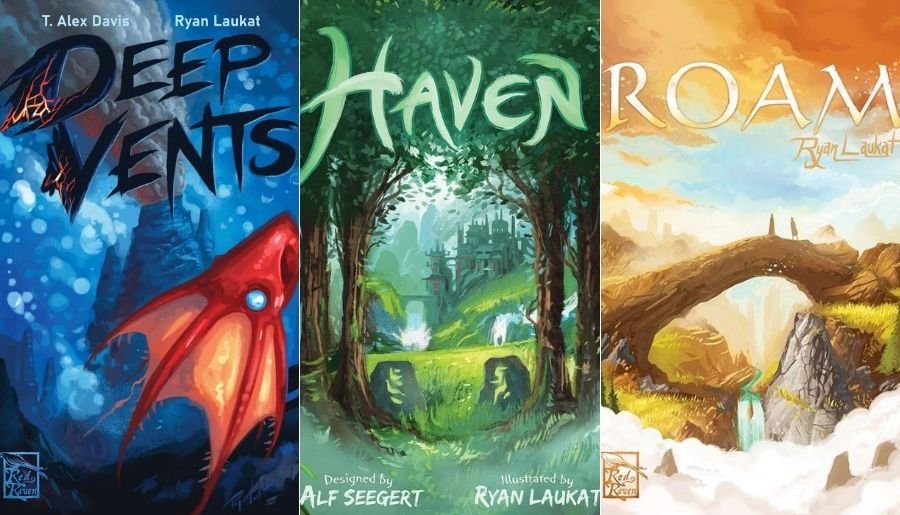 3 brand new games from Red Raven Games make their way to Tabletopia, and apart from looking absolutely stunning (thanks to one-stop-game-machine Ryan Laukat who illustrates AND designs AND publishes), they've all got their own unique styles and strategic flourishes - brought to you by designers Ryan Laukat, Alf Seegert, & T. Alex Davis. You can play them all for yourself on Tabletopia right now! 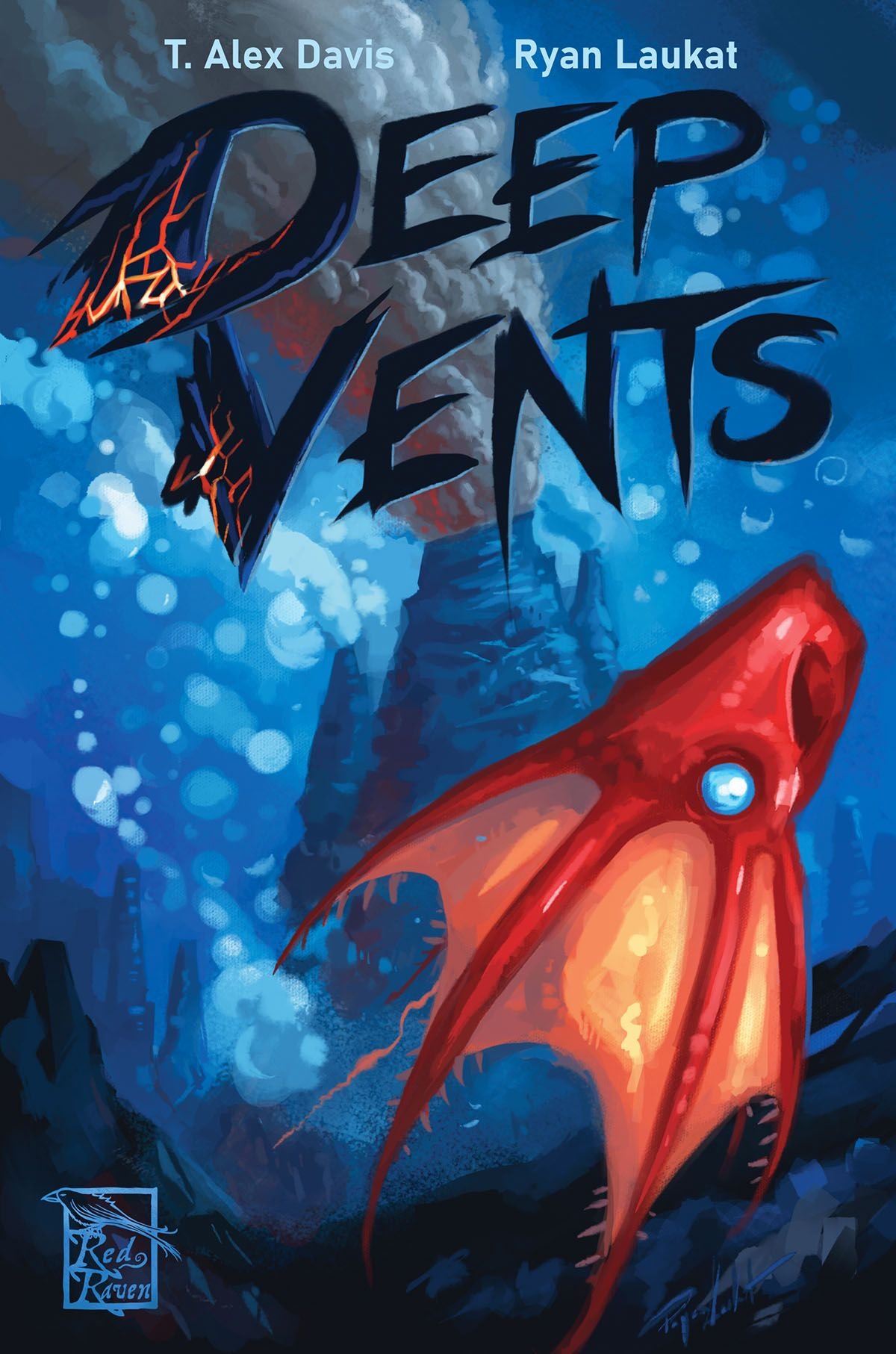 Along cracks in the ocean floor, plumes of black and white superheated water pump relentlessly into the depths. They provide precious heat to the near freezing abyssal waters of the deep as well as a bounty of minerals. Microscopic archaea and other extremophiles live off the heat and minerals to form the base of a unique food chain that hosts a variety of exotic deep sea creatures.

In Deep Vents, players each control their own hydrothermal ecosystem to which they add new life and geological features each turn, competing to survive in the unforgiving depths by being efficient and preying on nearby systems with a host of strange and deadly predators. 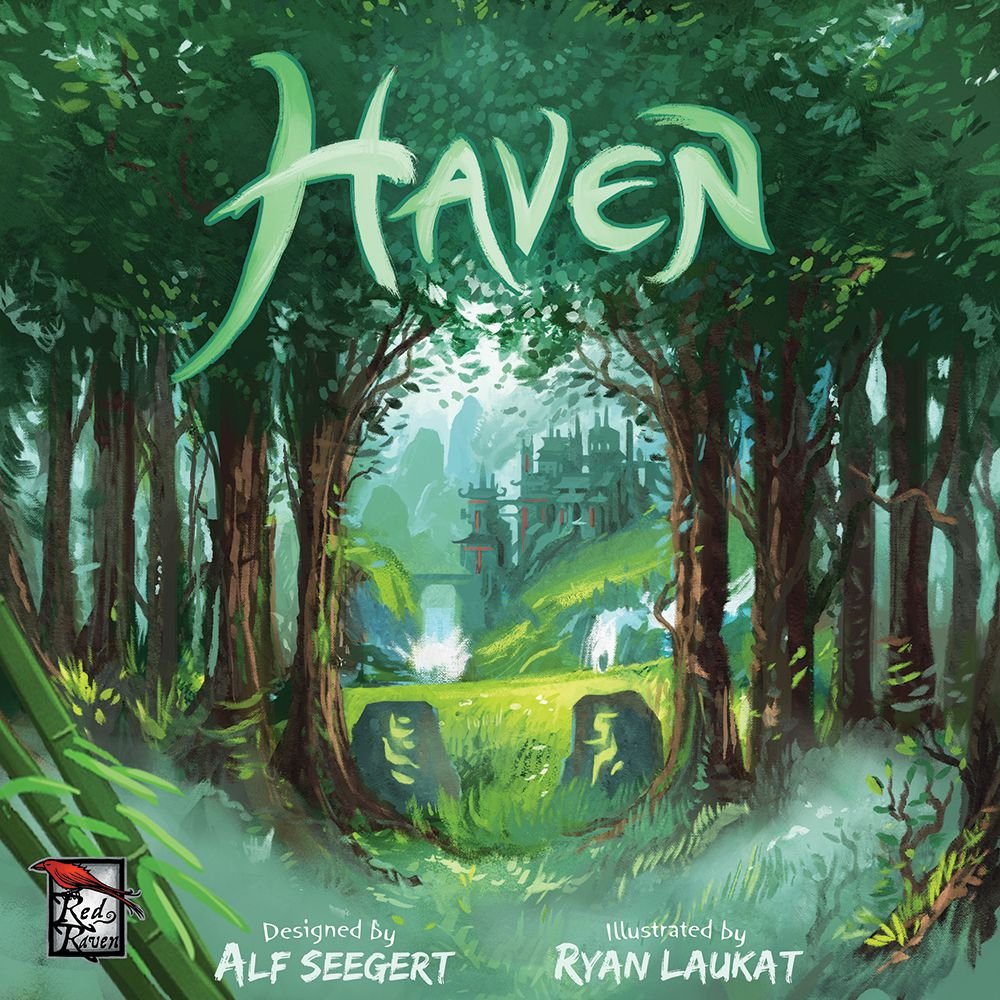 The mystical forest has been home and haven to beasts, spirits, and forgotten gods for thousands of years. While the Haven Guardian slumbers, a nearby human village has grown into a city, hungry to control the powers of the forest. Can the forest creatures discover enough potent lore to defend their ancient home from the oppressive city — or will the city use this lore to power their machines and turn the forest against itself?

The battle for Haven begins!

In Haven, you and your opponent battle for control of a mystical forest. The Haven Guardian, spirit of the forest, sleeps deeply and can no longer protect its kingdom. One of you controls the city in an effort to master the vulnerable forest using "stone lore" and machines. The other plays as the forest and its creatures who defend their home with the aid of "leaf lore" and forest spirits. 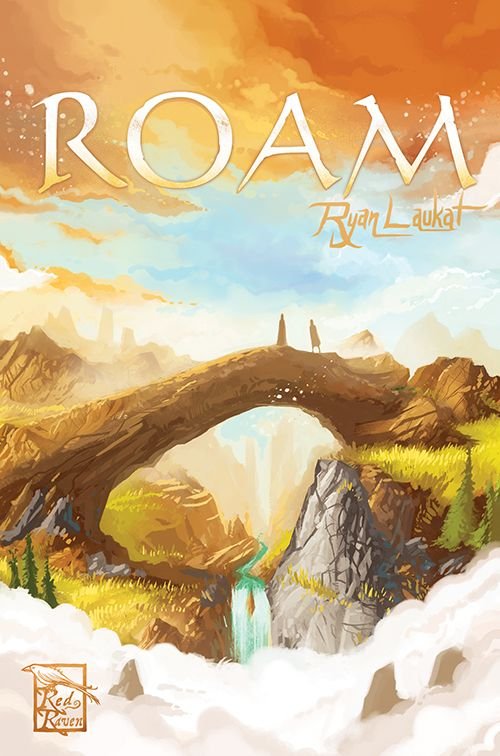 A great sleeping sickness has spread across the land, sending every type of creature to roam for hundreds of miles in a dazed, incoherent march. It's your job to seek them out and wake them from their sleepwalk, recruiting them to help you find even more lost souls!

In Roam, you and up to three friends compete to find lost adventurers. The game includes more than fifty unique, tarot-sized adventurer cards, which feature characters from Near and Far, Above and Below, and Islebound. The opposite side of each card depicts a landscape split into six squares, and two rows of three of these cards are placed in the center of the playing area to make the board.