Restrictions and some more... 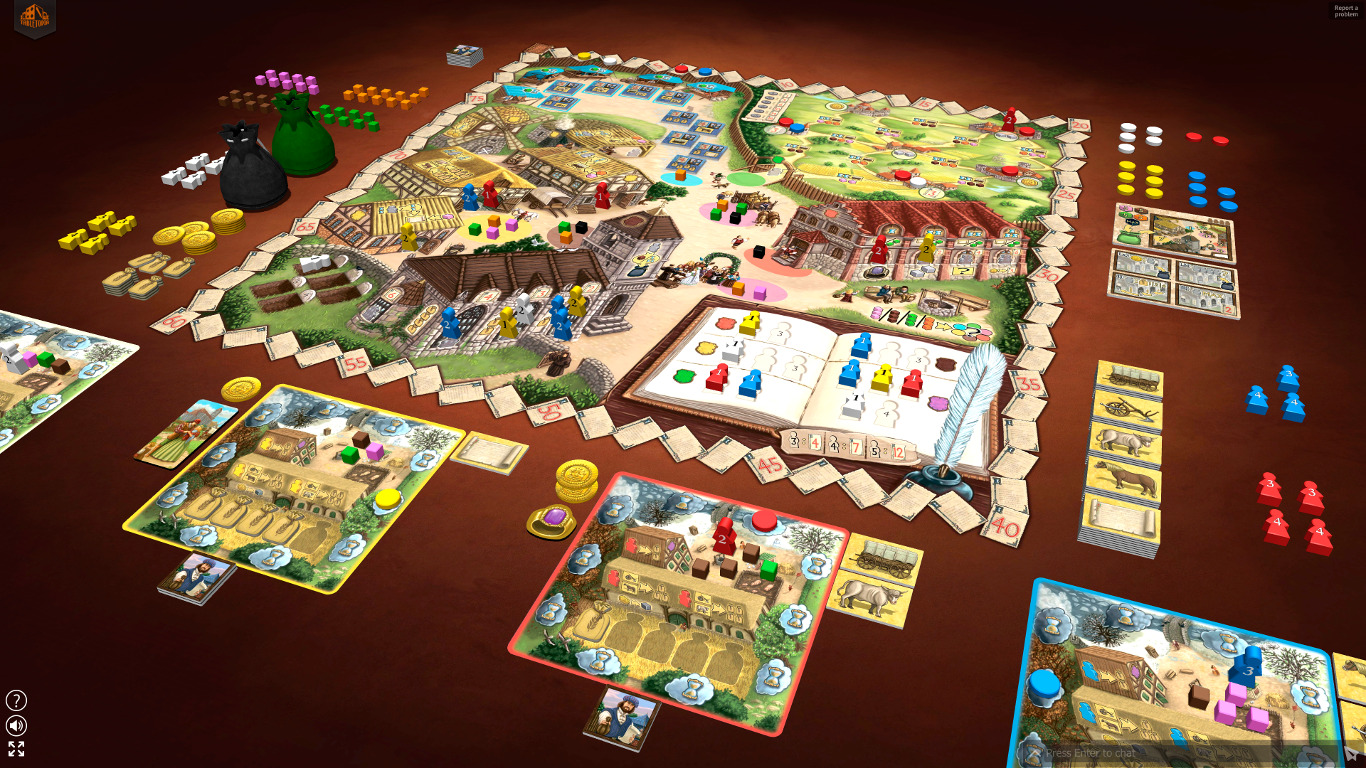 Today we would like to introduce our newest update which brings along some nice new features concerning an object's behaviour in a game.

Some users are wondering, "Why do we have so many confusing options, like Draw, Take, and Deal with different numbers, in a game where we need only to take one card a turn?" And now we have a relief for them, all the setup pages of your games contain the ‘Components’ part which allows not only to view objects used in a setup, but also provides means to tune those objects. It is very simple to set restrictions for an object now. You just need to click the gear icon in the lower right corner of an object, click several checkboxes in the opened window and save the changes. And do not forget to publish your setup if you want the changes to take into effect immediately.

There are three main reasons why you may want to set restrictions:

As an example of the restriction use, we have modified the setups of Keltis and Village.

Let’s take a look at the Keltis cards:

The first and the main option is ‘Interaction allowed’, we need to leave this enabled, so players will be able to manipulate the cards in a game.

The next block is used to restrict some actions concerning cards. We have left those actions active, enabling players to freely do whatever they want with cards.

The deck in Keltis consists from random elements, so there is no need to shuffle it during a game. The only enabled options in this block are ‘Deal up to 8’ and ‘Draw up to 8’ which allows players to keep a required number of eight cards in the hand in the end of their turn. The other options are superfluous and thus are disabled.

Cards should be taken into hand during a game and should not be stacked into new decks to prevent players from accidentally doing so when they are placing a card above the other one. The options are set correspondingly.

The last option ‘Randomize rotation’ is used rarely, mainly in games where there is a need to randomize an initial tile rotation. So in Keltis we do not check it on.

We have also restricted rotation of game pieces, and disabled all the actions in decks for game tokens. You can test the changes made just by following the link to the game page. Come and see it yourself! Another example of the game with object restrictions enabled is Village.

The meeples with disabled ‘Interaction allowed’ are used to hide several slots on the game board.

A number of customer tiles, taken from stack with radial menu, is limited to the maximum possible number (3 for two players, 4 for three players and 5 for four players).

The green bag ‘Take’ action is limited to the numbers which are used for a given number of players (e.g. 1, 2, 3, 5 for two-player setup).

There are some more restrictions made, please, check it yourself if you want.

But wait, that's not all! We have added another interesting feature which you can use in your games. Our game boards may become solid and thick now. Just like the real game boards! You can even set the color of a game board side. An example of such board is in the game Tatsu. Note that the game board is floating in midair. This nice visual effect is done by decreasing a size of the table.