A light strategy deduction game set in a fantasy world 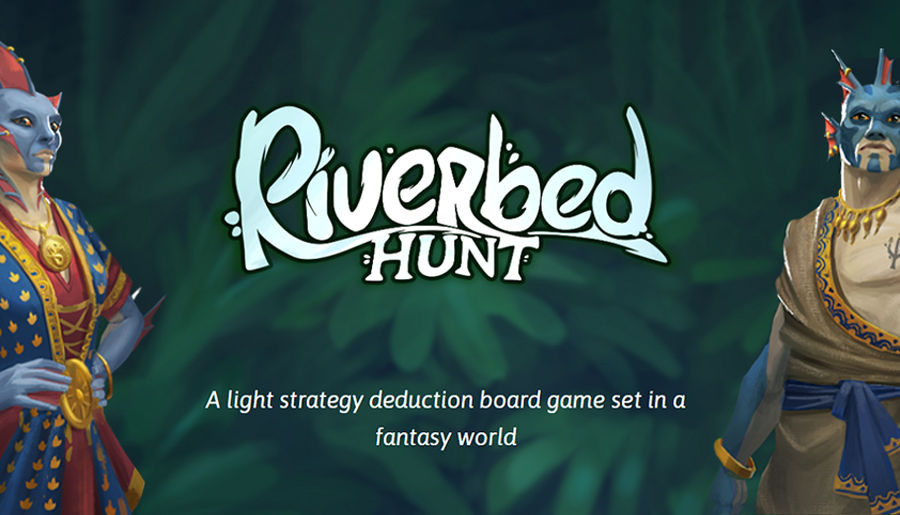 Imitating humans in constructing houses and large ships, tritons quickly became a trading folk and their agricultural villages flourished on the river bank of Ie.

Triton merchants are known for being able to provide extremely rare goods, such as dried starlight kelp seeds from Ie’s riverbed. Humans are willing to pay great sums for that, giving the triton merchants the incentive to search for it, extract and provide it to their markets. As a result, this trade endangered the survival of the plant.

A group of tritons, which the governing order calls “Separatists”, dissatisfied with the commercial policy of their fellow citizens and afraid of the outer world’s influences, started protesting and sabotaging the merchants’ trade of the sacred to them, kelp seed. Of course, there are those who try to take advantage of the whole situation and, in secrecy, exploit both sides for their own benefit... 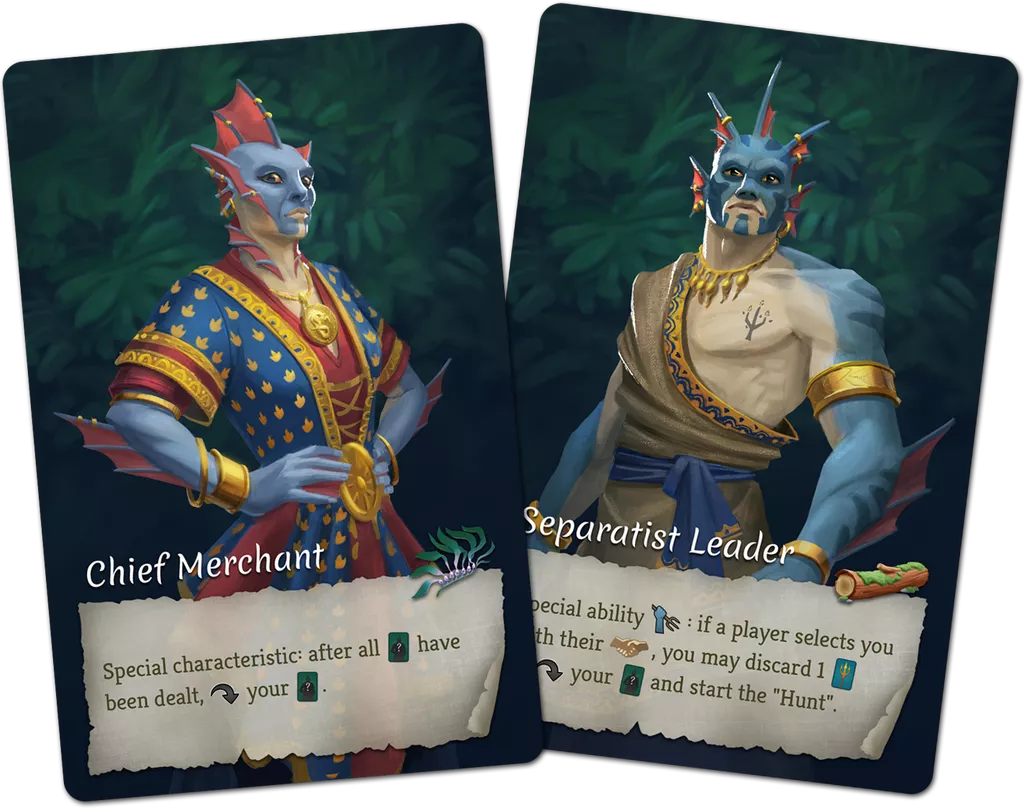 In Riverbed Hunt, players secretly belong to one of several factions and have to deduce who else is on their side in order to claim victory.

At the beginning of the game, each player will take a secret role card and, as a triton, they’ll dive into the river, searching for valuable items! These items (in the form of tiles) are randomly placed on the board spaces, so that no one knows what is hidden underneath each one. The players will move around from space to space, searching for information that will lead their side to victory.

Some tritons, the Merchants, will be after the rare kelp plants, aiming to export the kelp seeds to the humans. On the other hand, the Separatists will gather logs to create a dam and block these trades. Meanwhile, the Profiteer will be trying to take advantage of the situation and make the most profit, before the game ends. The players will perform a single action on each turn, so if they want to follow through with an effective strategy and reach their goals faster, they will have to guess who their teammates are correctly and cooperate with them in the most effective ways. 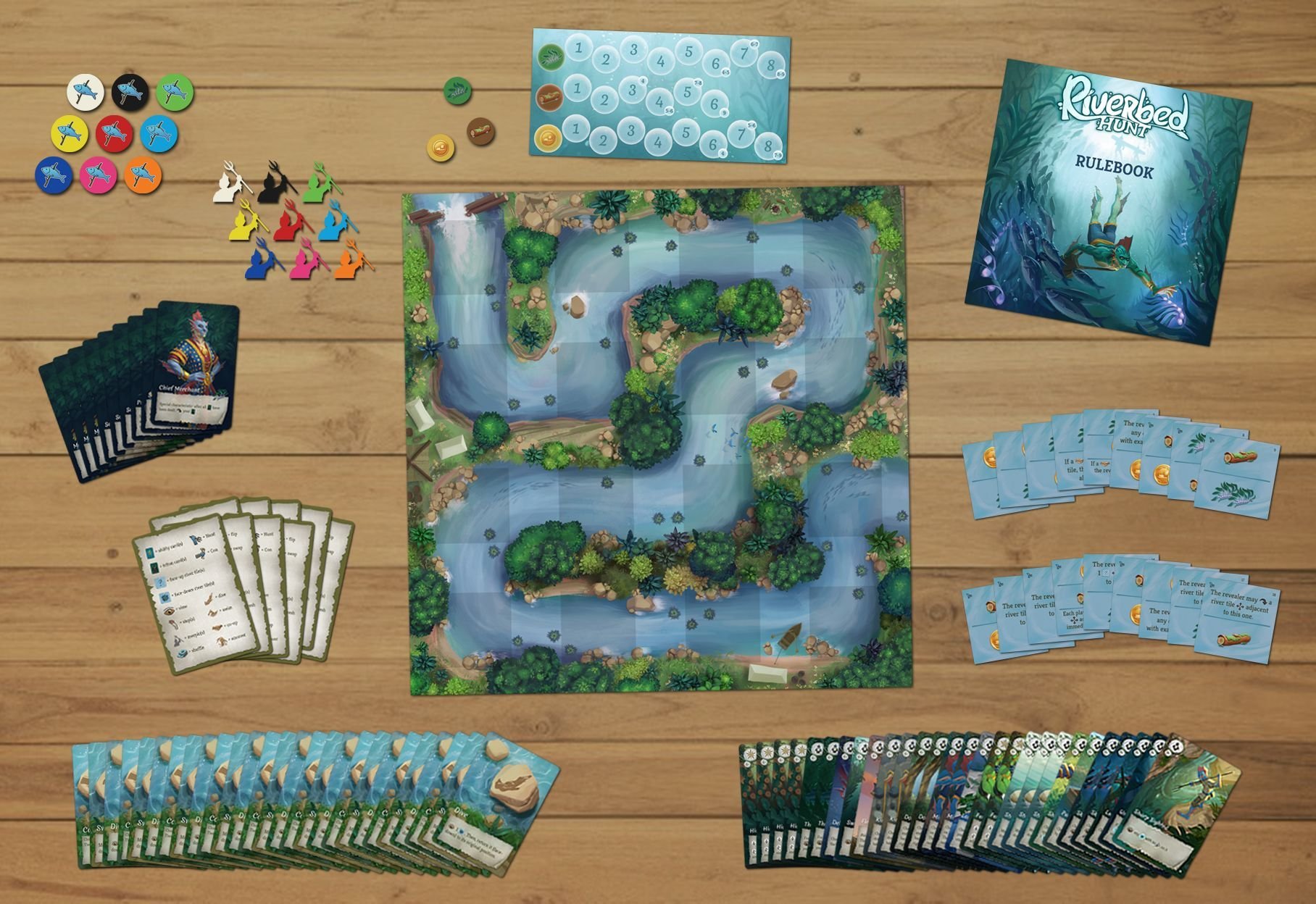