We All Sсream for Ice Cream!

Defend the ice cream, save the universe 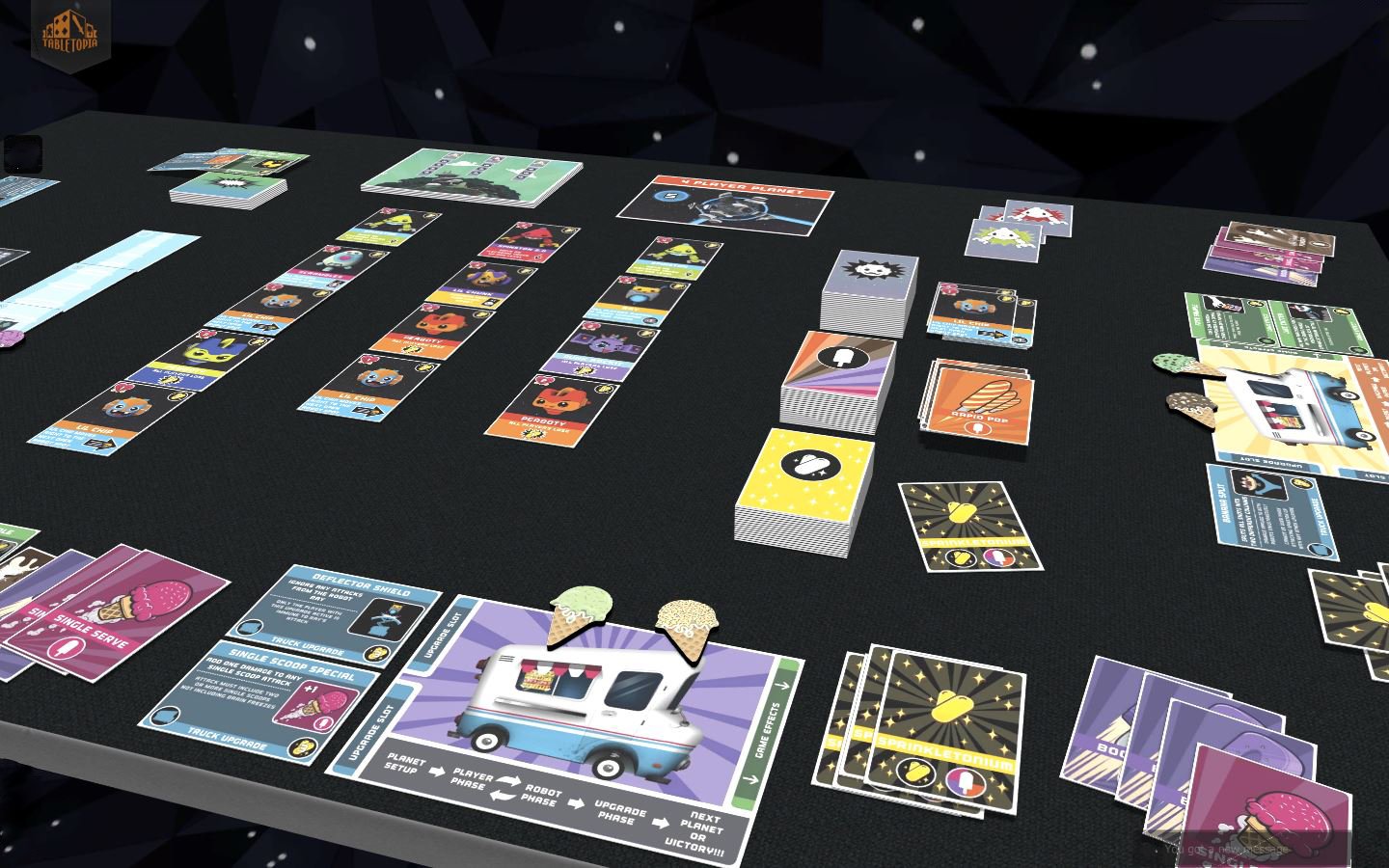 Play the game now for free online and check out the game's Kickstarter campaign. They need your support!

Your mission is to take control of an ice cream truck and use matching sets of weaponized "gelato" to ward off the enemy robots who want to steal all the ice cream.

Defeat the enemies on each planet and rescue the ice cream to score victory points and eventually save the universe!