A Right to Rule 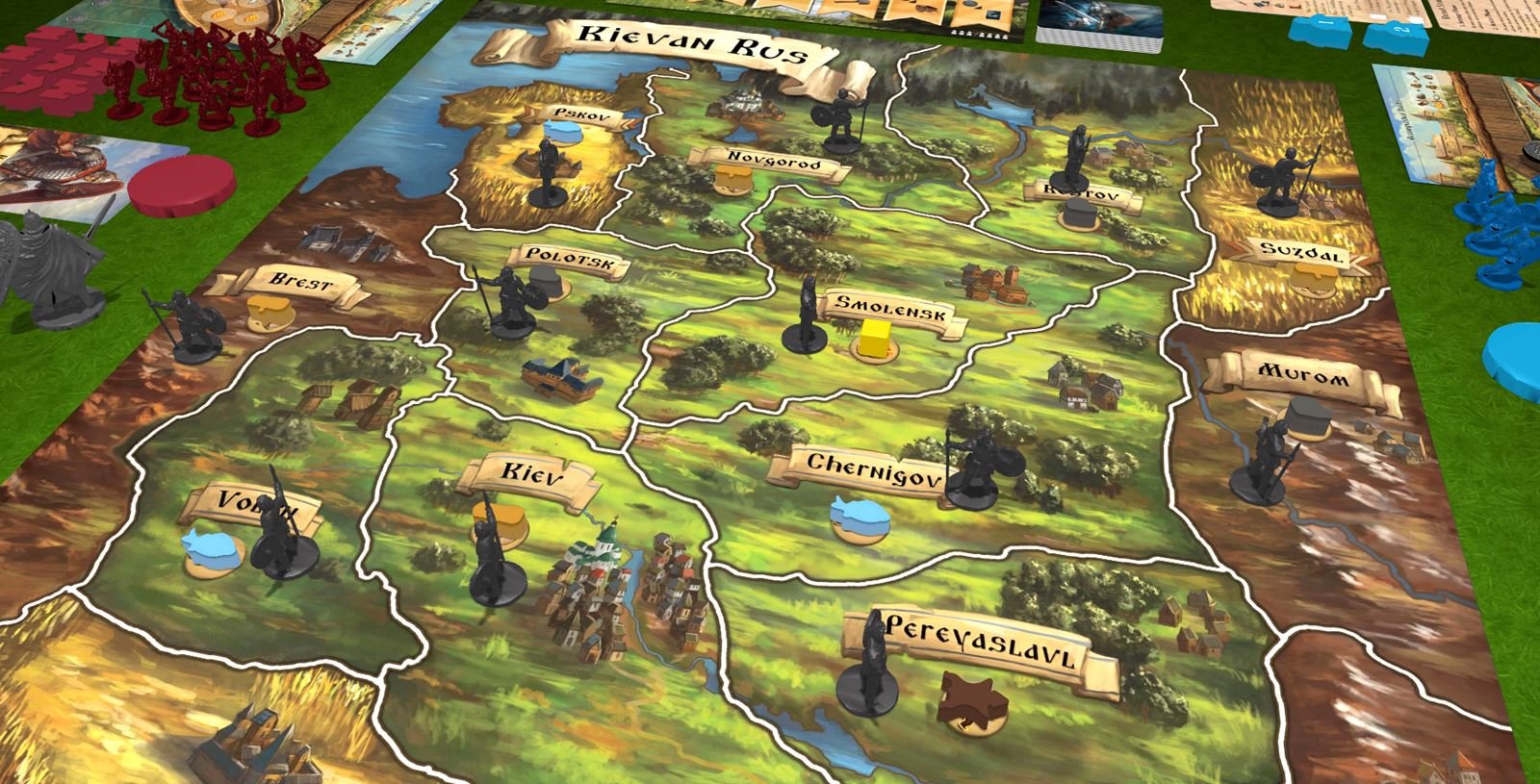 Establish your legacy in 1015, as one of Vladimir the Great's children and potential successor to the throne. Overcome a fierce power struggle between the heirs to rule as the next leader of Kievan Rus in Rurik: Dawn of Kiev, an upcoming area control and resource management game by PieceKeeper Games. 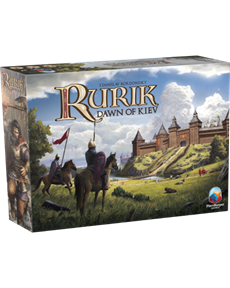 Rurik: Dawn of Kiev is a euro-style realm building game with a new mechanic - "auction programming." Players openly bid for actions with their advisors. Stronger advisors earn greater benefits at the cost of performing their action later than other players. Conversely, weaker advisors earn lesser benefits but perform their action quickly. This planning mechanism adds a fun tension to the game. Although deploying your troops for warfare seems to be the easiest path for success, the people value a ruler who leads well in a variety of endeavors. Construct buildings and perform great deeds or pursue your own agenda by ruling large areas of land and collecting tribute. Will you win over the hearts to become the next Grand Prince or Princess of Kiev?

You can support the game's first physical release on currently ongoing Kickstarter!