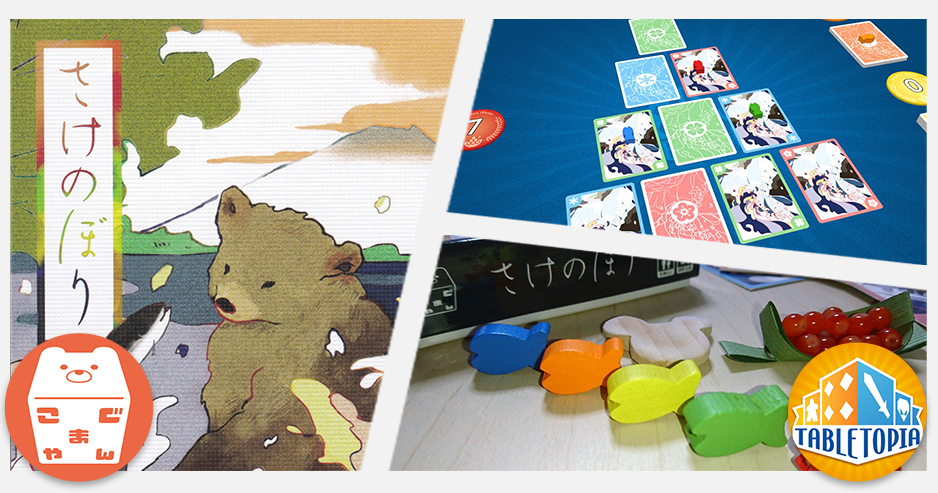 In Sakenobori / さけのぼり (which means "salmon run"), players want to move their salmon upstream as far as possible to lay eggs (ikura, or salmon roe).

Each of the three rounds plays out the same way. Players each have a hand of five river cards and one bear card. At the start of the round, players take turns laying down cards face down one at a time in a pyramid shape until each player has placed three cards. Then players take turns placing their salmon on a card in the first row.

Players then take turns in an action phase in which they optionally swim their salmon to a new location, jumping occupied spaces and revealing the card where they land, if it were hidden. Land on a bear and you're out for the round unless you can counter with a bear from your hand. After moving, you can either place a card from your hand face down to add to the river or pass. Once all players pass in turn, the round ends and players then collect ikura tokens equal to their rank in the pyramid.

In the third round, players score an ikura bonus depending on their final rank, then whoever has collected (a.k.a. spawned) the most ikura wins!

This game was previously only purchasable at the Tokyo Game Market (or at select board game shops in Japan), but it's now free to play on Tabletopia!