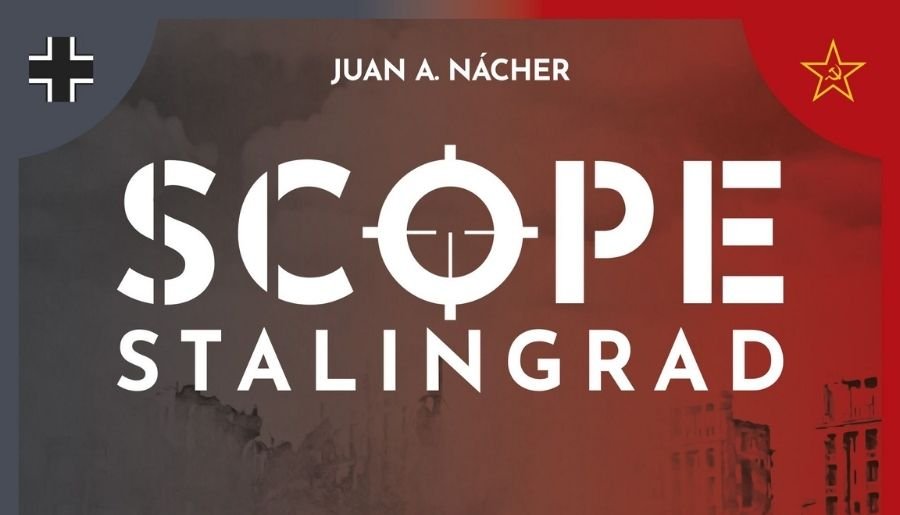 SCOPE is a 2 to 4 player game, set in the Battle of Stalingrad, where players take on the role of sniper teams on both sides. The objective of the game is to eliminate the enemy snipers or enemy troops for a total value of points depending on the scenario being played.

A fast and immersive game of 5-15 minutes per match, with various levels of difficulty and rules that are explained in two minutes on the clock. When you try it, you won’t be able to stop playing it.

SCOPE is a game of strategy, cunning, and bluffing that will make you feel like a real sniper, searching and selecting your targets, shooting wisely and changing position so as not to be discovered and eliminated.