Pirates and Privateers fight each other on the high seas 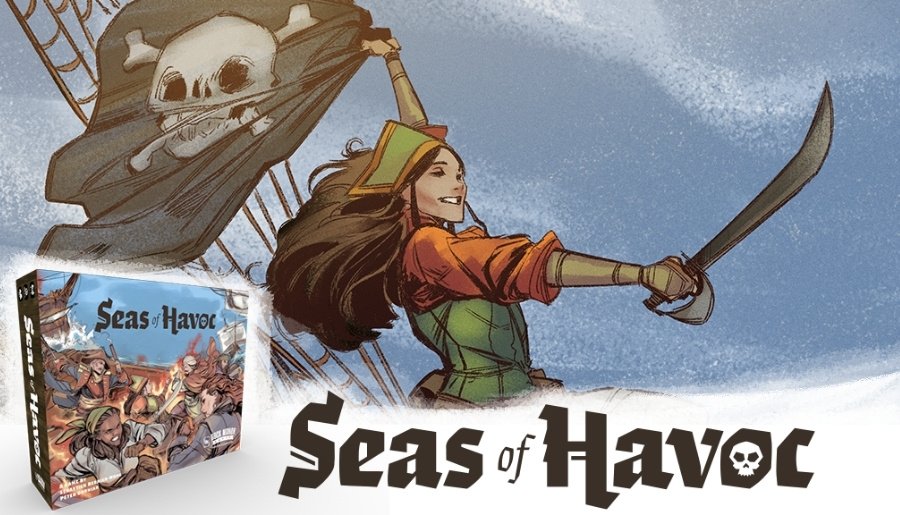 Seas of Havoc is a naval skirmish game for 1-5 players where you captain a ship and engage in battle through the use of a deck of cards that dictate your ship’s movement and cannon fire. Each player begins with a unique deck of movement options defined by the ship they’ve chosen and special abilities dictated by the captain they’ve selected to command it. Players then compete to gain the most Infamy by recovering shipwrecks and battling it out on the high seas.

Take the role of a ship’s captain, firing upon your opponents as you sail among the Archipelago of Havoc’s isles.

Ship movement, cannon fire and other abilities are each represented as cards in a deck unique to each player and that will be built up over the course of the game. 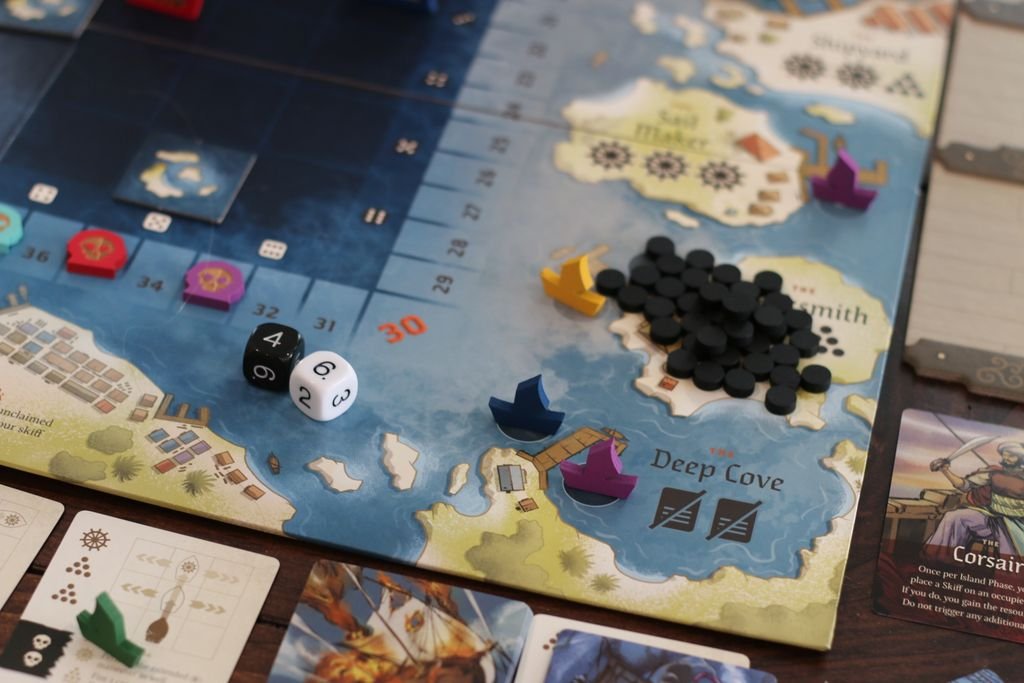 Seas of Havoc was originally conceived in 2013 (as Sloops) before garnering recognition at the Cardboard Edison Awards and winning the Canadian Game Design Award in 2016.