Beyond The Stygian Portal

Save Haven town from annihilation at the hands of a horde of monsters from beyond the Shadowrift, in this new deck-building game from Game Salute. 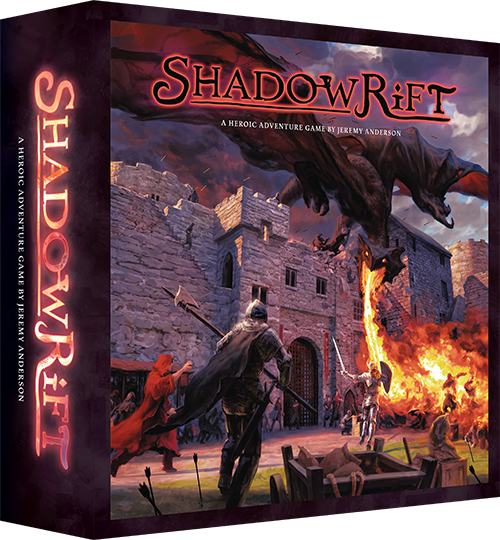 In Shadowrift heroes must band together and fight against monsters, while learning new attacks, spells and skills. Cards in your deck will define you as an adventurer and complement the strengths of your fellow heroes. Unlike other deck-builders, there is constant interaction with your fellow players as you figure out who will gain which benefit from the limited supply of townsfolk, offer their coin to help construct walls, and seek healing from anyone who's learned such magic. Since the monsters won't stop coming until the last Shadowrift is sealed or the town has been built into a mighty fortress, you'll need every boost you can take.