A treasure hunting and a territory conquest board game 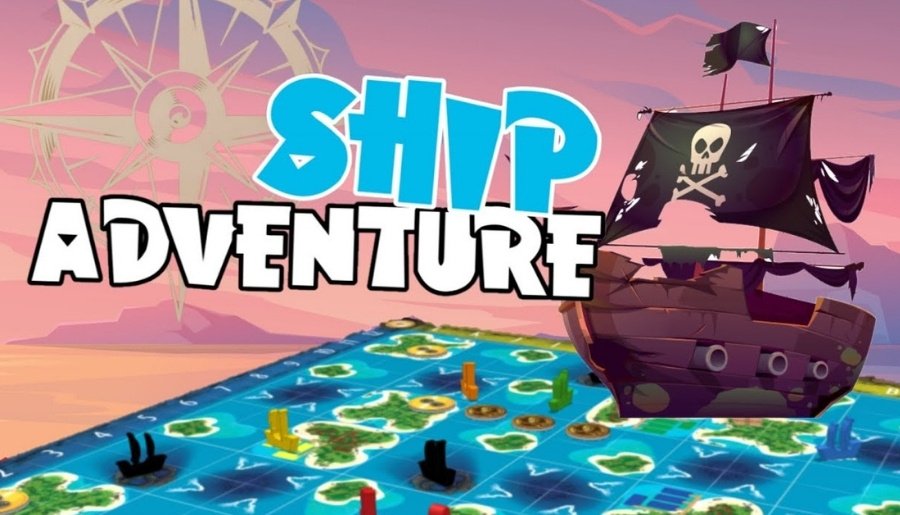 Do you want to explore cities, temples, jungles and islands? Hunt treasures and a lot of gold? Fight pirates and players? Go for an epic conquest of the Caribbean? Then Ship Adventure is made for you! The board of Ship Adventure is made of 36 tiles that allowed an unimaginable number of board combinations to make each playing experience unique.

Ship Adventure is a 2 games in 1 with a treasure hunt mode and a conquest mode.

In Ship Adventure - Treasure Map, players move their ship and crew on the board, choosing the quickest itinerary to reach cities, temples, treasure tokens and pieces of treasure map. Along the journey, they are going to purchase equipment to boost their ship so they perform better score when launch their dice during fights. The game end when a player has gathered the 4 different pieces of treasure map and has reached the coordinates indicated on the puzzle formed by the 4 pieces on the board.

In Ship Adventure - Caribbean Conquest at each turn player move their fleet and armies on the board in order to take the control over strategic points. Each strategic points gives gold coins at the end of the turn which are used to purchase equipment and new units. The game ends when a player controls the majority of the strategic areas or when a player has been eliminated. 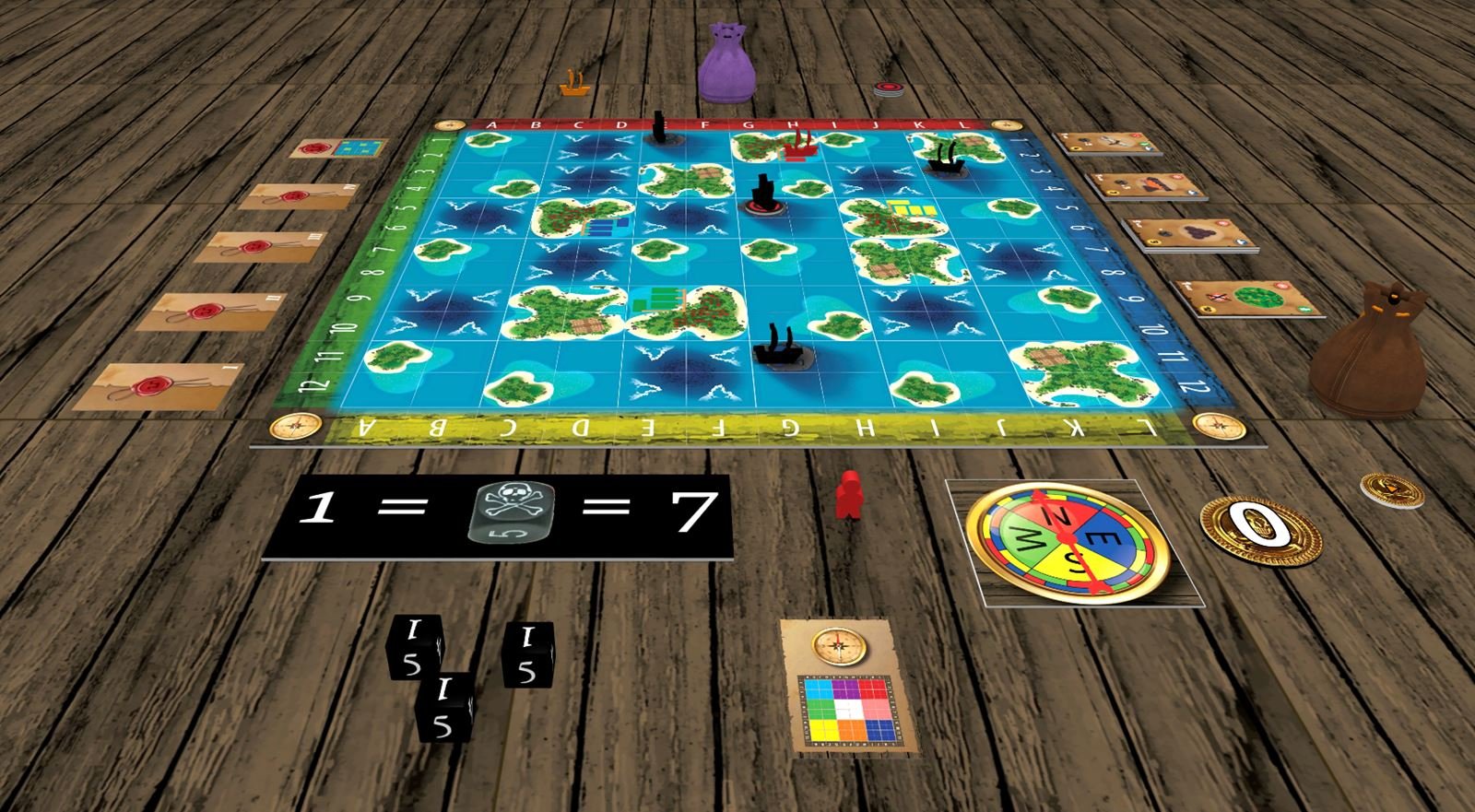