Work together, but DON'T SPEAK! 🤫 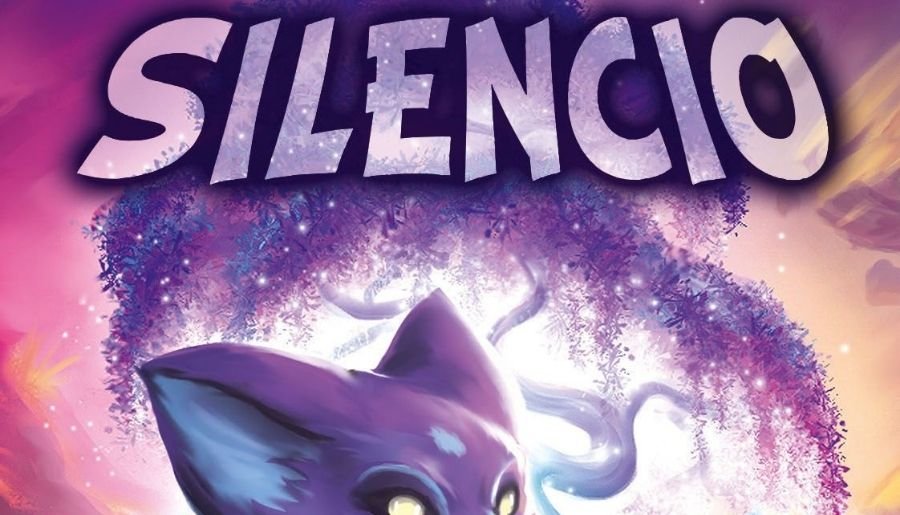 In Silencio, all players form a team together, a team that cannot speak to one another.

You each start with a hand of cards from four suits, and your goal as a team is to discard as many cards as possible — but each card played must have a higher value than the previously played card of the same suit. If a newly played card is the direct successor of the card last played of that color, then you orient the card to show its dark side and suffer the penalty from that card, with the green penalty, for example, forcing the next card played to be green while the blue penalty requires you to give another player one of the face-up cards available from the Oracle. 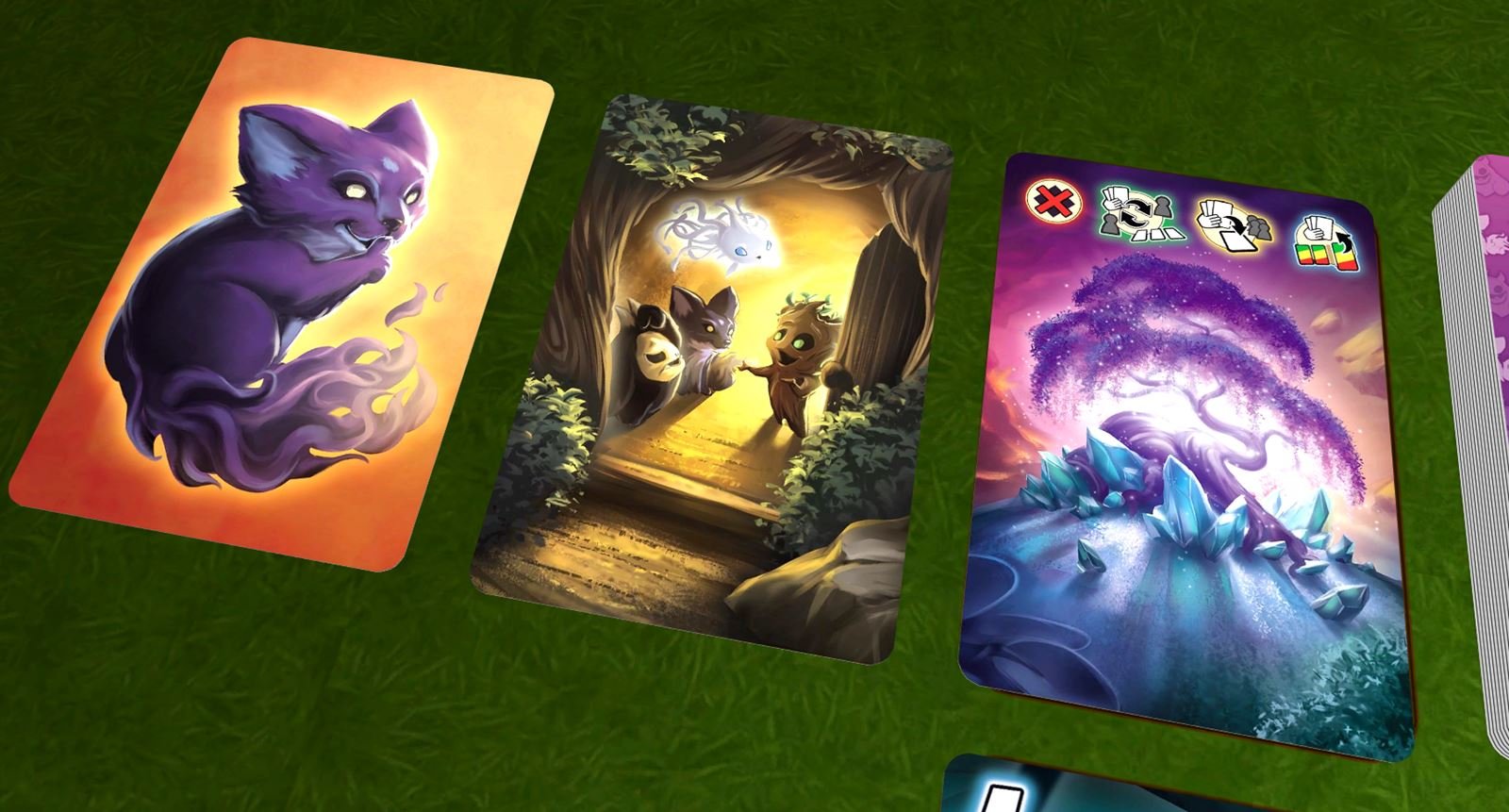 If a newly played card is not the direct successor of the card last played of that color, then you place the card with the light side face up, taking the bonus depicted on that half of the card if you desire, such as ignoring the next penalty or placing a card from your hand face up in front of you so that anyone could play it.

Five shrines are play — one multicolor shrine and one of each color — and before or after your card play for the turn, you can choose to flip a shrine face down to use the bonus of that color. 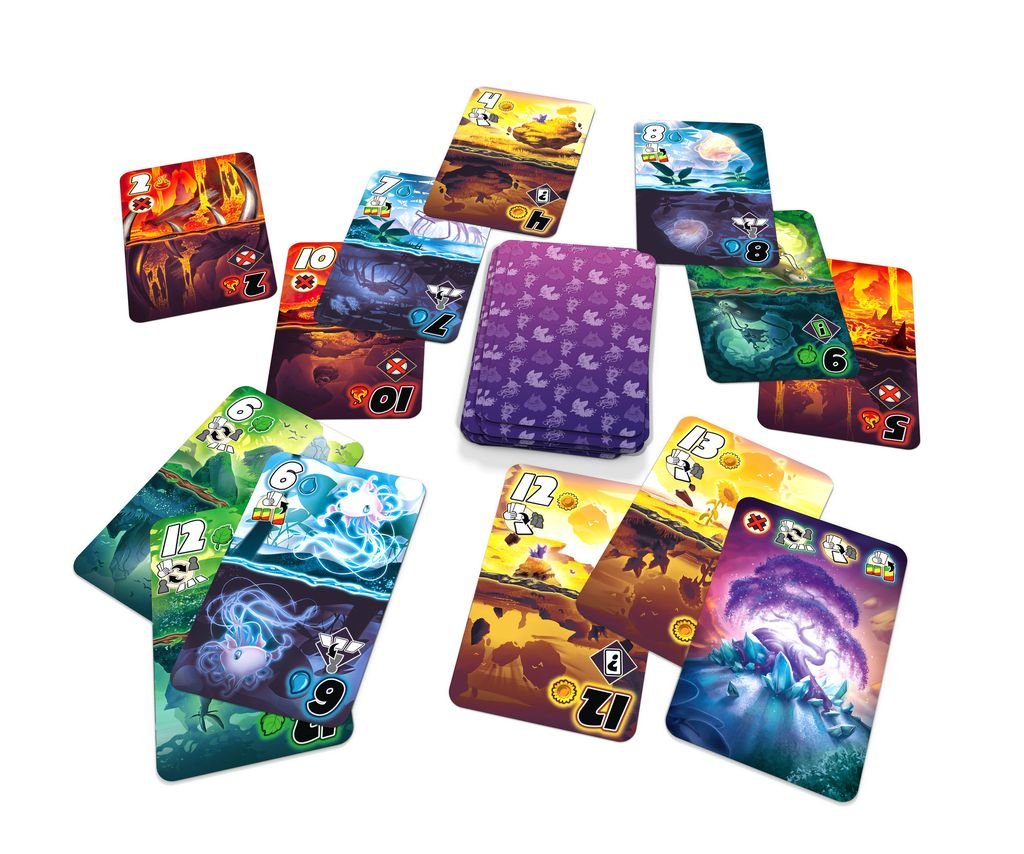 If you can't play or have no cards in hand, you must pass, and if all players pass in turn, then the game ends. Your score is based on the number of cards in all players' hands, with 0 being the best score possible. If you find the game difficult, you can include the tavern card that a few times each game allows a player to give limited information about their hand; if the game is too easy, you can remove some or all of the shrines to eliminate those "extra" bonuses.