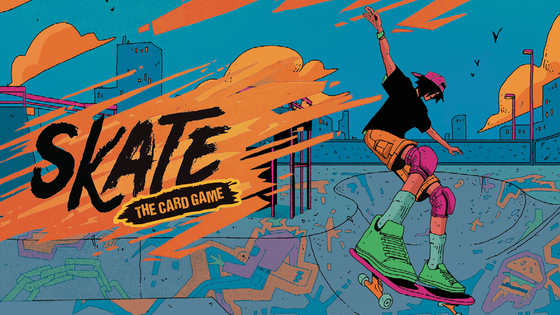 Skate: The Card Game is a casual, fast-paced tabletop game for 2-4 players (or up to 8 players with two copies of the game). The goal is to land five tricks before your opponents — without eating pavement!

An average session lasts between 15 to 45 minutes and can be enjoyed by skaters and non-skaters alike.

A unique, two-card hand limit lends itself well to the fast-paced nature of the game while offering the opportunity for strategy derived from sparsity.

The game was designed by Christian Shelton, a digital marketer who has worked with Hunters Entertainment to bring multiple tabletop games to life via Kickstarter, such as Alice is Missing — whose illustrator also illustrated this game! — and Altered Carbon: The Role Playing Game. 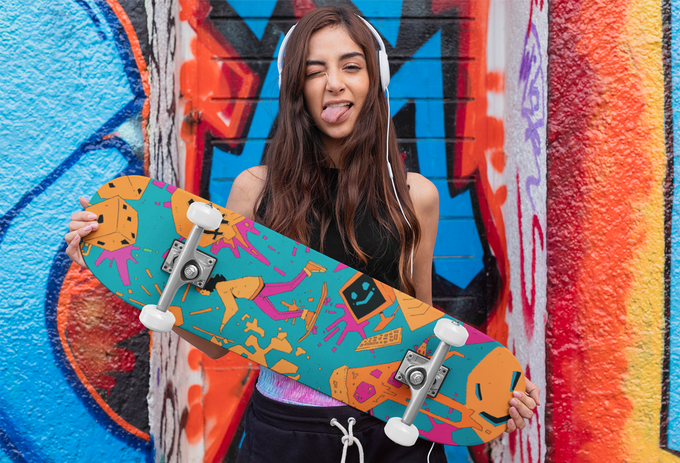 You can pledge for a custom skateboard deck with unique artwork!

Skate: The Card Game is Christian's debut game and melds together his two long-time passions: tabletop gaming and skateboarding. It was designed for fans of one, the other, or both!