Defense of the Temples

Draft a team of legendary heroes from four asymmetric factions and lay siege on your opponent's temple in Skytear, an upcoming card-driven miniatures game by PvP Geeks. 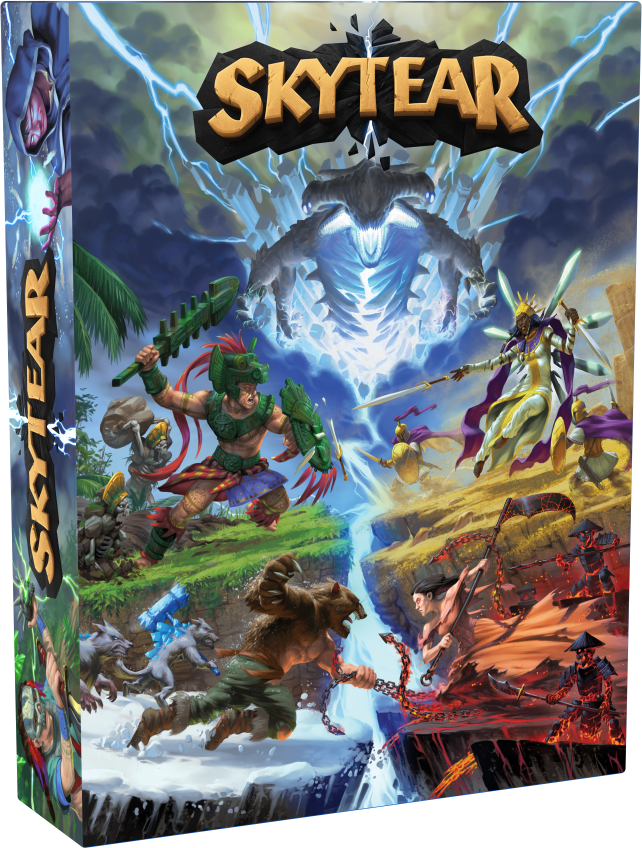 Skytear is inspired by MOBA videogames. The eight drafted heroes will face each other on a hex-based arena with a streamlined action point system. Throughout the game, there will be a constant tension between attacking enemy heroes and pushing forward with your minions to control the two lanes of the arena. Your hand of Power Cards is what will make the skirmish fights always different and surprising. These are special moves your heroes can perform anytime, even as a reaction to your opponent’s moves (because of these cards, there is essentially no downtime in the game). If you like, you can build your own deck of Power Cards for each of your heroes to customize them and create unexpected synergies and combos.