Become the Capital of the Sky! 🪂☁

Announcing Skytopia: In The Circle Of Time 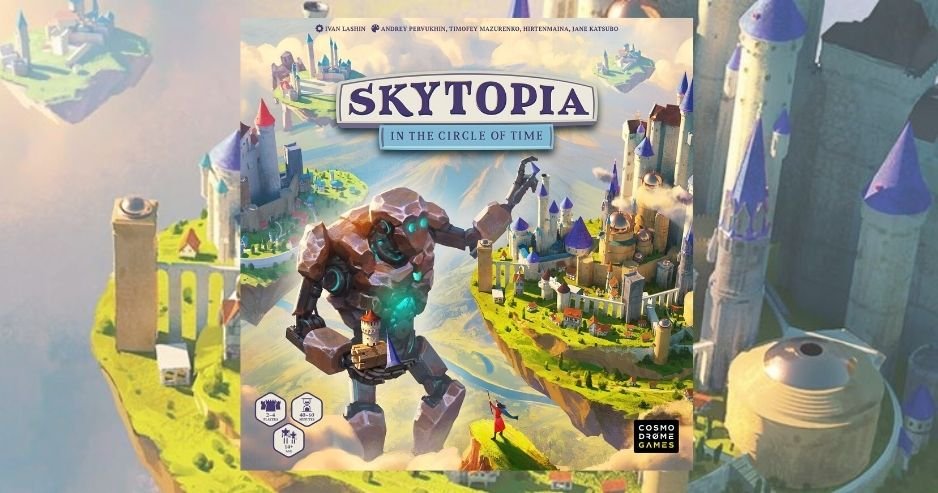 “Skytopia” is the engine building euro-game about the rivalry for the prestige of your city in the sky.

Every hundred years one of the cities is awarded the title of capital of the sky. To succeed, сity leaders awakened the forces of nature and called the golems to help them in the construction. Each player controls his city and tries to construct lots of beautiful soaring towers and get the prestige points.

In this game time matters: you can perform the construction of the building quickly, but then pay more resources for it. There is an original gear-clock, which will determine the cost of adding new building to your city in the sky.

The player's turn consists of two phases: building completion phase, when you will place the building on your pad, and worker-placement phase when you send a golem on the construction site.

Every building on your island is very important! Every time you build something, you may activate some cards, which have been built earlier. So, step by step, you build your own engine of the game.

The player needs to plan the city development very strategically: the value of your buildings, the influence of the guilds and the time of every your action are important to come to victory.