Play these (round) football games on Tabletopia ⚽ 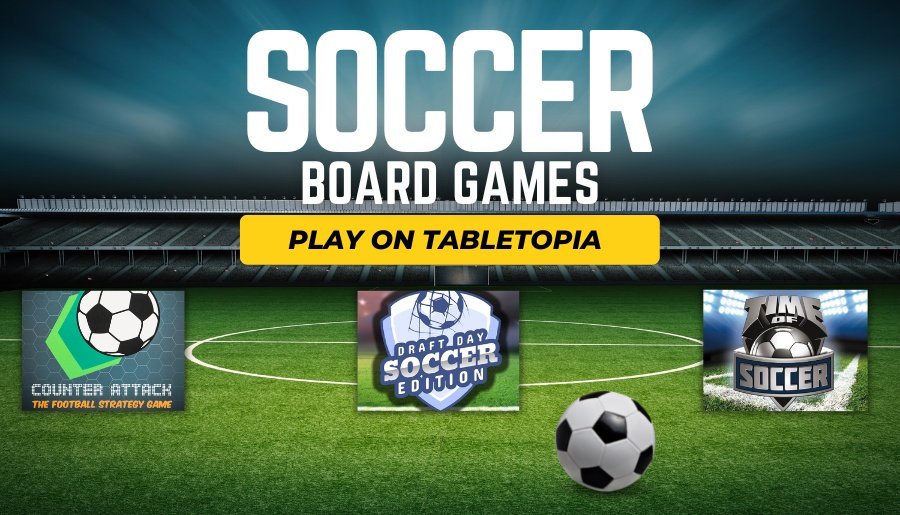 If you're currently cheering on your favourite team in the World Cup (or you're lamenting the loss of yours), then you've probably been bitten by the soccer bug! Test your skills against your friends with these three soccer-themed games - all playable on Tabletopia for free!

Counter Attack is a football (soccer) strategy game which lasts for 90 minutes. The two opponents each control a team of 11 players. Every player has a unique set of skills that the managers try to best utilise during play. Managers control how the players move, pass, dribble, tackle and shoot.

Duels between players on the pitch - whether tackles, shots or headers - are determined by a combination of the unique player skills plus a dice roll.

Counter Attack features everything you'd expect in a game of football, from corners to free kicks, penalties to red cards and injuries.

In Draft Day: Soccer Edition, you'll take the role of a Soccer Manager.

Build your team from scratch, improve your club's facilities, develop your players' skills and more.

In this Draft & Write style of game, the player with the most victory points at the end of the game is declared the winner.

Are you up to the challenge?

In Time of Soccer, you'll take control of a football team for one season. In the game, you'll have to sign football players and club employees, like coaches, scouts, and community managers....

For you to do this, you have to manage the economy of the club, for example, you can sign advertising and tv contracts.

Every week you'll compete in the city for the best football players, and at the end of this, you'll play in an exciting match where the level of your team will be considered.