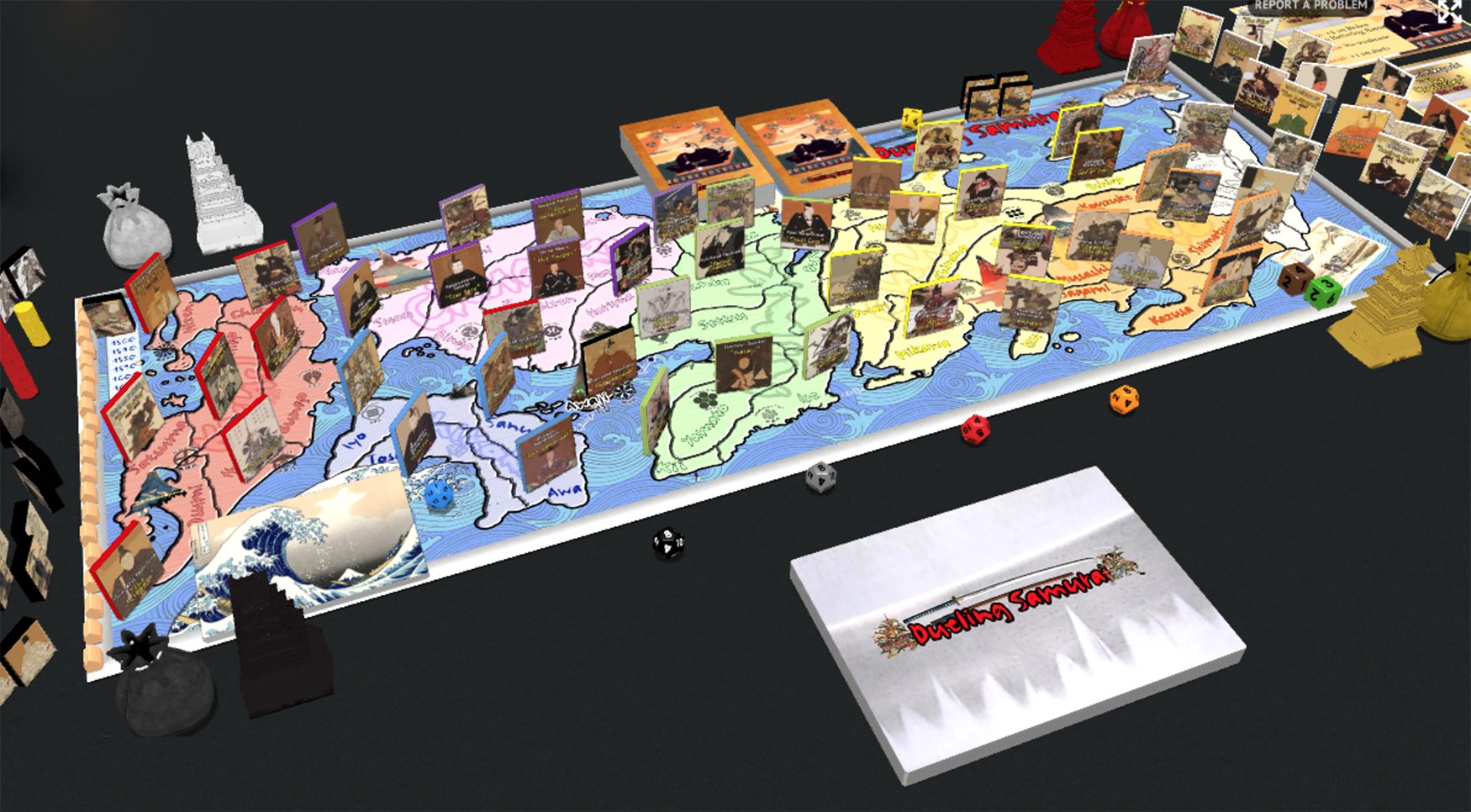 Conquest of Speros is a quick game of area control and resource domination.

Four competing races work to exercise their dominance over the rich and beautiful land of Speros and to control its valuable resources and ancient Artifacts. You lead a general and his minions, and your mission is: Secure the land and destroy anything that gets in your way!

In Operation F.A.U.S.T. (Fine Art Underground: Stolen Treasures) players take on roles of independent art patrons in occupied France during WWII and work to acquire the most prestigious collection of art treasures through bluffing and deception.

Take risks, use cunning misdirection, uncover and remember where valuable art resides, and employ strategies to be the first to earn $1,000,000 and win the game! 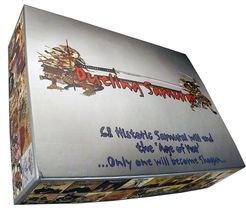 Dueling Samurai is an epic game of conquest featuring 68 historic warlords. You'll lead a clan and use your alliances across Japan to end the Age of War using both war and peace.

The game features highly risky card play with rich thematic element where your every move could make or destroy your goal of domination. Immerse yourself in a world of combat, diplomacy, spying, and culture.

Don’t miss your chance to back Dueling Samurai on Kickstrater now!