Explore Siberia with the Stroganov merchants and Cossack hunters 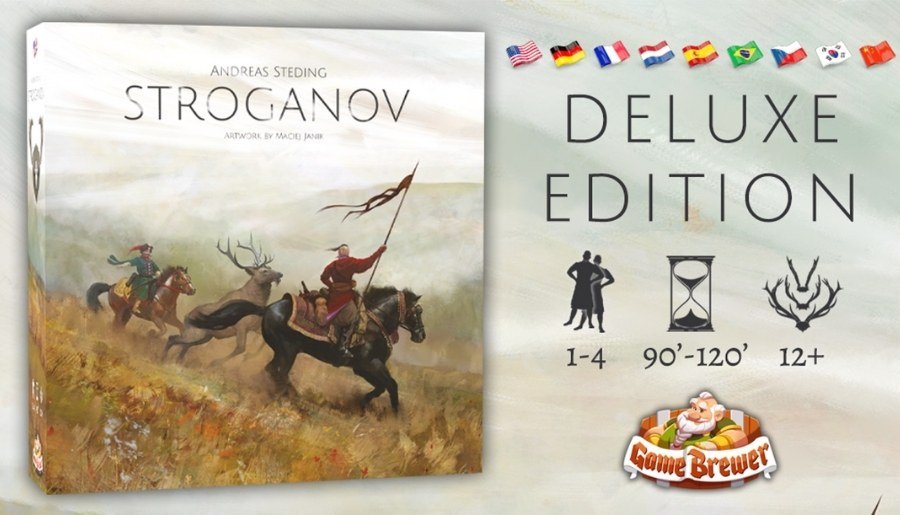 In the 16th century, a family of merchants and entrepreneurs by the name of Stroganov attracted the attention and favor of the Tsar. Wishing to align with their wealth and power, he granted the Stroganovs lands and privileges with which to continue their enterprises. Near the end of the century, the Tsar enlisted the help of the Stroganovs to extend Russia’s reach into Siberia, the vast landscape from the Ural Mountains to the Pacific Ocean, which had proved complicated and difficult to conquer. The Stroganovs hunted and traded furs in the region, recruiting Cossacks to do the work. “A” path was opening to the east.

In Stroganov, you’ll play as members of the powerful Stroganov family, urging your Cossack hunters to explore eastward across Siberia. In the fairer weather of Spring, Summer, and Autumn, your Cossacks will explore, hunt for valuable furs, and establish outposts. As they travel, they’ll gather stories to turn into songs to be sung when they return home for the long harsh Winters. Your growing influence in Russia depends on the continued favor of the Tsar. Fulfill his wishes in Siberia to sustain your power and bring honor to the Stroganov name!