Race to locate, target, and take out your rival in this puzzley sniper duel. 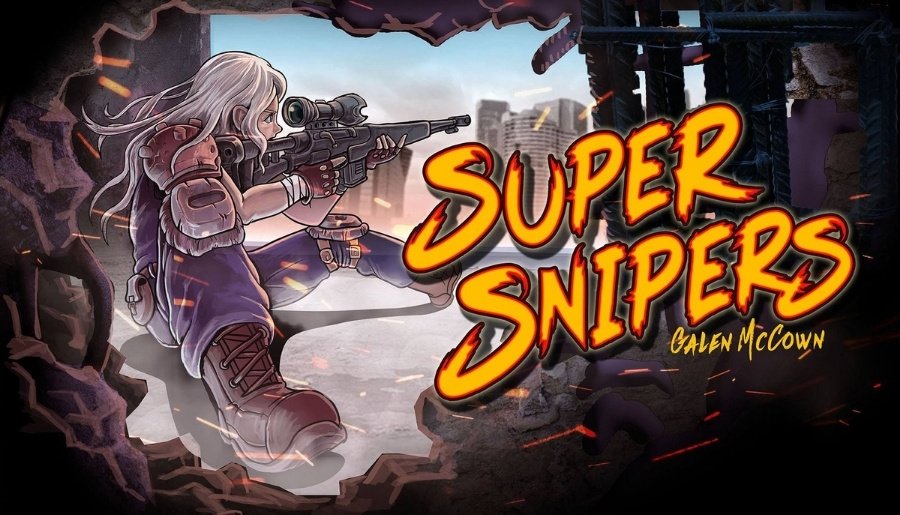 In Super Snipers, players assume the roles of genetically and cybernetically enhanced soldiers, each racing to locate and kill the other Super Sniper first. They do this by placing polyominoes (called “Focus”) onto grids. They must locate their opponent, isolate innocent bystanders, and make their kill. The first player to make 3 kills wins.

Super Snipers has a simultaneous turns Duel Mode, a real-time Quickdraw Mode, a solo turn-based Contract Mode against an automa, and an intense solo real-time Hostage Rescue Mode against two automa in a hostage situation. 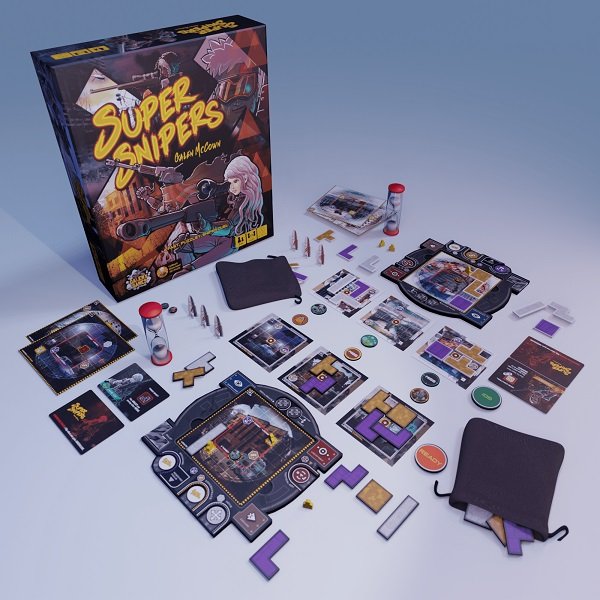