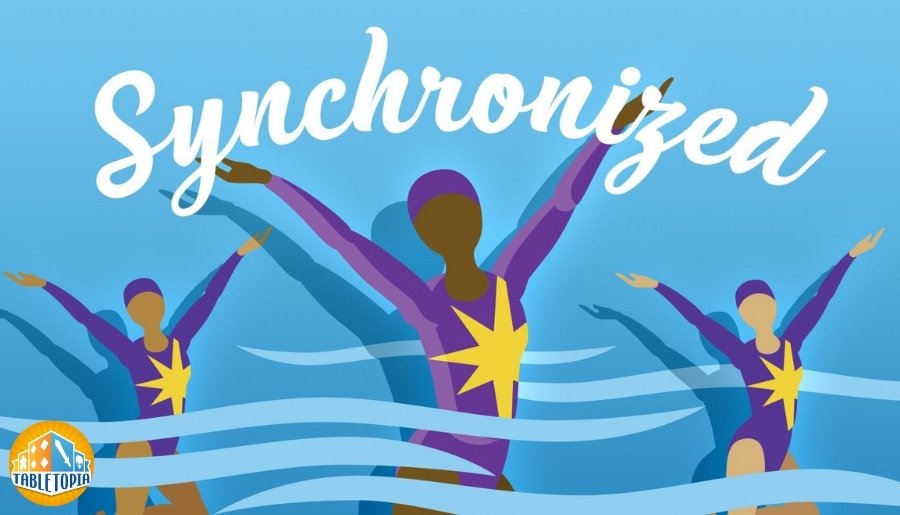 Memorize your routine, and recreate it all with cards. The team with the highest score after four rounds wins Synchronized!

Every round is in three phases: Rehearsal, Competition, Performance.

In Rehearsal, both teams will lay out a routine with 6 to 11 pose cards and memorize the sequence. Once a team has their routine memorized, they grab the whistle to end this phase for both teams, and cards are flipped face down.

For the Competition, a duplicate deck is dealt among team members. Players place cards face down below their corresponding rehearsal cards.

Once both teams are done, each team will Perform, flipping and comparing all their cards. For each matching rehearsal and competition card pose, they score a point. 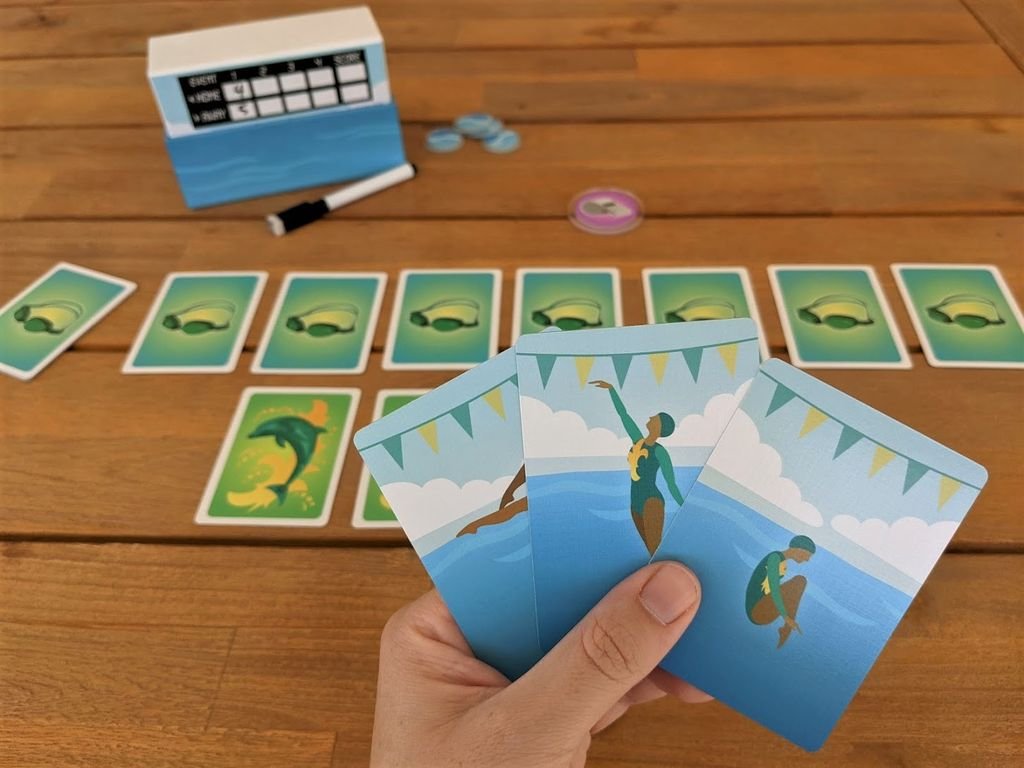 Each round increases with one additional routine pose, and a Challenge card adding rules.