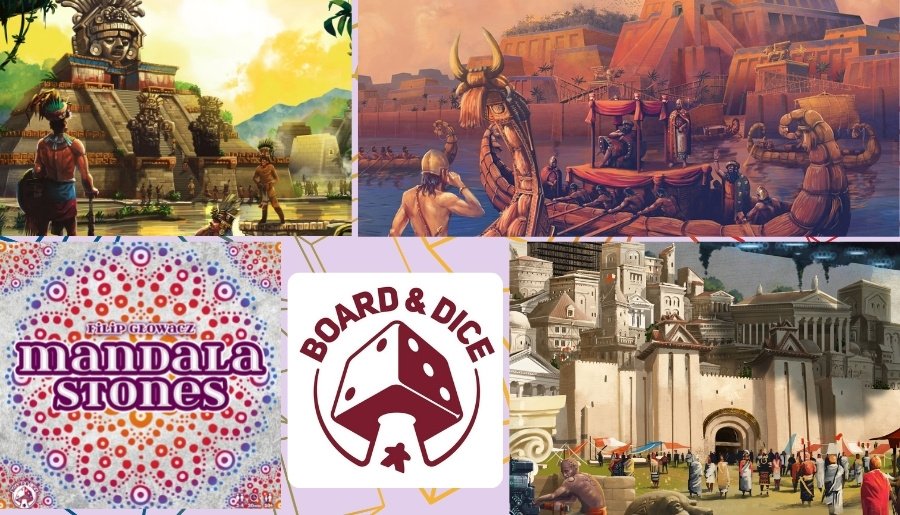 4 brand new games from Board&Dice hit Tabletopia, and we're excited about all of them! Mandala Stones is just hitting stores, Origins: First Builders & Tabannusi: Builders of Ur will release in October, and Zapotec is expected to come out in November. Lucky for you, they're ALL on Tabletopia to play right now!

Until September 20, these games are completely free to try, at which point all multiplayer setups will switch to Premium (of course, Gen Con Online is happening right now and comes with 7 days of Tabletopia Premium Gold for free 😉).

Want to demo one of these games? Guided demo tables are being run by the Board & Dice team all weekend as part of Gen Con Online! Join their Discord to sign up! 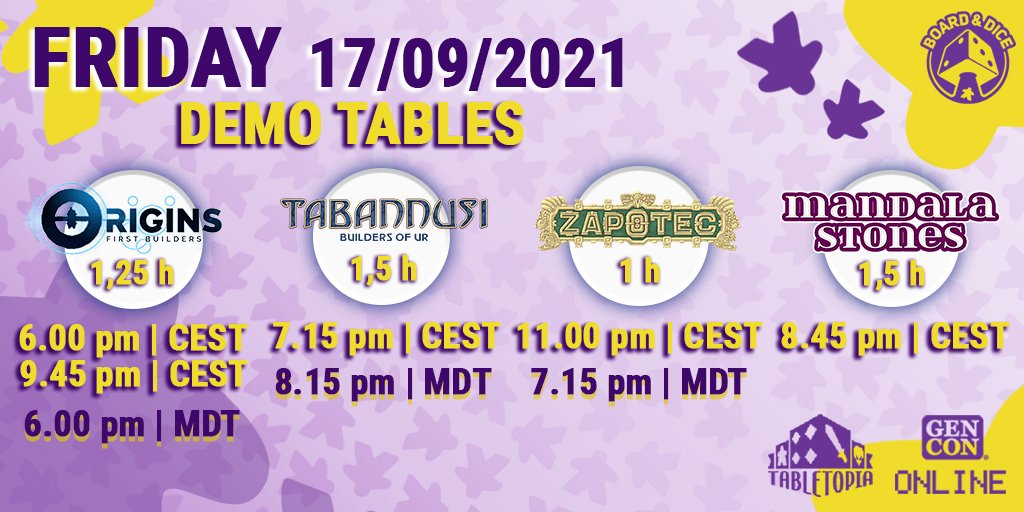 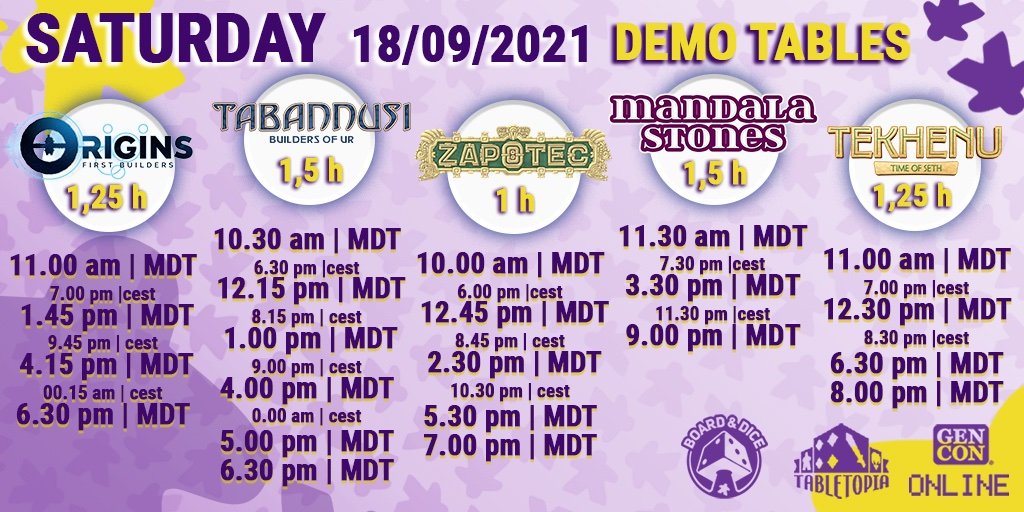 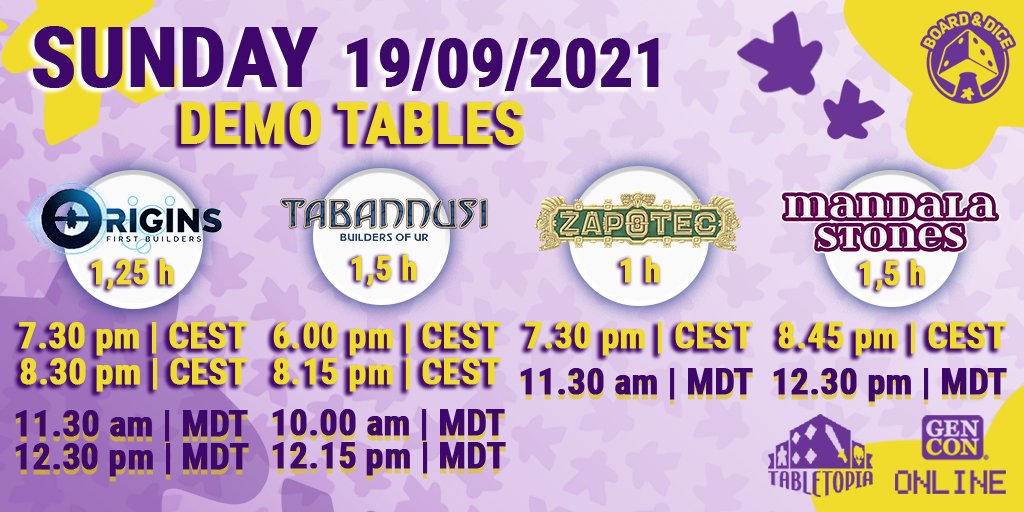 Welcome to Mandala Stones, a game of tranquility and beauty! Arrange colorful stones to create a stunning work of art together with your friends. However, while there are many creators, there can be only one winner. Influence artists, positioning them cleverly on the main board, to form towers out of collected Stones, which you then display onto the mandala board at an opportune moment to score Victory Points.

Mandala Stones is played over a number of rounds. Each round, beginning with the starting player and continuing clockwise until around the table, every player will take one turn. The game will conclude at the end of the round during which the end-game condition is triggered, thus giving all players an equal number of turns. The player with the most Victory Points is the winner.

They came to this planet, and they chose you. They uplifted your people and promised great prosperity. They provided the wisdom and the resources to build your cities sky high. They taught you the ways of culture, science, and warfare. They promised knowledge for any willing to learn. Come, Archon, guide your citizens to victory, under the watchful eyes of the Builders, our benefactors from beyond the skies above.

In Origins: First Builders, you are an archon, guiding a population of freemen, influencing the construction of buildings and monuments, climbing the three mighty zodiac temples, and taking part in an arms race — all in an effort to leave the greatest mark on mankind's ancient history. 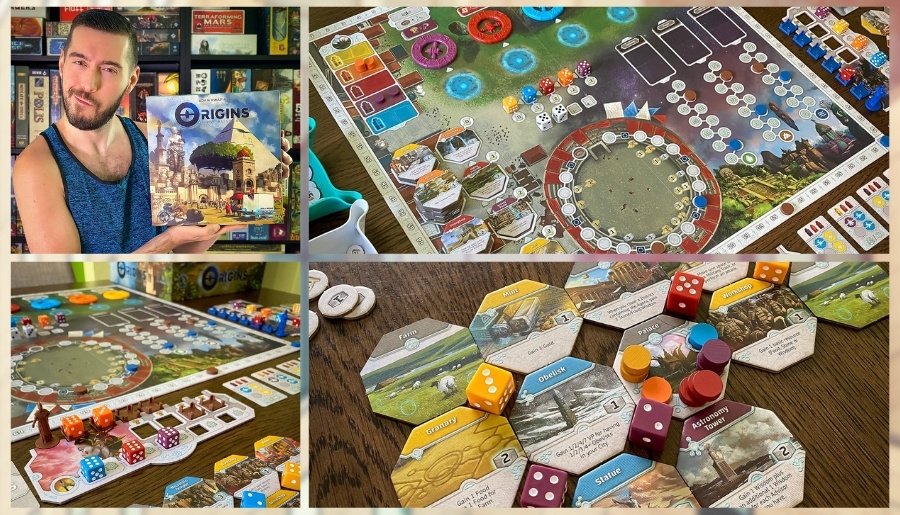 You start the game with a city consisting of just two building tiles: the Agora tile and the Palace tile. As the game develops, your city will grow in both size and strength as you add new building tiles, each of which has a special ability that triggers when it is first added to a city and when closing a district. Your placement on the military track indicates the rewards you receive when you attack and your chances of becoming first player.

Set in ancient Mesopotamia, a cradle of civilization, at a time when the location of Ur was a coastal region, players work to build the Great City of Ur, expand its districts, and establish themselves as powerful builders.

Tabannusi: Builders of Ur features 2 double-sided game boards to accommodate differences between player counts. The board itself features 5 regions, each tied to a specific color die. There are 3 building districts, 1 temple district, and 1 port district. 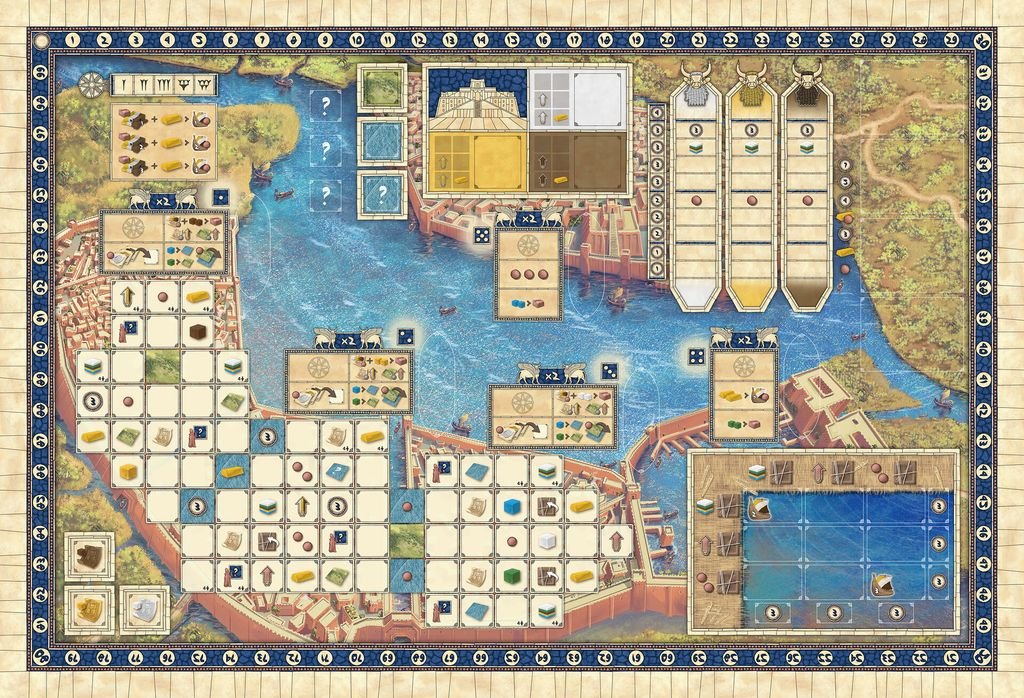 Through various actions you will be able to expand your influence in the various districts, expanding construction sites and turning them into buildings to score valuable victory points. But you will also exert your influence in the temple district in order to earn the king’s favor. In the port district you can obtain ships with important abilities and for scoring victory points.

The Zapotec were a pre-Columbian civilization that flourished in the Valley of Oaxaca in Mesoamerica. Archaeological evidence reveal their culture going back at least 2,500 years. Remnants of the ancient city of Monte Albán in the form of buildings, ball courts, magnificent tombs, and finely worked gold jewelry testify of this once great civilization. Monte Albán was one of the first major cities in Mesoamerica and the center of the Zapotec state that dominated much of the territory that today belongs to the Mexican state of Oaxaca.

Build temples, cornfields and villages in the three valleys surrounding the capital to generate resources needed for building pyramids, making sacrifices to the gods, and performing rituals. 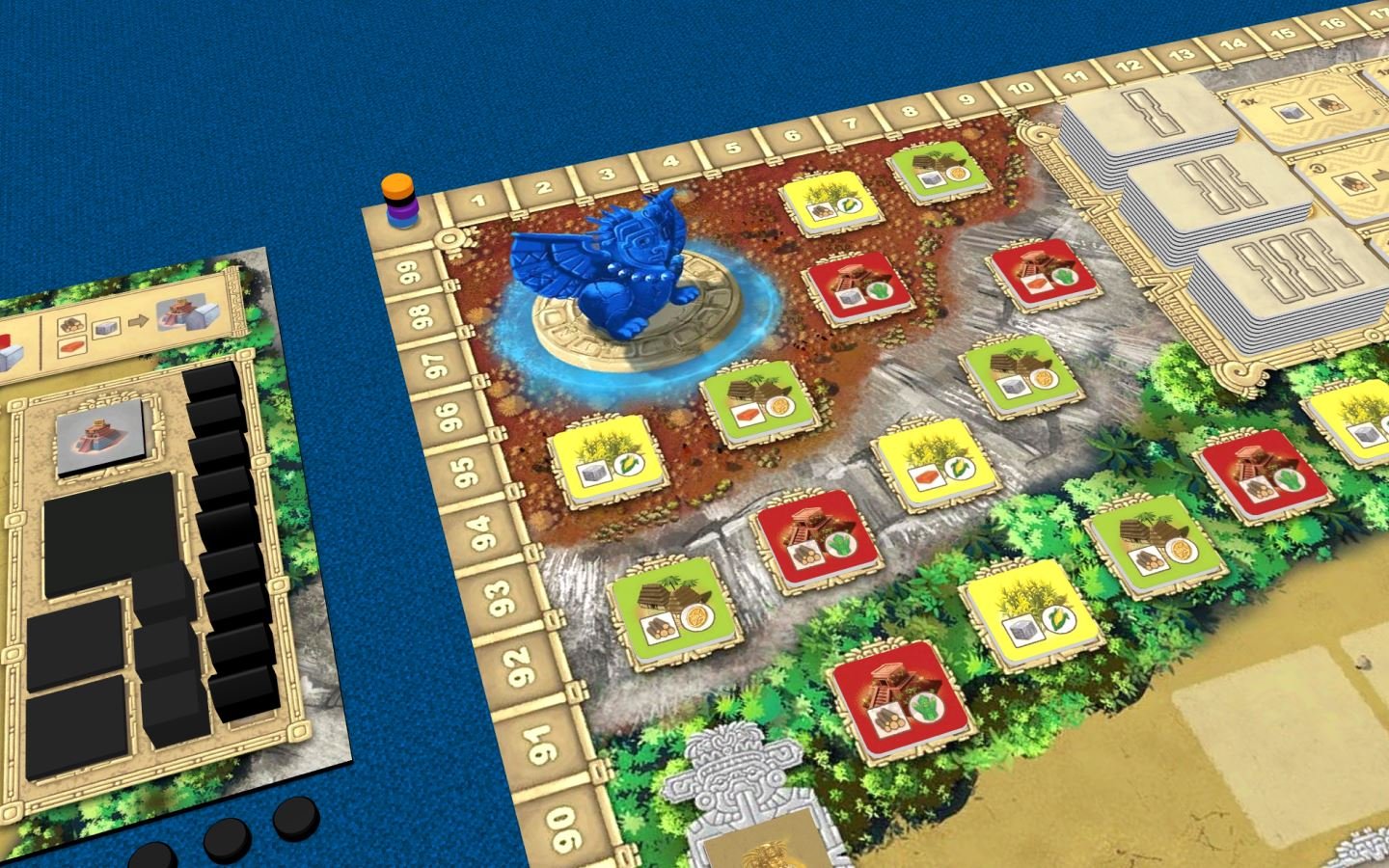 Each round, players simultaneously pick a card from their hand to determine their turn order and the resources they collect. Players then perform individual turns and spend resources to build new houses, gain access to special abilities, make sacrifices to the gods and build pyramids.