Explore dangerous dungeons on the tabletop, fight epic battles on your phone 📱 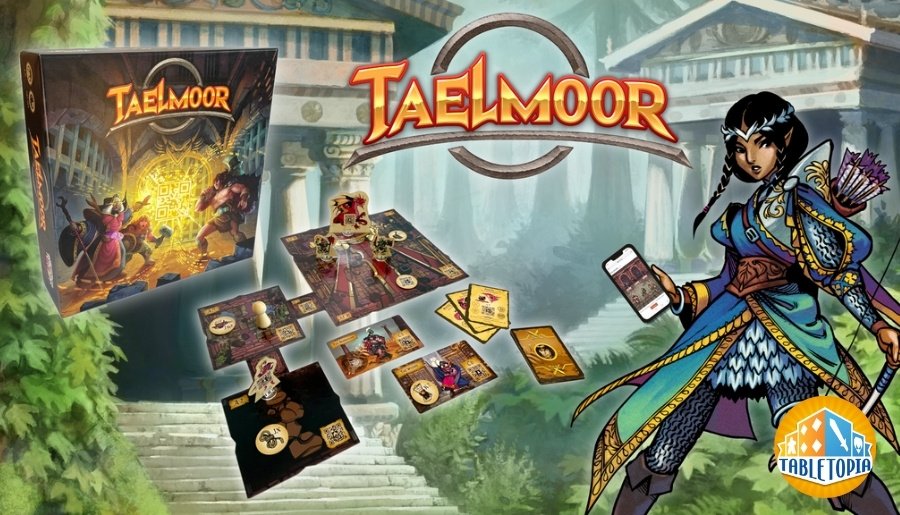 Taelmoor is a cooperative dungeon crawling and storytelling game. It ties together physical boards, cards, and standees with a smartphone app using scan-and-play technology. Each scenario typically involves a combination of exploration, puzzle-solving, storytelling, and combat in a classic sword and sorcery setting.

Games of Taelmoor begin with players selecting an archetypal class (i.e wizard or rogue), and forming a party by joining the host's game with their smartphone or mobile device. Players then take turns exploring and interacting with the game world. New rooms are laid out tile by tile as they are explored, and each may include unique elements like NPCs to talk to, puzzles to solve, or combat. The story is relayed simultaneously to all players via the app, though players are encouraged to read new passages aloud as they are discovered.

Combat features simplified deck construction elements. Each class has unique strengths and weaknesses, and can build a custom combat deck as they level up throughout a scenario. Strategy between players is emphasized as many attacks become more powerful when combined with others. Attacks are played by scanning the physical card and then discarding it.

Scenarios typically take 60-90 minutes to complete. Some are broken into multiple parts and are meant to be played across separate sessions.