Time agents try to change the history of the world! 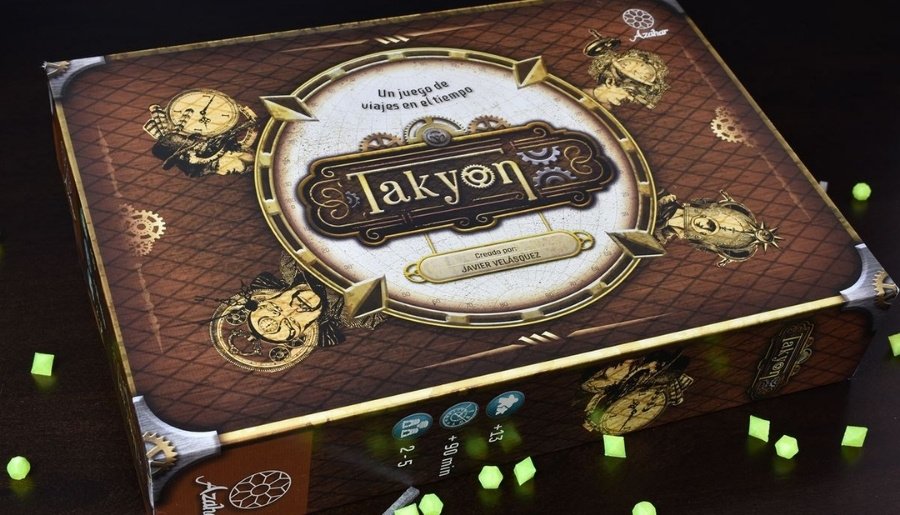 After an Environmental Crisis, humankind left the Earth to its doom. Now, they have developed the means to time travel and save the earth by completing 12 time-changing missions.

Takyon is a time travel game in which players will have to adjust time to try and gather religious, cultural, scientific, warfare, environmental and future technologies, so they can bring them to other places in time and space. The game missions can be of the kind of giving nuclear bombs to French Revolutionaries or teach the Roman Empire the ways of Pastafarianism! 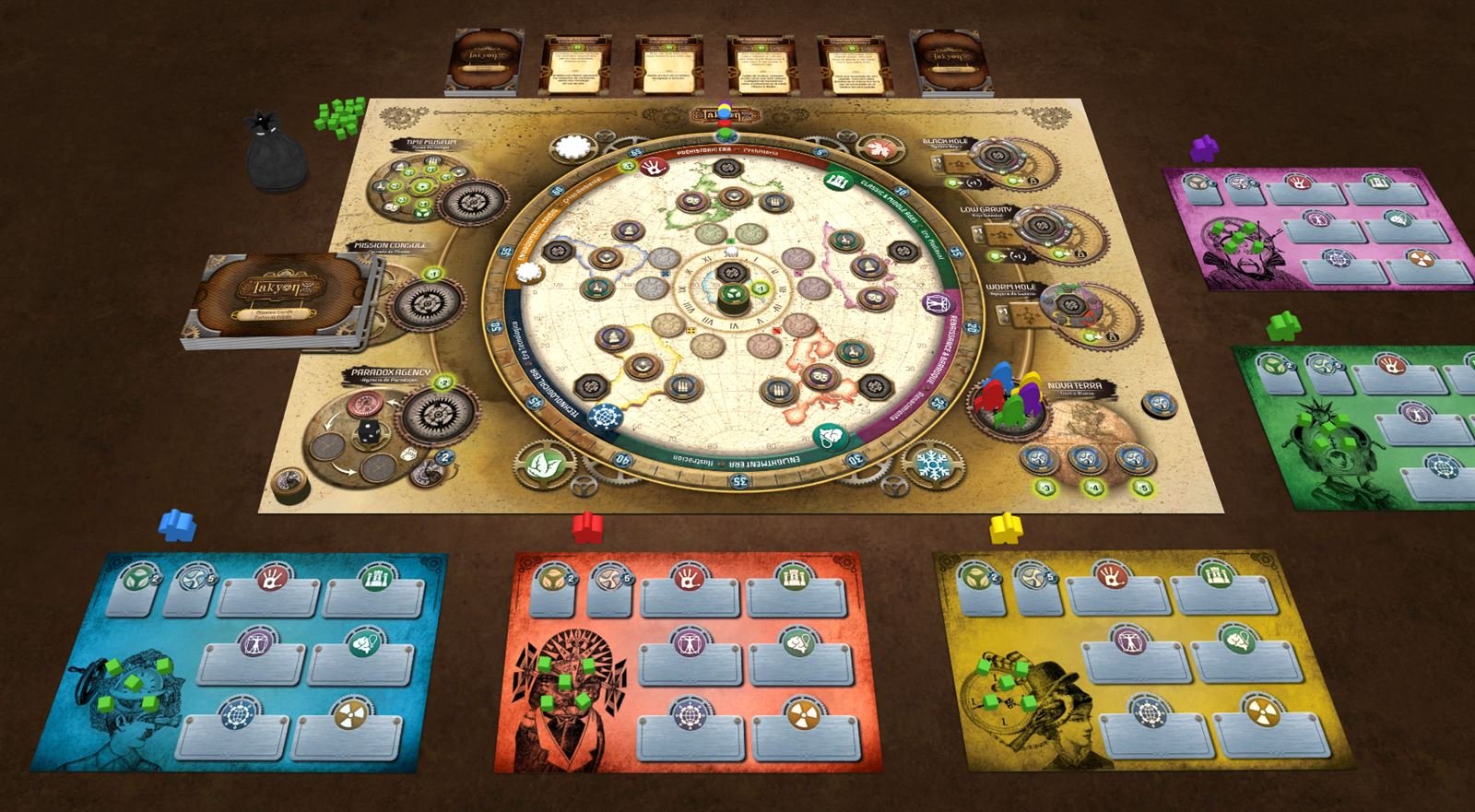 In this strategic worker placement game, each change to the time continuum will create a paradox that can block a continent for further time travel, until it is cleaned (or it has so many paradoxes it is blocked permanently). With their time machine pieces, the players will be able to perform actions like move time, move the agents between continents, sell technologies to the Time Museum, clean Paradoxes, acquire new missions o gather future technologies. Moving time will affect all players simultaneously, as their time machines are time-locked. 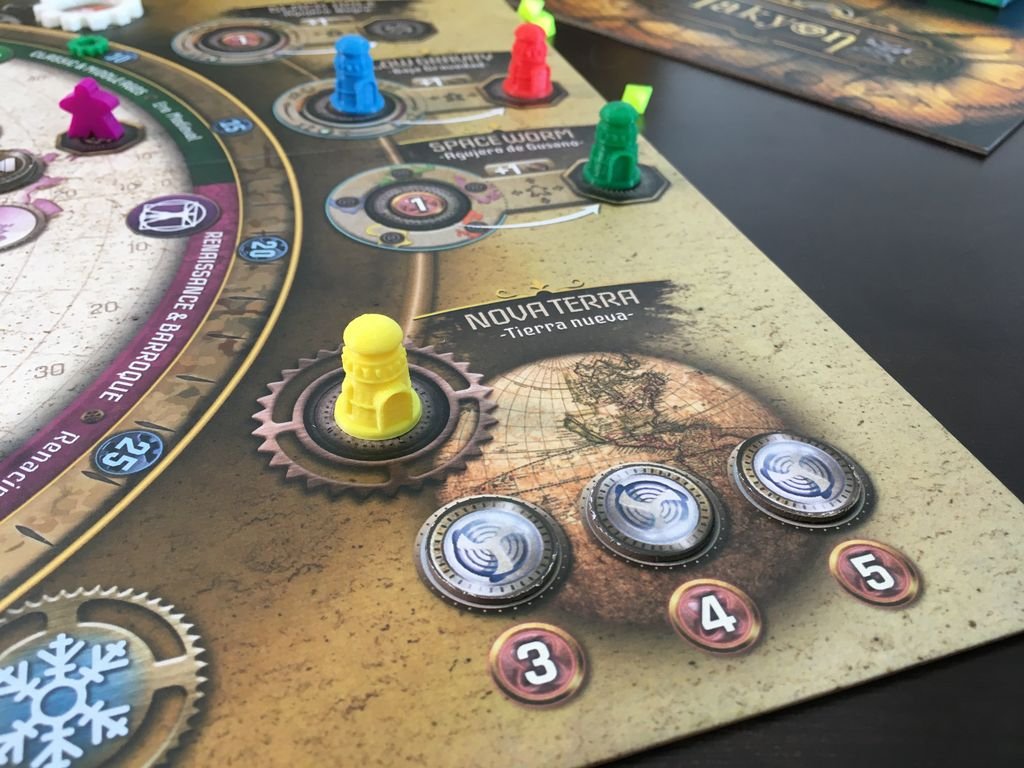 The game can end in either of these conditions: all players have completed 12 missions overall, which will trigger final scoring to declare a winner, or if three continents get permanently blocked due to an excess in paradoxes, in which case all players will lose and the Earth will be erased from hist...