Immerse yourself in battle with 6 iconic World War 2 tanks! 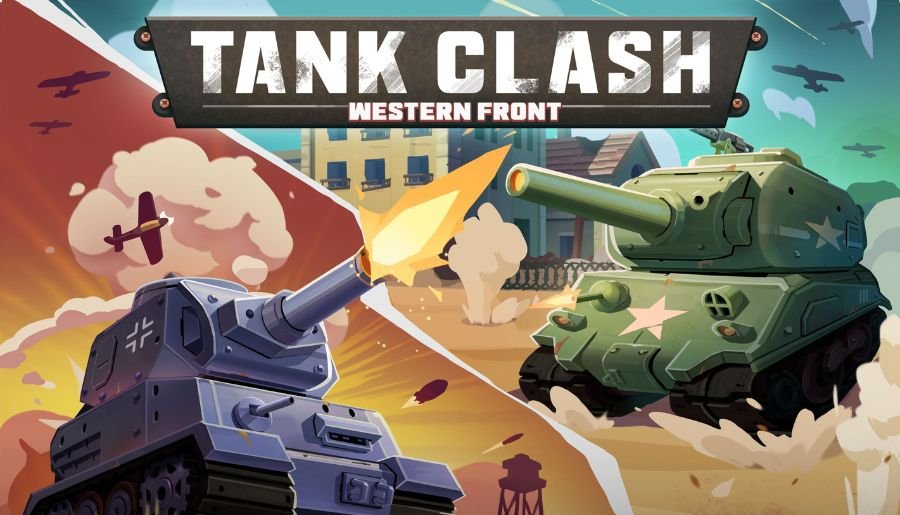 Tank Clash is a casual warfare strategy game for 2 players that a noob or skilled player can enjoy. It features a checkers-style armour tracking system with dice rolling and hand management for tactical choices.

Take command of fearsome German tanks like the Panzer IV, Marder III and Tiger I. In the early stages of the war, German tank offensives in Poland and France proved that armour was essential for victory.

Although the Germans created very formidable tanks, the Americans managed to use innovative tactics and its industrial might to turn the tide of the war. They built the M4 Sherman, M18 Hellcat and M26 Pershing to counter them. 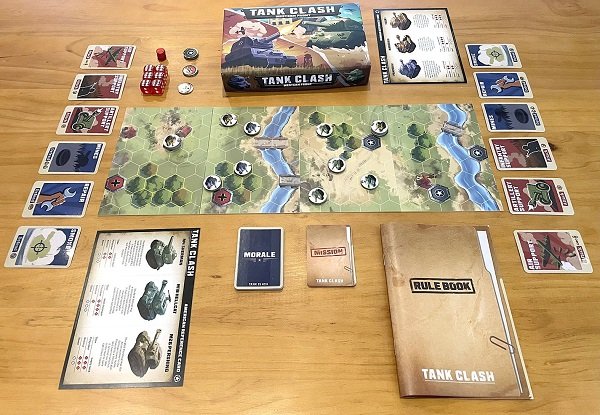 This tank skirmish game is designed to be easy-to-learn, quick to setup and played within an hour. Replayability is high as there are different secret missions, morale cards, modular terrain boards and tank commander abilities. 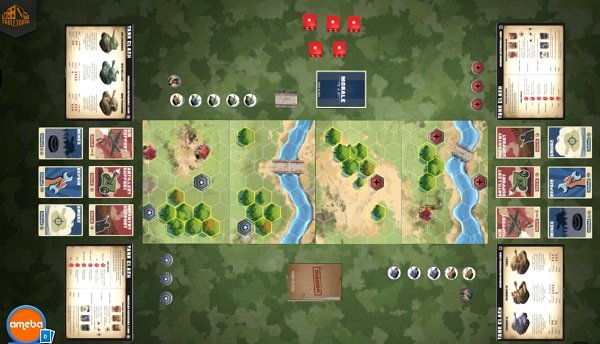