Announcing Tawantinsuyu: The Inca Empire & Tekhenu: Obelisk of the Sun 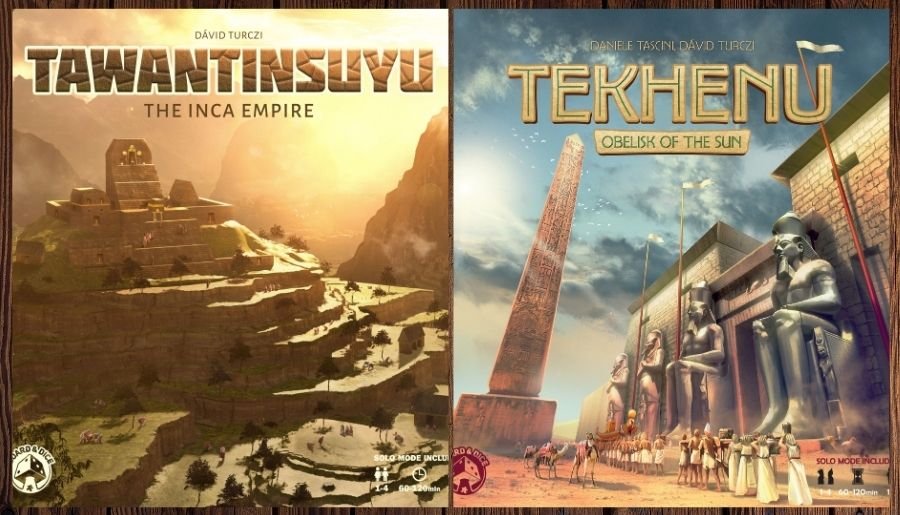 Dávid Turczi and Daniele Tascini bring you the latest 2 games in the Board&Dice "T" series of games set in ancient cultures following Teotihuacan: City of Gods. We assume Board&Dice's other "T" game Traintopia fits into the series somewhere, though we're not really sure how.

In Tawantinsuyu: The Inca Empire, players will journey to Peru. From the Coricancha Temple, gain fame and glory to become the next Sapa Inca.

In Tekhenu: Obelisk of the Sun, players will ride down the Nile to ancient Egypt. As the Obelisk's shadow moves, use dice to build Iput-Iset and the temple of Amun-Ra. 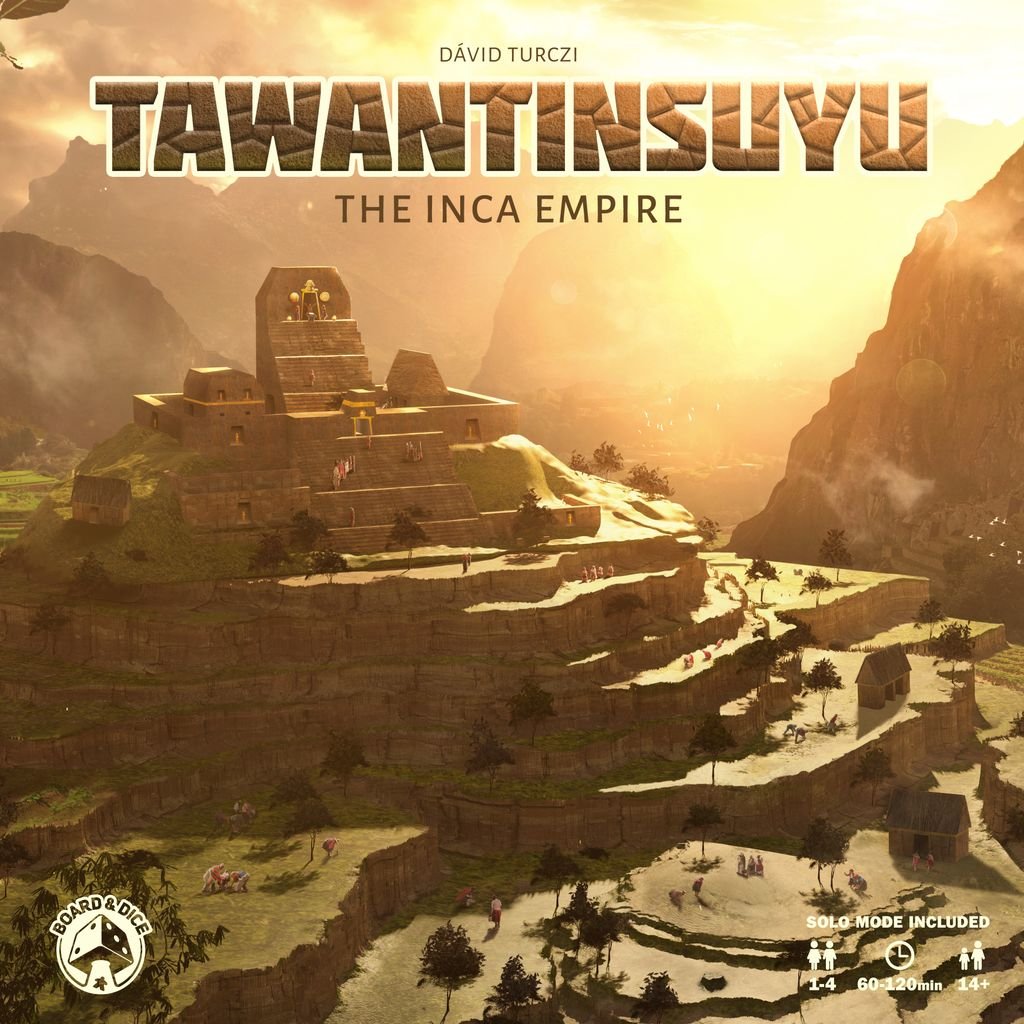 The great Sapa Inca Pachacuti turned to his offspring and ordered them to worship Inti, the Sun God, and to expand the Inca Empire as far as the llamas roam. With Chinchaysuyu, Antisuyu, Qullasuyu, and Kuntisuyu — the four regions of the new empire — now ripe for conquest, the time has come for Pachacuti's true successor to arise.

Gather your people from the villages below and use their unique abilities to strategically place them where they can perform the greatest tasks for you. Climb the steps of the Sun Temple, reaping the rewards of your piety. Build structures that both nourish your people and provide you with benefits no other has at their disposal. Muster an army and conquer villages in the four realms of Tawantinsuyu. Prove yourself a worthy successor to Pachacuti and lead the Inca to glory!

Tekhenu: Obelisk of the Sun 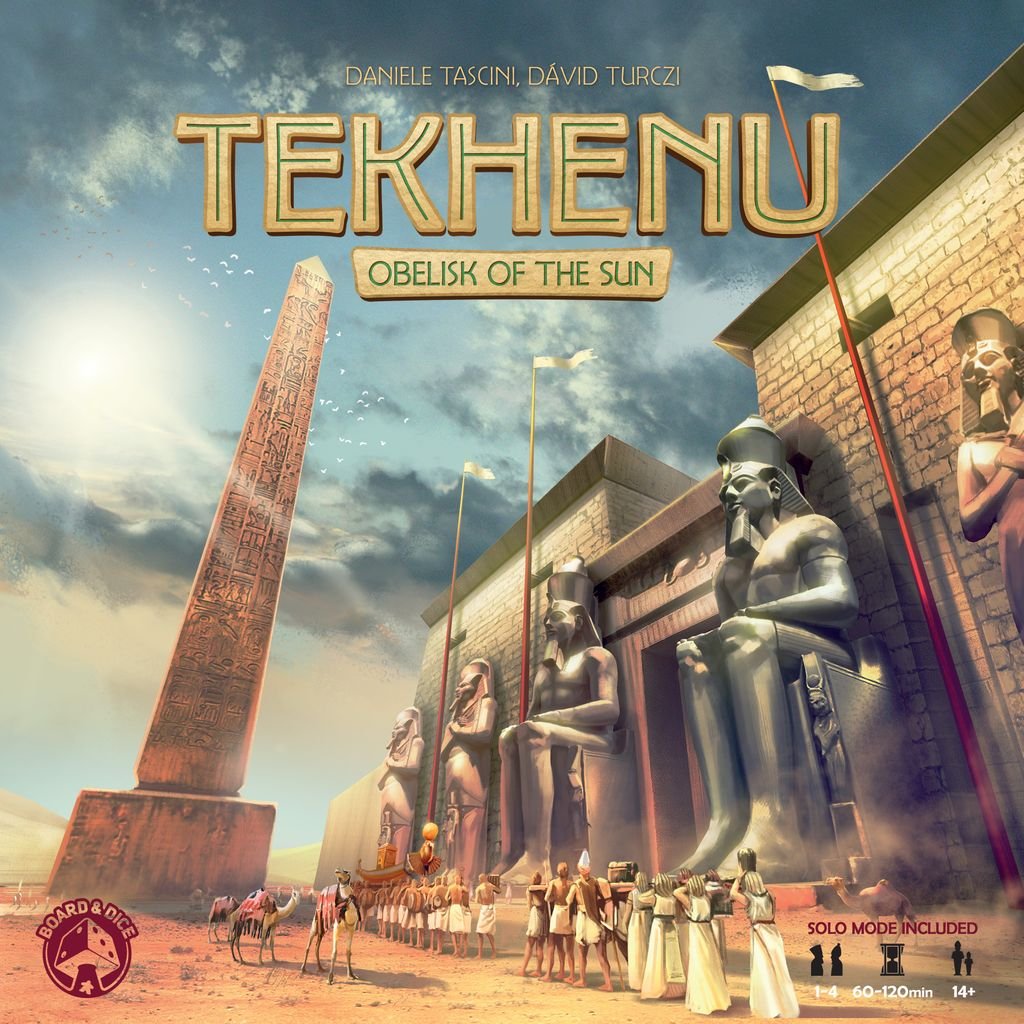 Four millennia ago on the eastern bank of the Nile river was laid the foundation of the Temple of Amun-Ra. Over the course of two thousand years, the temple complex was gradually expanded and became widely known as "The Most Select of Places" (Ipet-Isut), boasting the largest religious building in the world. Today, the site is known as Karnak, located at Luxor in modern-day Egypt.

Join ancient Pharaohs in creating and growing one of the most impressive sites the world has seen, honoring the Egyptian gods Horus, Ra, Hathor, Bastet, Thoth, and Osiris. You must carefully manage the balance of your actions, preparing for the reckoning by the goddess Maat.

The game board in Tekhenu: Obelisk of the Sun is divided into six sections, each associated with an Egyptian god: Horus, Ra, Hathor, Bastet, Thoth, and Osiris. In the center stands an impressive obelisk (Tekhenu) that casts its shadow onto different parts of the board. As a result, the area around the obelisk is divided into sunny, shaded, and dark sections, depending on how the obelisk casts its shadow at that particular moment. As the game progresses, the sun's rotation alters which sections are sunny, shaded, or dark.