A Dice-Bag-Building Game in a Steampunk Universe ⚙ 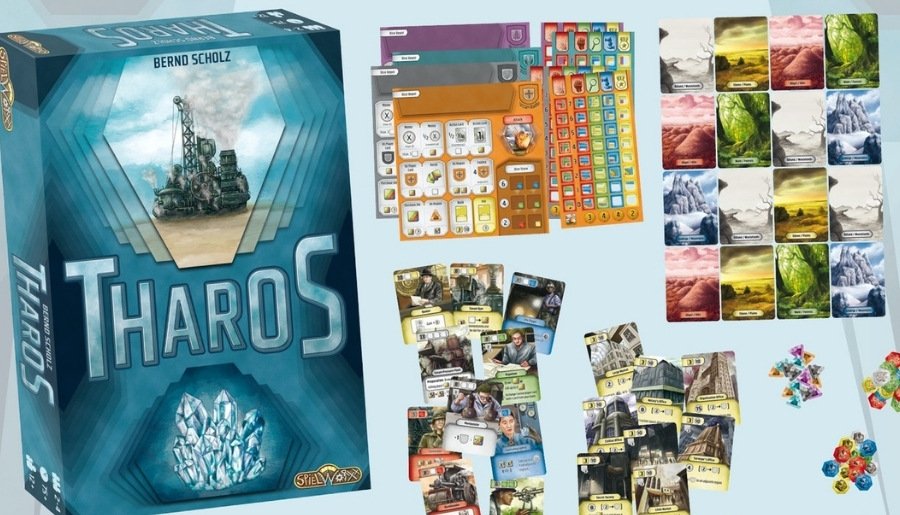 Now it is necessary to open up a new region! In doing so, the bustling guilds both have an eye on the other guilds and the dreaded Circumdate Caelo Trust, which also lays claim to this region and does not shy away from using military means.

Players assume control over a steam guild and explore the newly opened region for natural resources, gaining crystal and ore samples, and building new mines to exploit the land. The government of Tharos awards different medals for the players’ services, which increase the influence of their steam guilds. 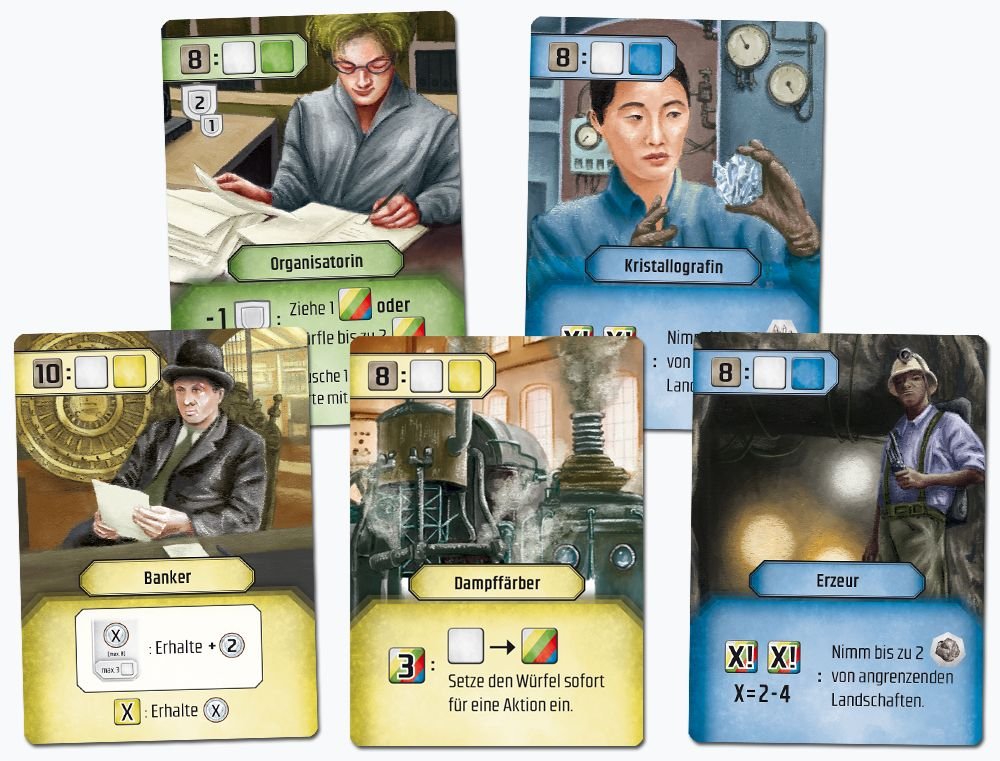 Tharos is a “Dice-Bag-Building” game, where dice represent actions and their respective strengths. The dice are used on the player boards and for activation and usage of the player cards.