Cooperatively eat all of the food before you get caught. 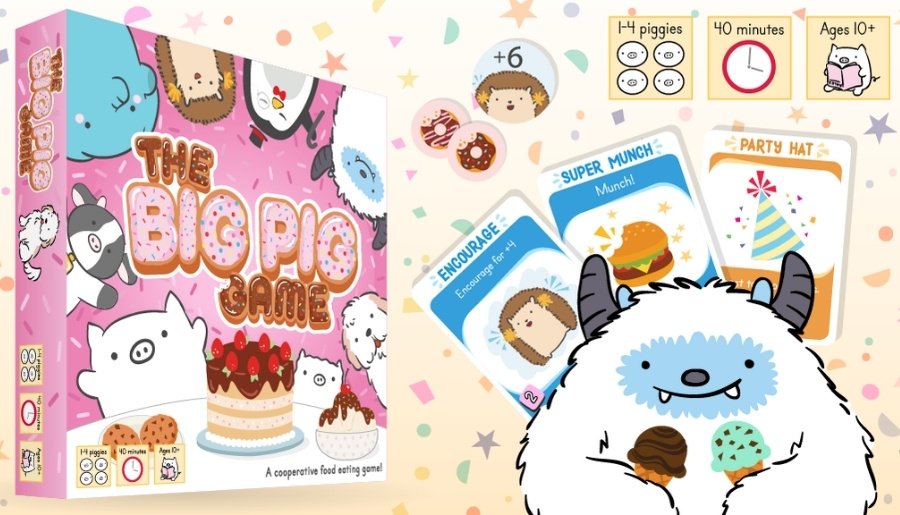 Welcome to the world of Big Pig! Here a bunch of cute and hungry critters live in a house with their family.

The family has left for the day. This is the perfect chance to raid the kitchen! Help Big Pig and friends eat all of the delicious food! If the family comes back before the food is eaten, they’ll surely stop the feast. Got to make it quick!

In The Big Pig Game, each player picks a character to play as and puts the character card in front of them. Then the team of players pick a meal based on difficulty (breakfast for easy, lunch for medium, and dinner for hard). Each meal is a different board with four foods displayed that the players must consume. Each of the foods has 16 tiles that are placed on top of them and each tile has a value. When playing the game, players will munch the foods and be able to remove a total value of tiles equal to their character's hunger value. 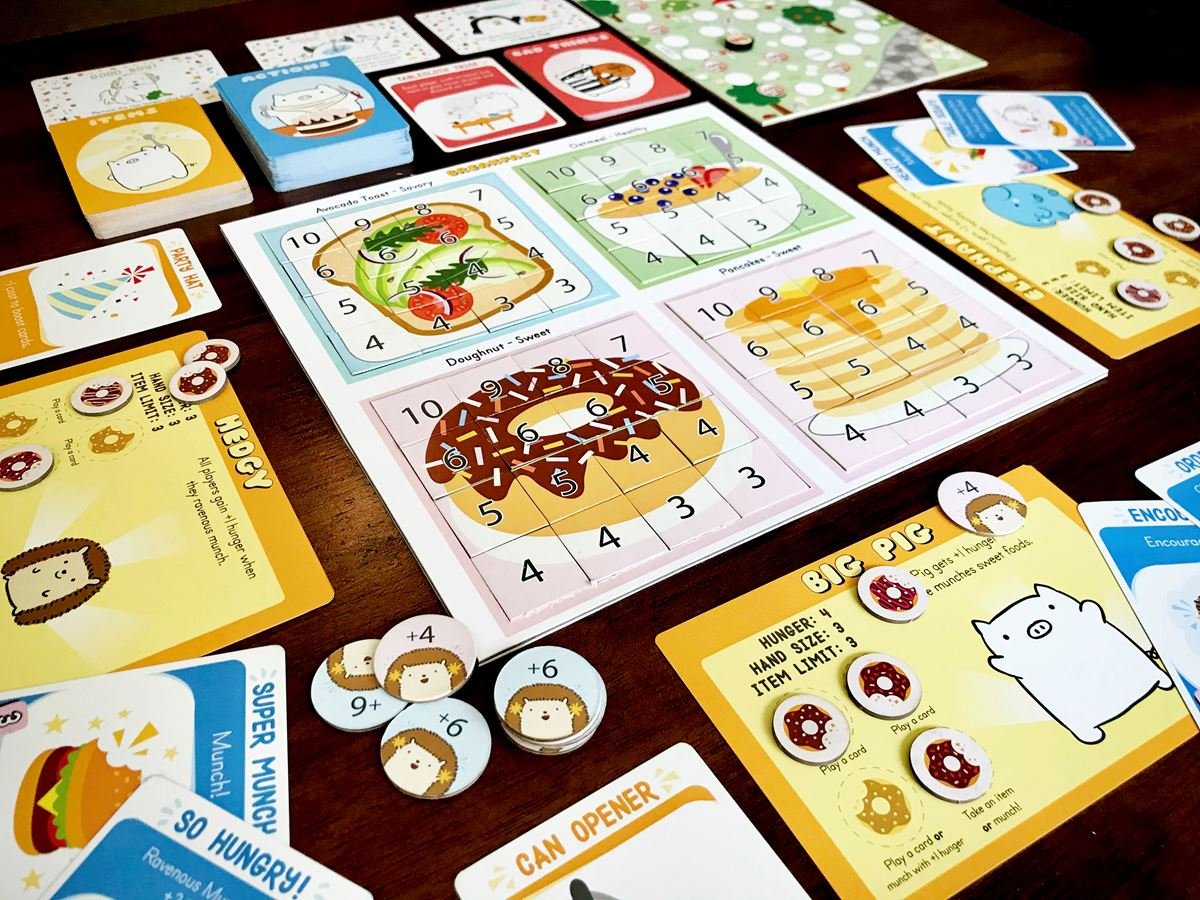 Each round a "bad things" card is played. These are events that make the food harder to eat either by having a one time effect or an effect that lasts the whole round. Then the players take their turns, taking one action at a time, and going clockwise. Each character card has 4 actions. To take an action, place a "snack token" on one of the four available actions that does not already have a snack token, and take the action described in that spot. These actions can involve things like munching the food, obtaining an item card for a bonus, or playing a card. When munching a food, remove the tiles from the food board and place them on your character card. The food tiles munched can be used to boost your action cards later. Each action card has a unique effect if it is boosted. After a player takes their turn by performing an action, that player draws action cards up to their hand size. 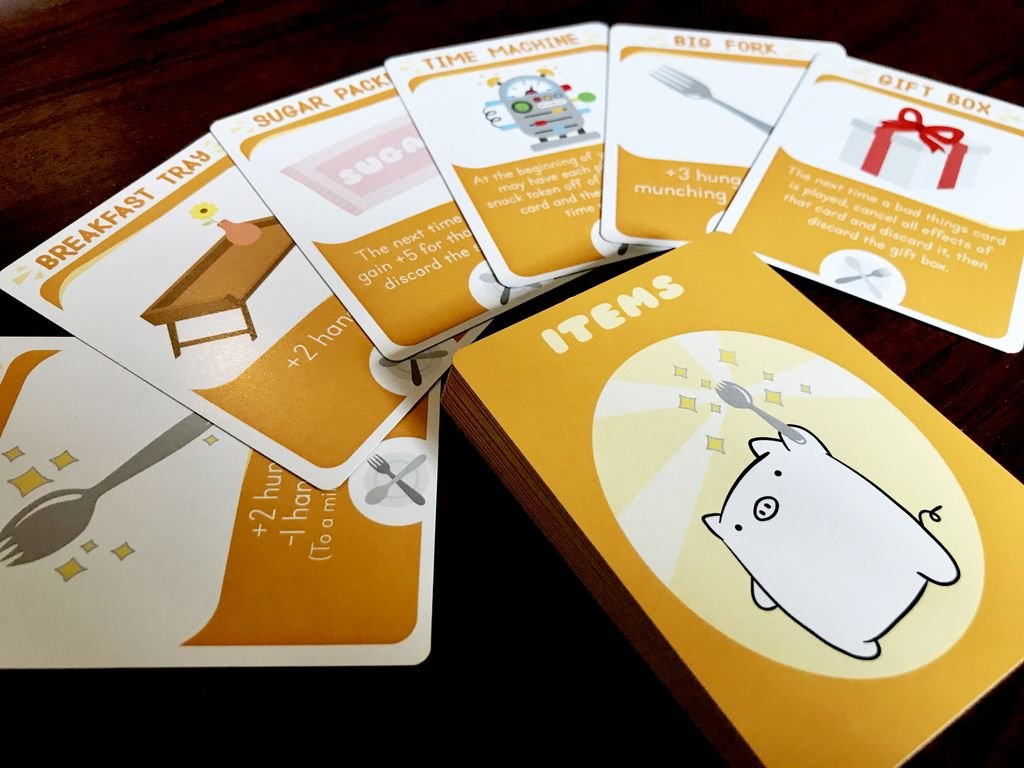 Play continues until each player has performed their four actions for the turn. Then the car moves forward one space on the game board. If the car reaches the house, the family has returned and stops the feast! All of the players lose. If the car didn't reach the house, players play another round. If at any point the players consume all of the food tiles off of one food, they receive a bonus card that effects each player and gives them a boost. If The players consume every food tile on each of the foods on the whole board, the players immediately win the game!