Will you act for the greater good or think only of yourself? 👑 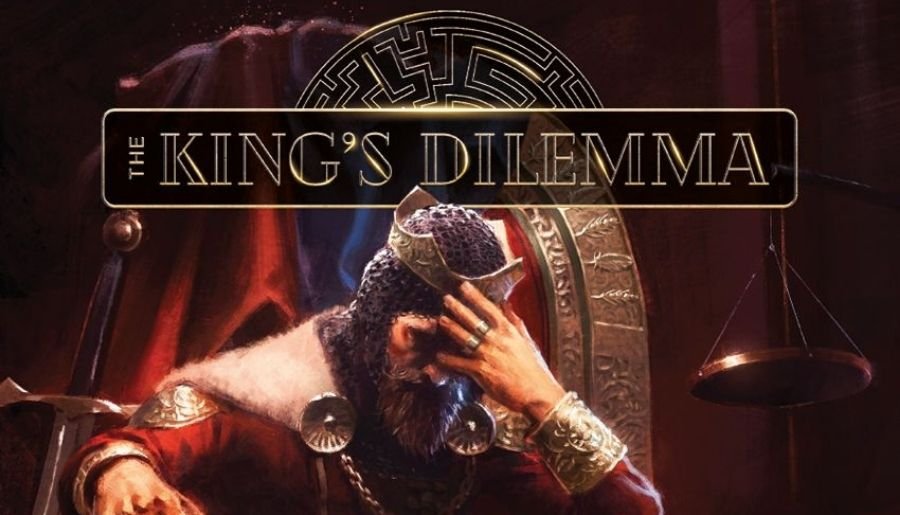 The King's Dilemma is an interactive narrative experience with legacy elements, featuring several branching storylines leading to many possible finales and an evolving deck of event cards at its core. Players represent the various houses leading the government of the Kingdom of Ankist.

You will draw one card from the "Dilemma deck" each round and experience the game story as it unfolds. Each card poses a problem that the Council has to resolve on the King's behalf. As members of the King's inner circle, your decisions determine how the story proceeds and the fate of the kingdom. Each event happens only once: You discuss and bargain with the other players, then finally you make a choice, determining the outcome, progressing the game story, and possibly unlocking more events.

You have to keep the kingdom going, while also seeking an advantage for your own house; this power struggle may lead the kingdom into war, famine, or riot, or it could generate wealth and well-being. This will depend on your choices! The thing is, each decision has consequences, and what is good for the kingdom as a whole may be bad for your family... 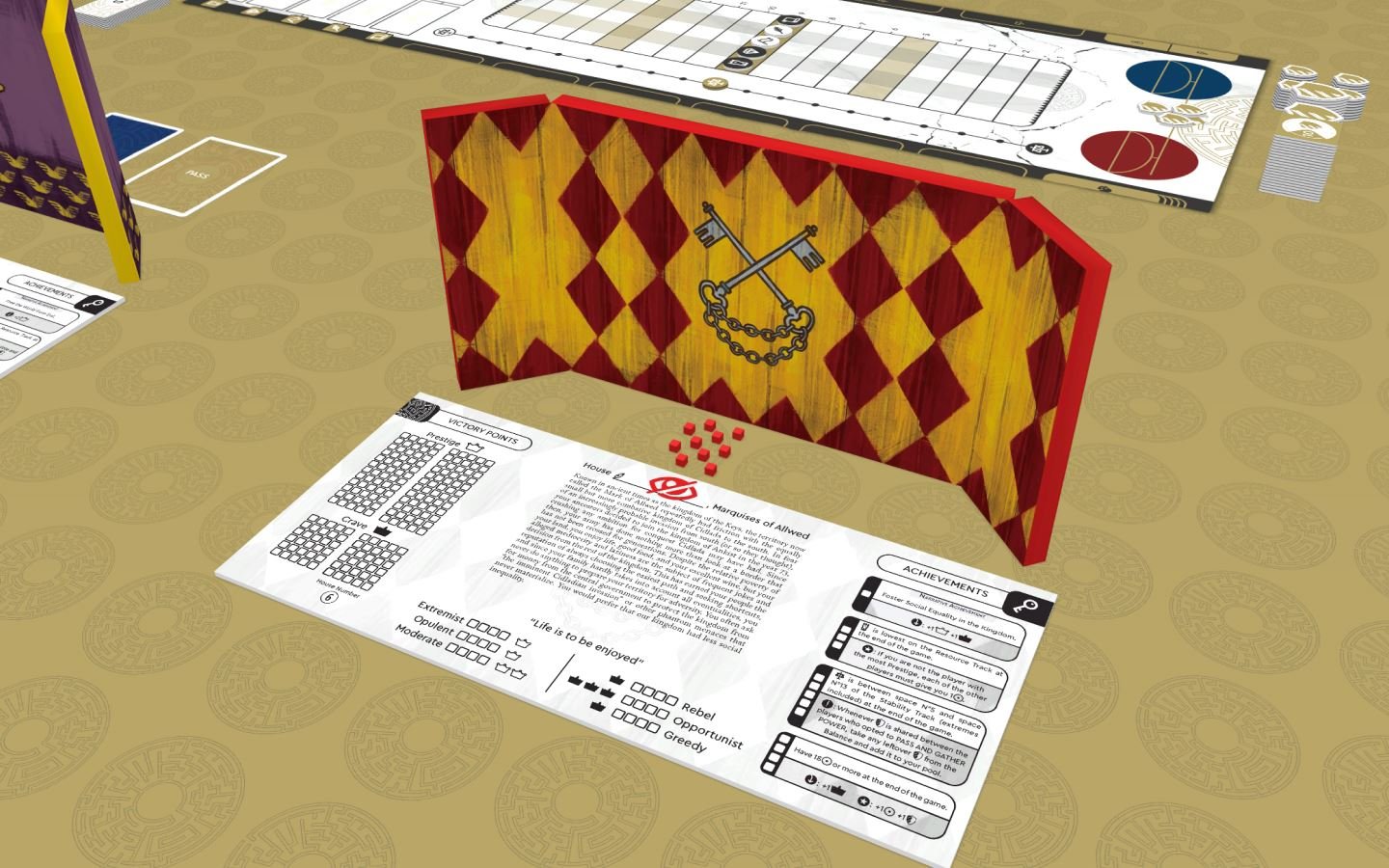 The King's Dilemma was nominated for the 2020 Kennerspiel des Jahres, of which the judges said: "Politics in a fantasy world? Since the success of Game of Thrones at least, we know how entertaining that can be. And playing the game you quickly start to feel as if you were actually living through a meeting of the “Small Council”. The narrative strength of the game is astounding: with just a few short paragraphs of text, the game succeeds in creating an immersive and mysterious world. The minimalist game mechanics help to offer the perfect stage for grand political theatre." 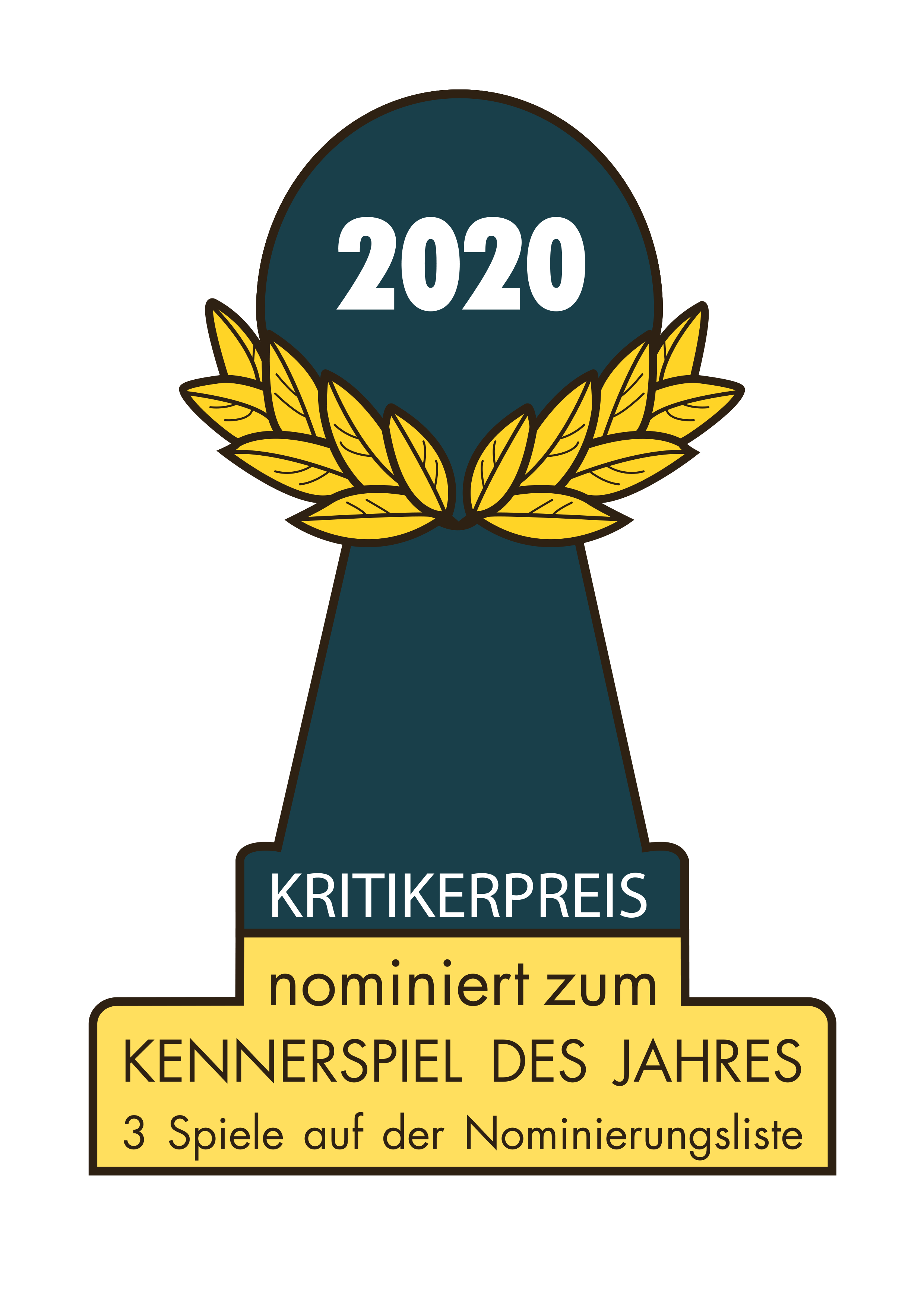 The demo featured on Tabletopia is a prologue to the main game, and contains no spoilers of the full legacy campaign.