Why Be A King When You Can Be A God? 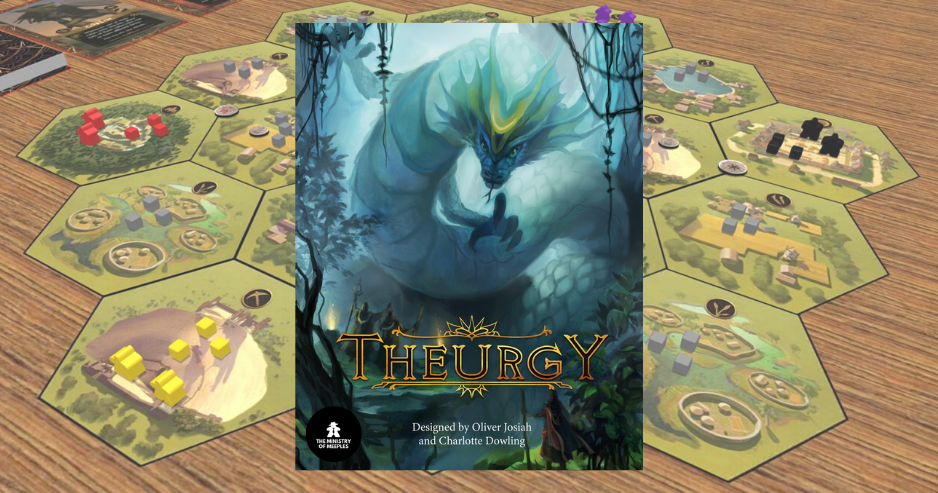 In Theurgy, 2-6 players take on the role of half-forgotten gods and compete to have temples built in their honour. Incredible miracles are performed, fantastical beasts summoned, and holy pilgrimages undertaken in a fierce contest for recognition and reverence.

In many ways, Theurgy is a classic area control strategy game involving the careful placement and pushing of cubes, tokens, and little dudes on a map. The game is, most fundamentally, about carving out your territory and undermining the territory belonging to your rivals. However, to achieve this, players must also manage and draft cards wisely. By performing incredible miracles, unleashing epic combinations of monsters, and cleverly utilising their deity’s unique power, players can find ingenious ways to give themselves a surprising edge.

The most successful deities are those best able to time their interventions and use their turns to sneak their influence under the radar and establish followings in the most unlikely of places.

This is a midweight strategy game ideal for fans of Scythe, Dominant Species, and Inis. Coming to Kickstarter later this year, but playable on Tabletopia right now!