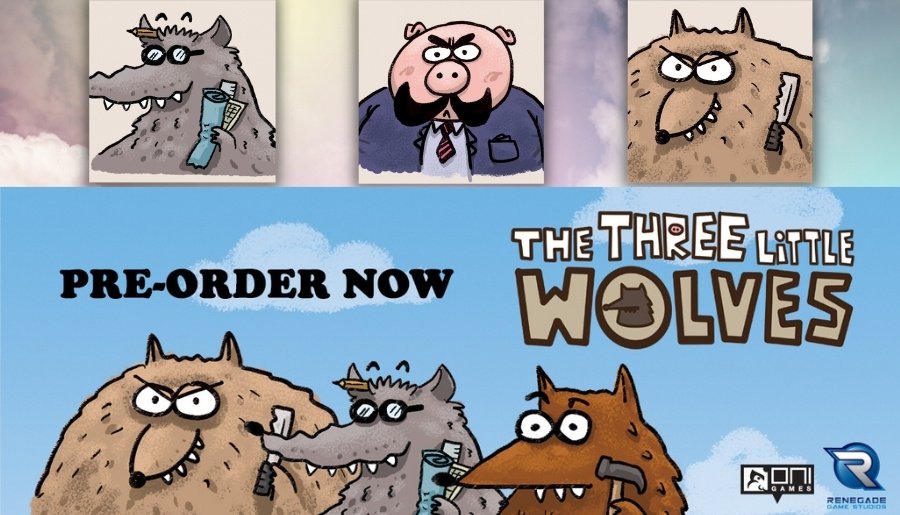 Centuries after a famous story featuring three little pigs, the Swine family has learned a precious lesson and become the greatest landlord in the world. (They love houses!) The Wolf family, however, has become the best architects of all time. (They hate lousy houses!) The three little wolves now work for the Big Bad Pig to build all kinds of houses. Can you help the wolves build the highest house and find the best home for them?

Three Little Wolves is a family game in which each player needs to build three houses by playing cards from small numbers to large. The higher you build, the better the chance you can score points — but your fellow players might send their little wolves to live in your nice house for big points! Plans, disguises, and a pinch of luck in your hand are all you need to win the game! 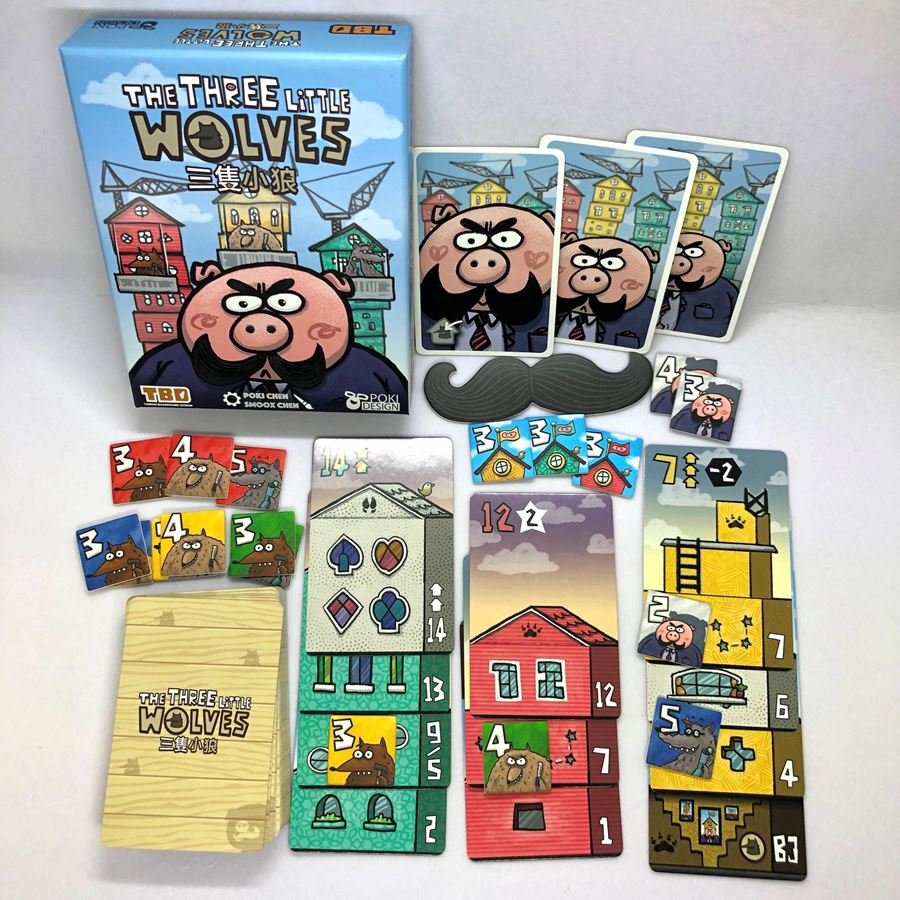 In more detail, players take turns playing one card from hand to build one of the three houses — blue, green, and red — in front of themselves, then refill their hand to four cards. If the Big Bad Pig (BBP) is drawn, it rewards the tallest house at that moment, but if you can't keep the house tall enough at the end of the game, you will get punished. If you don't want to play a card, you can discard a card and send one of your three wolves to live in other players' houses for a chance to score points!

The third time the BBP rewards the tallest house triggers the end of the game. All players compare the height of their buildings, and the shortest of each color is knocked down by the BBP! Whoever scores the most points wins!

Three Little Wolves was originally published by Poki Design in Chinese, but is now coming to English regions thanks to Renegade Games Studios!