Travel from ancient times to a dystopian future & save the world 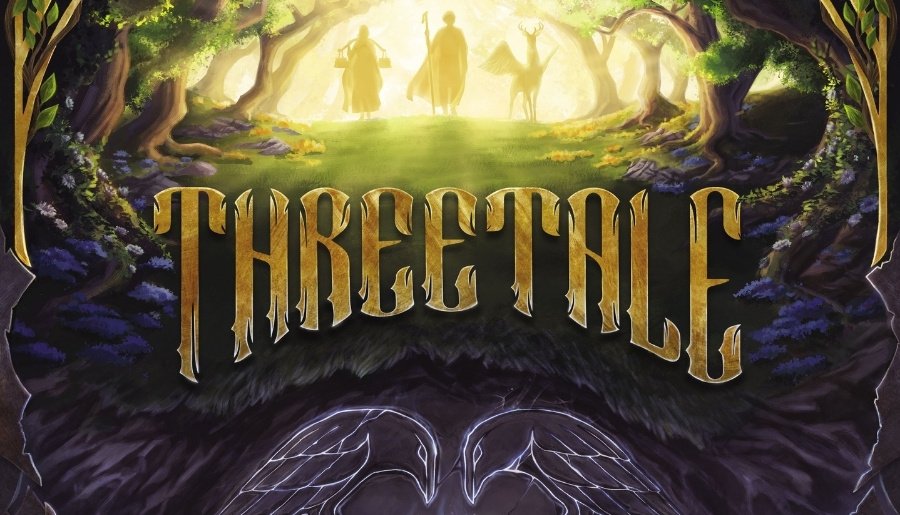 ThreeТale is a cooperative adventure game for 3 players who choose their fairytale heroes with stories going way back. Each hero has their asymmetric talents. The gameplay’s a combination of variable player powers in the form of virtues, strategic tile placement and a little bit of dice rolling.

As a team, the three players go through four phases – Prophecy Phase, Past, Present, and Future.

In the Prophecy phase, three scenarios of future doom are mystically revealed, holding hints to help the players draft their heroes. In the Past phase, every hero gets the chance to develop their stats and talents to be mighty enough to save the world from eternal doom. The heroes’ miniatures move through the tile-built board, thus collecting Virtues, Shevitsa and Speed cubes. They also enter Battles, complete Quests and collect Treasures and Artifacts by drawing cards. 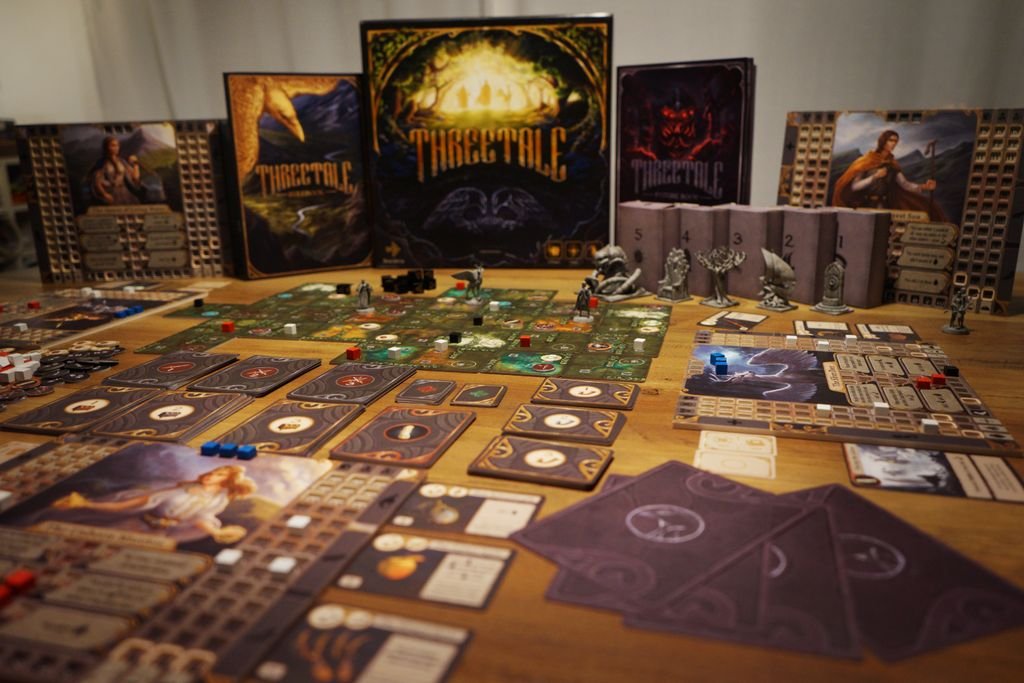 Upon completing the Past Phase, the heroes enter the Present, where it is revealed which of the three prophecies will be fulfilled. Then, the Future comes, knocking on the door. Each Future has its own backstory, inhabitants and win condition. What will it take to save the world? Will you battle a mighty enemy, will you aim to gather lots of precious recourses, or will you simply fight for your own survival? Come and see for yourselves…