Save the world together in Thunderbirds 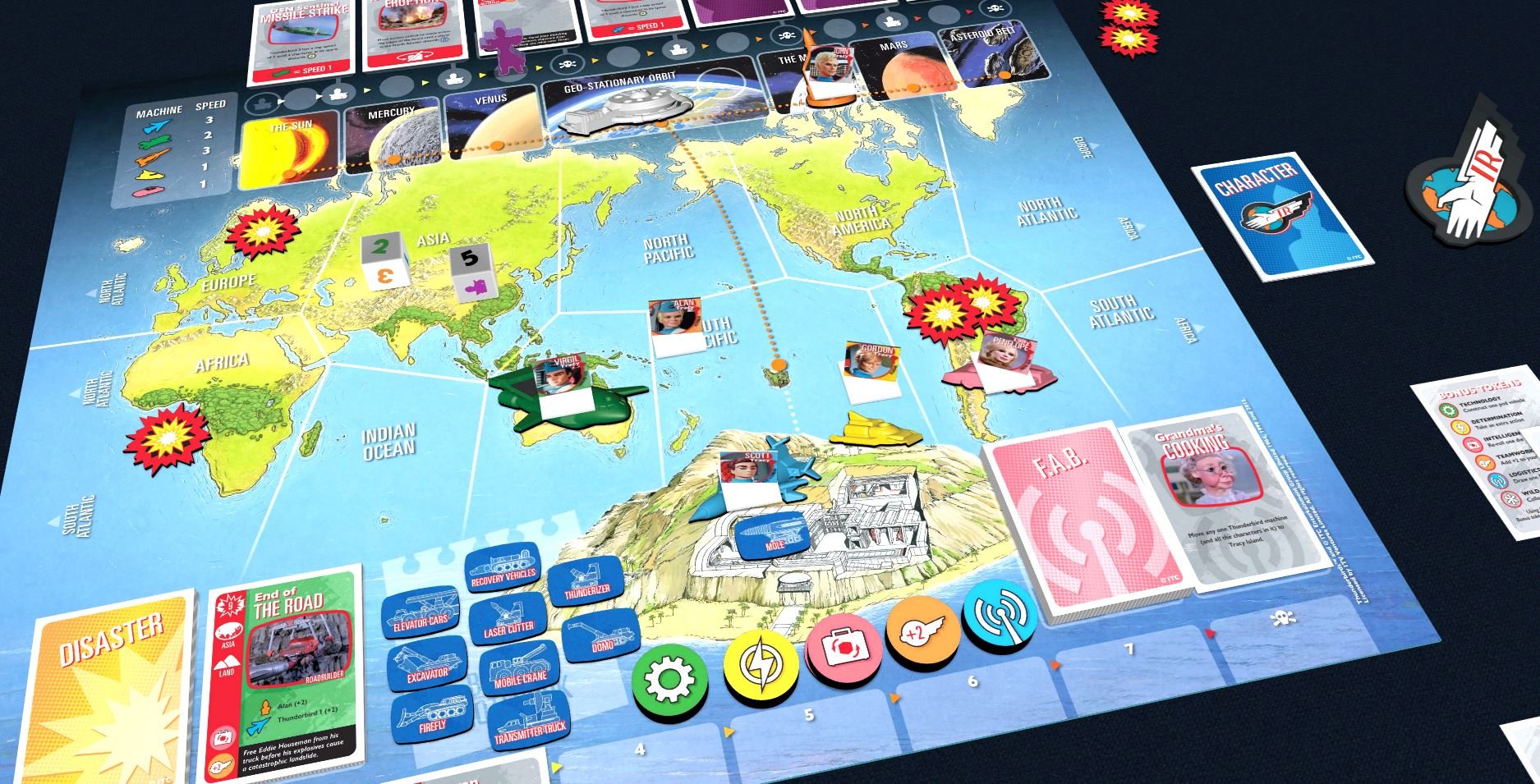 In Thunderbirds by the famous designer Matt Leacock the year is 2065, and you are agents of a secret organization committed to saving human life. With your fleet of technologically advanced land-, sea-, air-, and space- vehicles you are ready to help, and your motto is: ‘Never give in, at any cost!’

The game is based on the cult 1960s British science-fiction television series and was published to celebrate the show's 50th anniversary.

Thunderbirds is a co-operative game based on a cult sci-fi series.

Players will work together using Thunderbirds characters and high-octane vehicles to complete rescue missions and save the day by thwarting the evil plans of their Nemesis, The Hood. And remember, ‘Never give in, at any cost!’.

"Thunderbirds is a very fun co-op game and while there are clear similarities to fans of Pandemic, it has enough differences to stand on it’s own two feet. Every decision you make is important to achieving the goal of defeating the Hood. A great game to add to the collection." On The Game