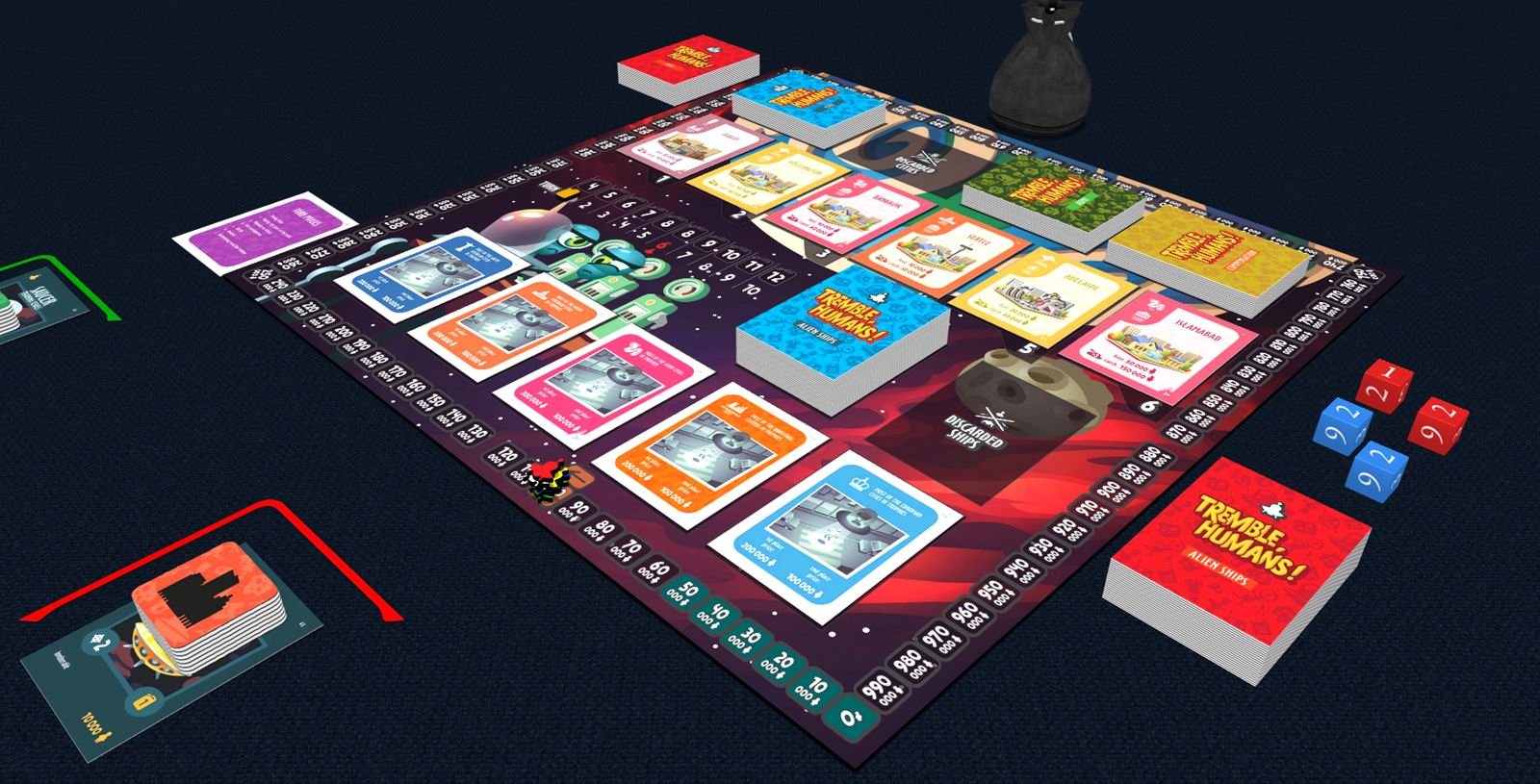 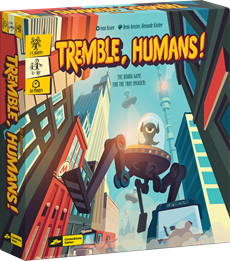 Tremble, Humans! is a highly thematic board game, where players take roles of alien generals, invading earth to fill their cargo with intergalactic currency – humans. Each turn of the game some cites are available for attacks and players simultaneously choose a place to attack, splitting their fleet between cites, if necessary. But one city is too small for two generals – so if there are multiple players trying to invade a city, their armies will fight and only the strongest will capture the humans! After the round, generals can buy support – new ships and stations are available for purchase, as well as the amount of fuel will increase during invasion, making alien fleets larger. After 8 rounds and additional goals scoring the richest player wins.