Announcing Trust Me, I'm a Superhero! 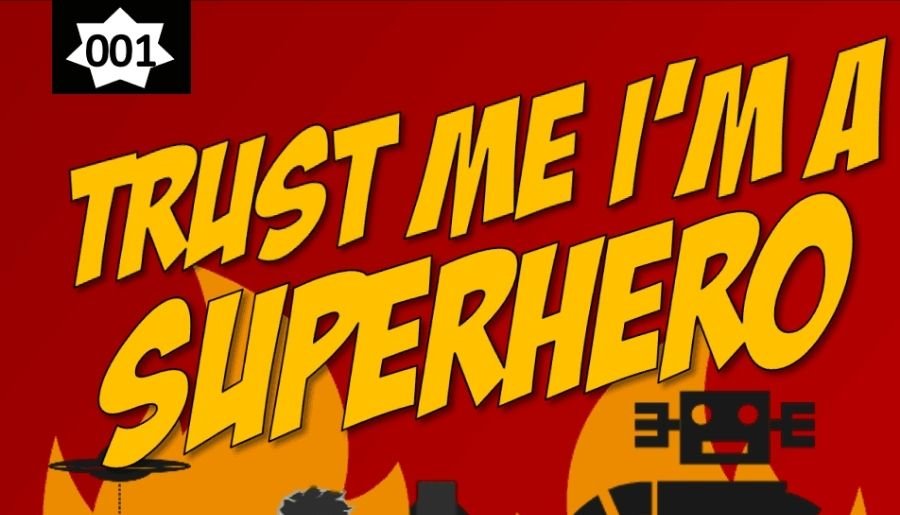 In Trust Me, I'm a Superhero, you’re a rag-tag group of super-ish heroes who have been left to deal with the cities’ minor disturbances now that all the major stuff has been cleaned up by the A-Team who have since left to pursue loftier rescues. Your Director handles Calls for Help to the superhero helpline, and it is up to you to best deal with anything that pops up…

But, little did the A-Team know that something big is about to hit town…

Each round, the Director will be the person who last watched a superhero movie (so cliche!).

All other players draw 5 ‘supers’ and 5 ‘powers’, then choose their favourite super/power and play it face down in front of them, creating their hero for the round.

YOU PICK YOUR POWERS BEFORE YOU EVEN KNOW WHAT THEY'RE FOR

The Director will then draw 3 ‘Calls for Help’ and picks one (saying sorry too bad to the other two, presumably). The Director reveals it to the team who will then take turns flipping their own superhero over and trying to explain why they are best suited to the job.

SUPER TIP: Arguing, heckling, and accusing the others of not being real heroes is encouraged! Just don't expect to measure up to any reasonable expectations yourself!

The Director will choose, handing that hero the Call for Help Card as a point, upon which that player is now the new Director for the next round. 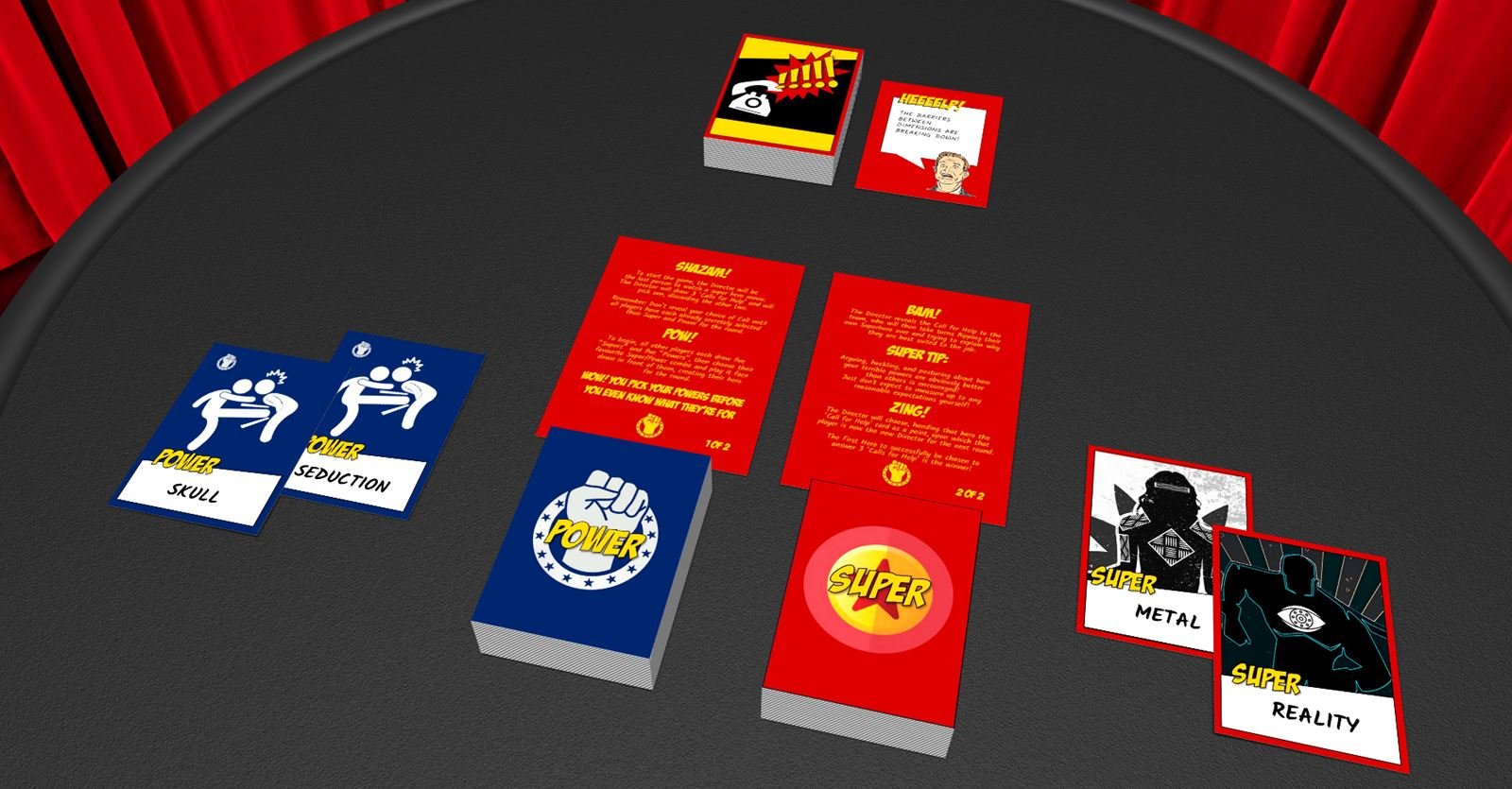 The first hero to successfully be chosen to answer 3 Calls for Help is the winner! Now they get to fight the giant firebreathing tecnodragon heading towards the city! Hooray!