Use dice placement to settle and spread 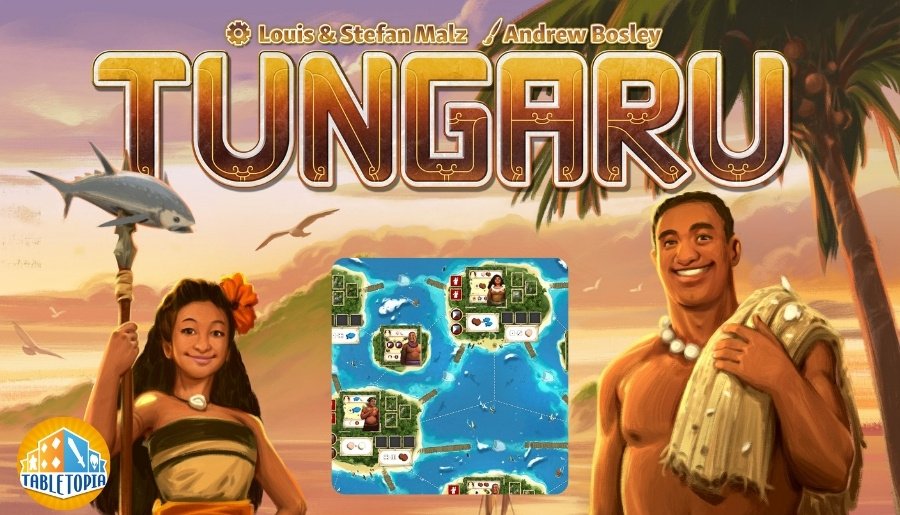 In a time when early sea-faring Polynesians roamed the Pacific they came across the archipelago of Tungaru, today also known as Gilbert Islands. Rich in nutrients and resources they set about colonising these lands and spreading their culture.

Tungaru sets players as early Polynesians in this dice placement and resource conversion, medium-weight euro game. Players will jump from island to island in an effort to recruit Nomads as new tribe members, colonise land, spread their culture, and exchange goods. Players use dice as workers, Leader cards which are blind revealed which are then given to your neighbor, and custom shaped meeples specific to their tribe. All in an effort to be the most successful tribe! 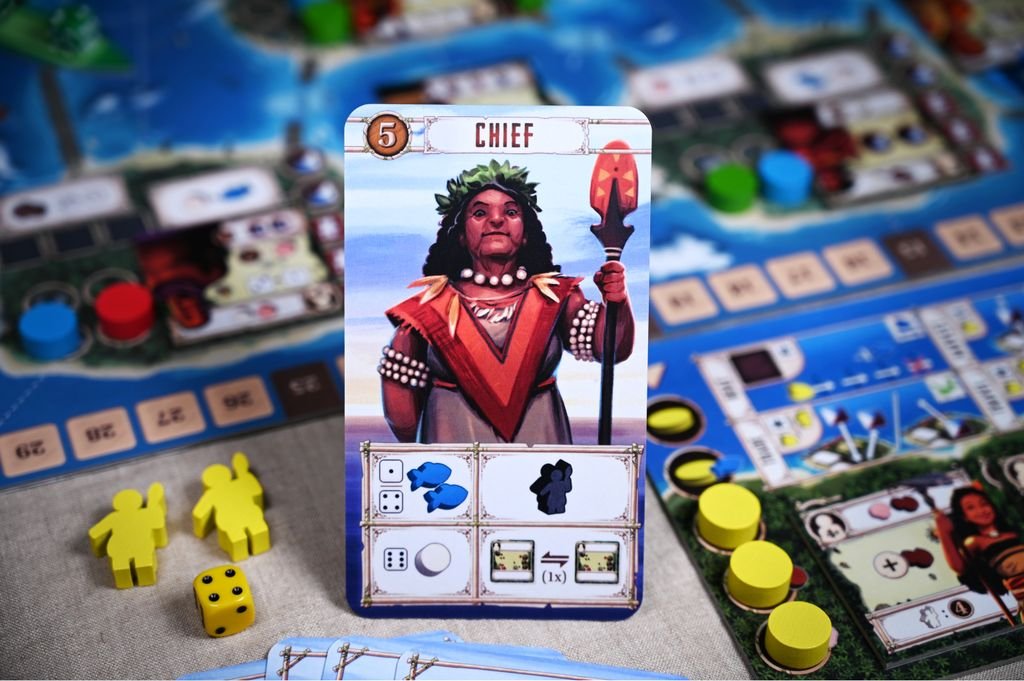