Play before you vote 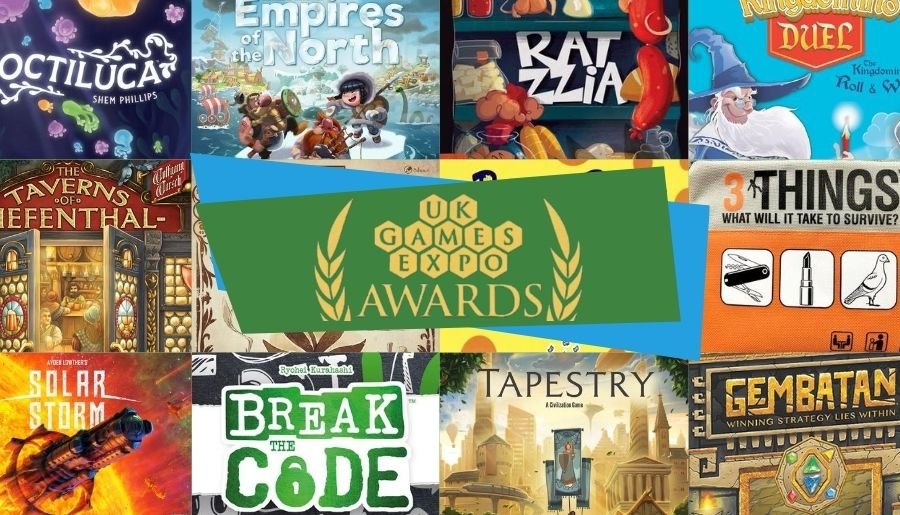 Happy Virtually UK Games Expo! The 2020 Awards Shortlist for the UK Games Expo Awards is now live, but before you cast your vote, many of these games are available to play right now on Tabletopia. Why not sample these outstanding contenders over the weekend? 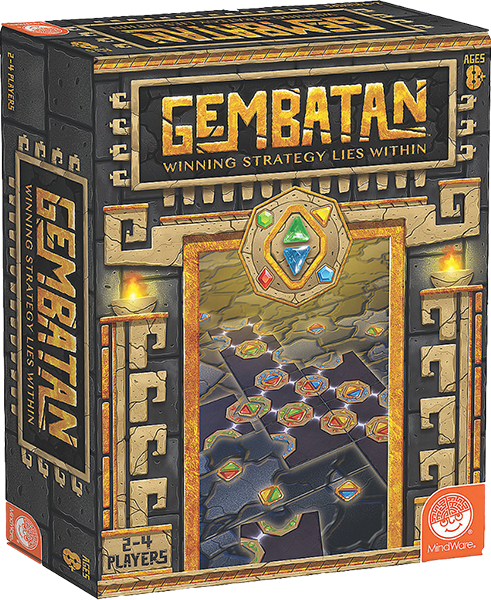 You have been called to face worthy opponents in a contest of strategy and cunning. Armed with amulet tiles and dual-direction gems, your goal is to align colors to score points. You may only lay a tile if you have a matching gem to place within it, so plan your moves wisely. Legendary players align three or more amulets of a matching color to score bonus points. Earn the most points and you will be richly rewarded as the victor! For 2 to 4 players. 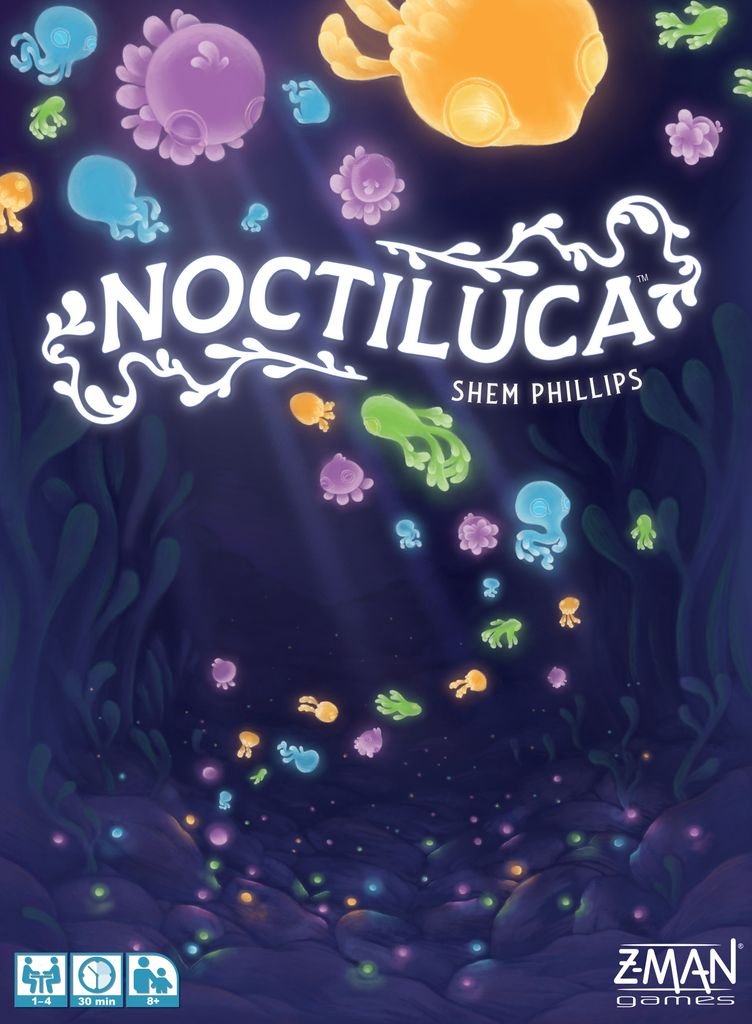 In Noctiluca, 104 colorful translucent dice fill the pool on the game board to represent the different glowing noctiluca. Players take turns diving into the water from the edges of the shore to collect the noctiluca dice from the board and keep them safely in jars until they can deliver them to healers. After two rounds, players compare points from their successful deliveries and the player with the most points wins.

Empires of the North 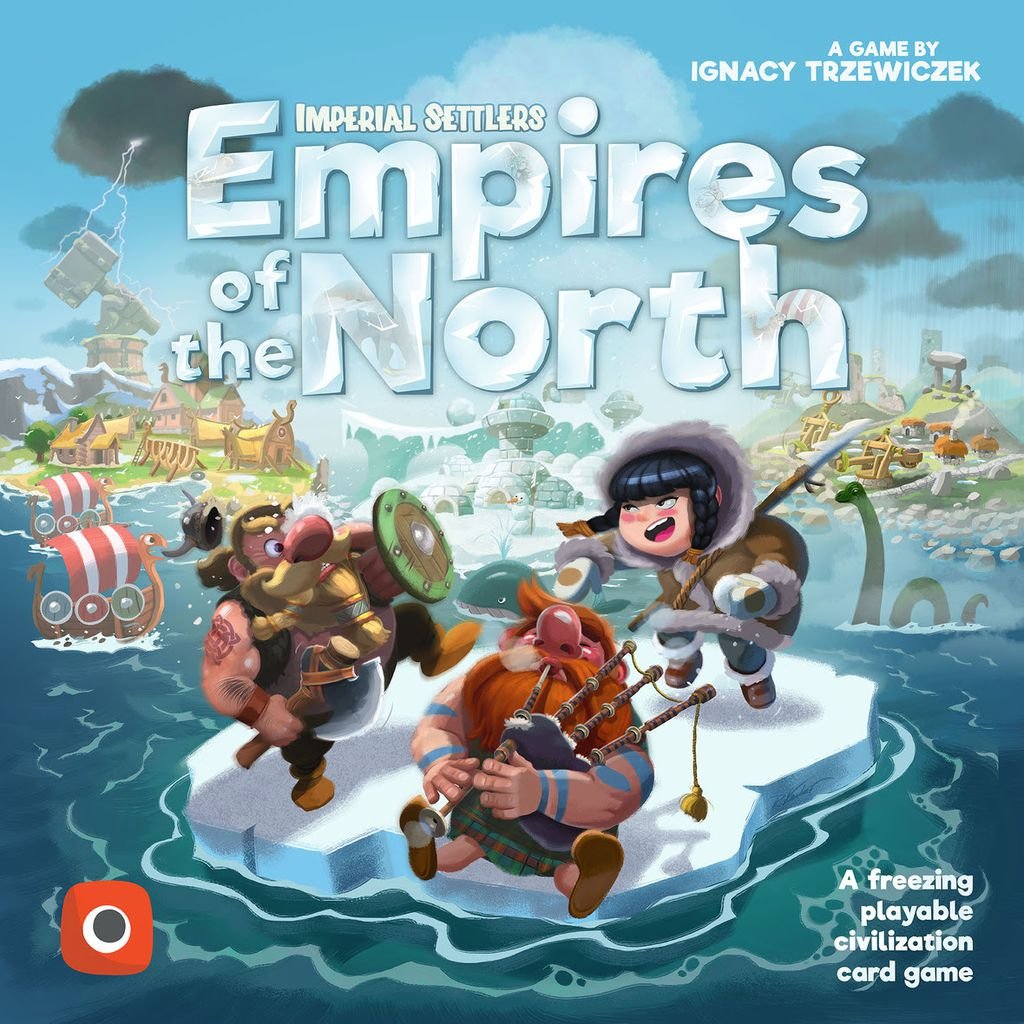 Empires of the North is a card game in which players lead one of six clans from three different factions. The game plays out over a series of rounds, during which players explore new lands, construct buildings, trade resources, and sail to new lands with the aim of either conquering, or pillaging to gain more goods! Each action draws the clans closer to becoming the greatest empire! The game ends in the same round that any player reaches the 25 victory points mark.

Empires of the North is aimed both at the new players and also all fans who love Imperial Settlers and are looking for a great engine building experience. 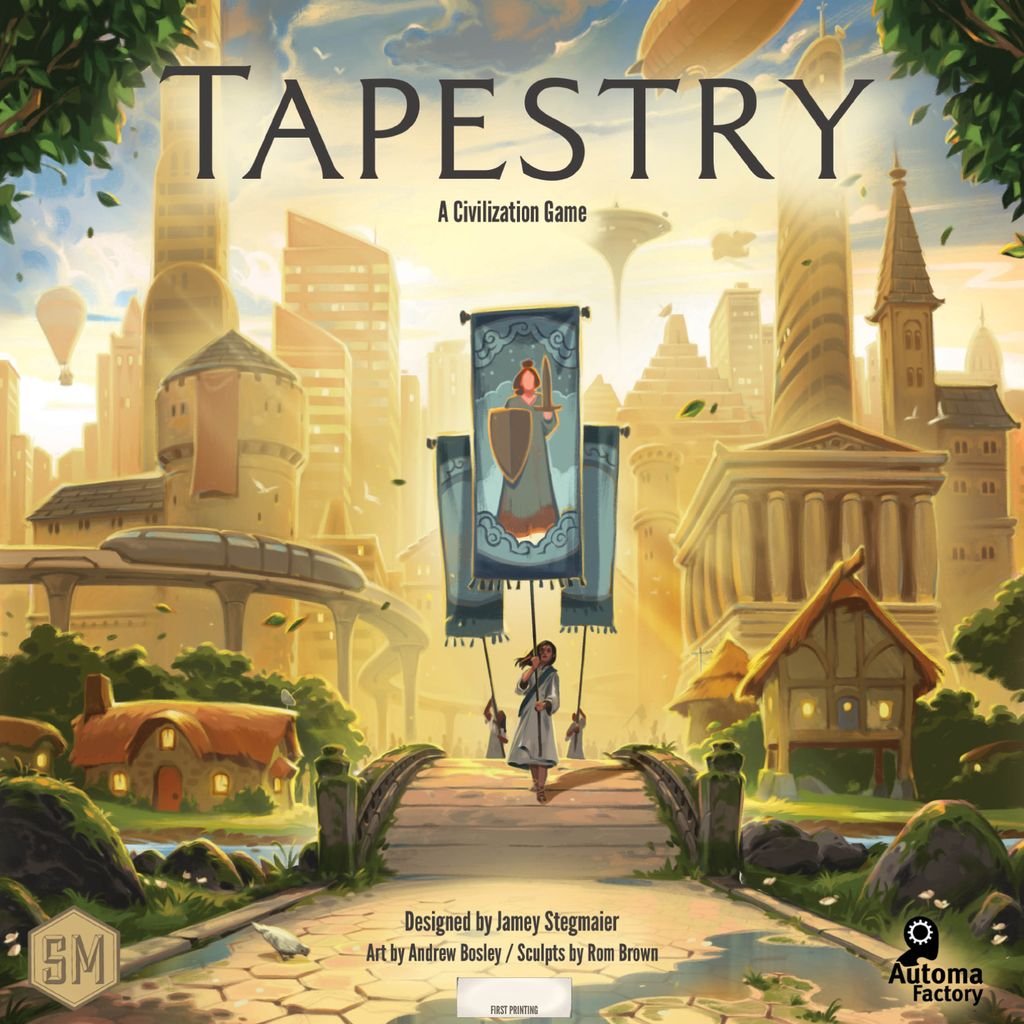 Tapestry is a two-hour civilization game for 1-5 players designed by Jamey Stegmaier.

Create the civilization with the most storied history, starting at the beginning of humankind and reaching into the future. The paths you choose will vary greatly from real-world events or people — your civilization is unique!

In Tapestry, you start from nothing and advance on any of the four advancement tracks (science, technology, exploration, and military) to earn progressively better benefits. You can focus on a specific track or take a more balanced approach. You will also improve your income, build your capital city, leverage your asymmetric abilities, earn victory points, and gain tapestry cards that will tell the story of your civilization.

The Taverns of Tiefenthal 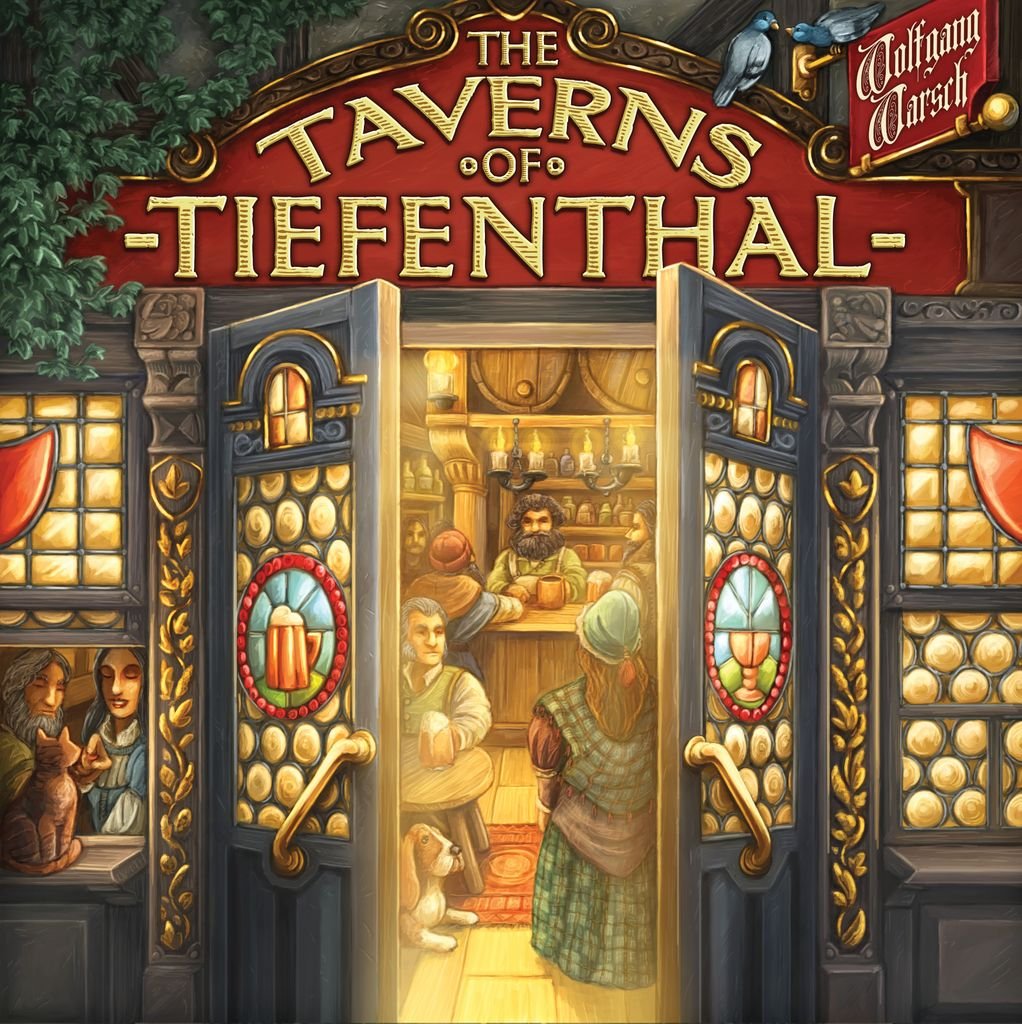 Can you turn your tavern into the talk of the town? Do you expand your seating capacity, or the size of your beer cellar? Hire new staff perhaps? The more wealthy customers you attract, the more money you have to expand. Prestigious nobles will come by to see what all the fuss is about, making your tavern the hottest spot for miles around.

The Taverns of Tiefenthal combines dice placement with deck building to create a challenging and accessible game for all skill levels – a hallmark of all Wolfgang Warsch’s games. With multiple ways to expand the game, the game has hours and hours of replayability. 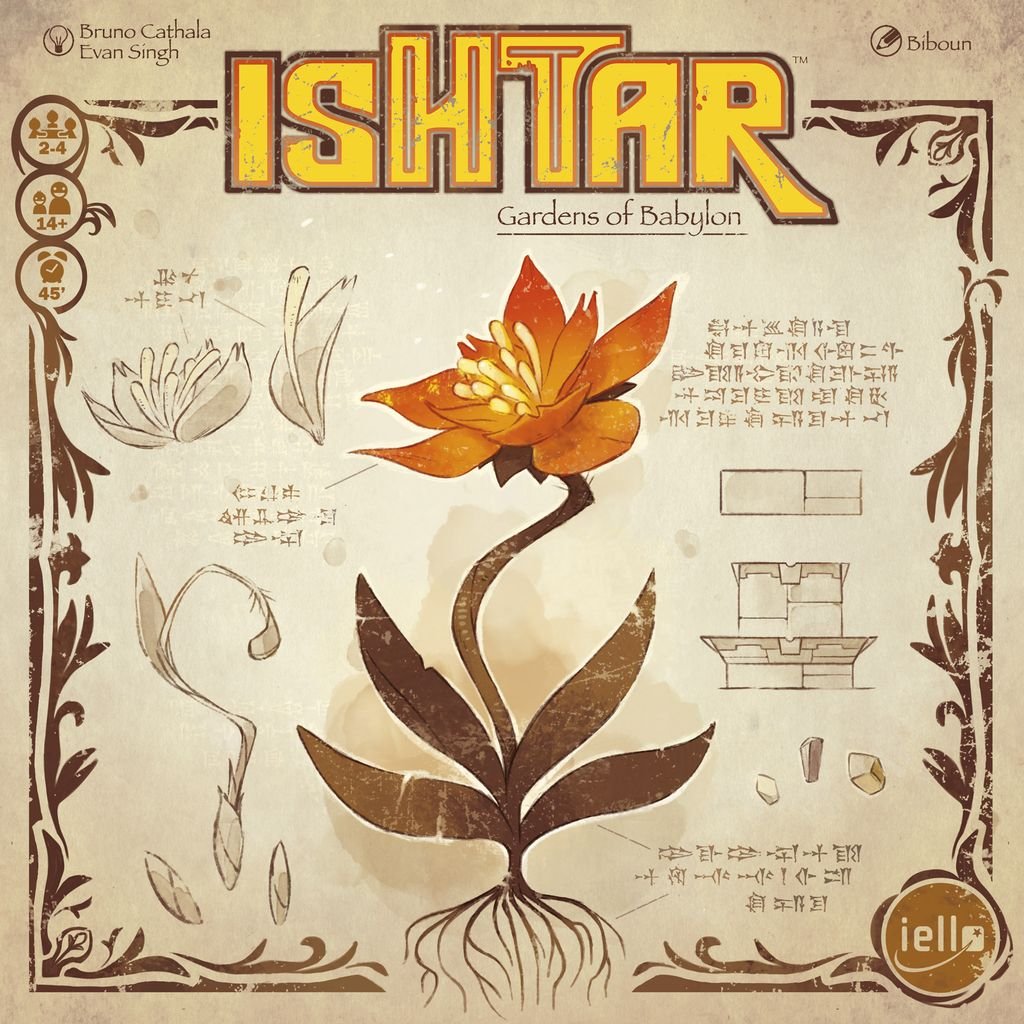 From the award-winning designer Bruno Cathala, Ishtar is a game in which you play the role of a gardener aiming to transform the dry desert into the Lost Hanging Gardens of Babylon.

To accomplish your mission, you will have to plant flowers, which, if you place them well, can help you gather precious gems and activate actions. Whether to buy Trees (which will block the link between two Flower spots, as well as earning you points) or to purchase upgrades (such as getting two more points per Tree card at the end of the game), collecting gems will be a crucial part of the game.

Get them before your opponents, recruit apprentices, send them to earn points in the copses of flowers you have created, block others and think carefully of the upgrades to purchase if you want to become the best gardener at the end of the game! 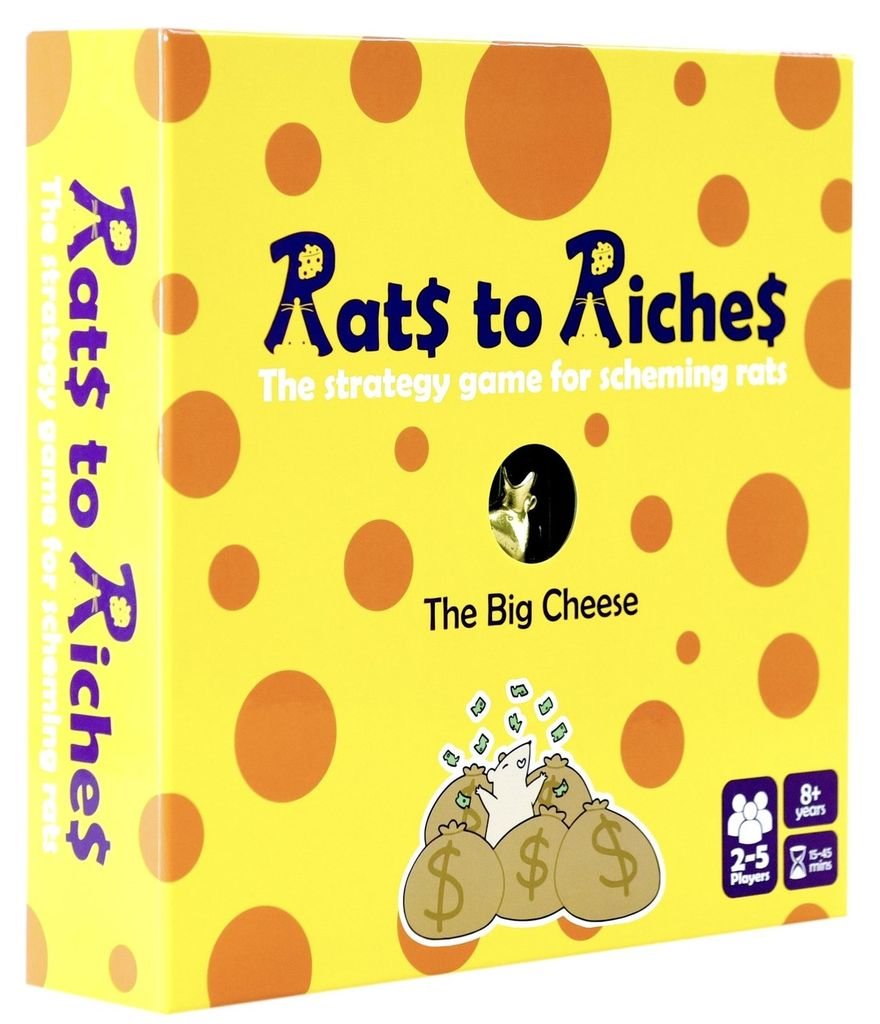 So what's the big idea? Well... you're a pack of filthy, scheming rats. You're racing to collect $100, working your way to a better class of sewer. You do this by investing in assets, sabotaging other rats and building your sewer empire! A game of Rats to Riches takes 5 minutes to learn, 30 minutes to play, supports 2 to 5 players, and can accommodate players as young as 8 years old. 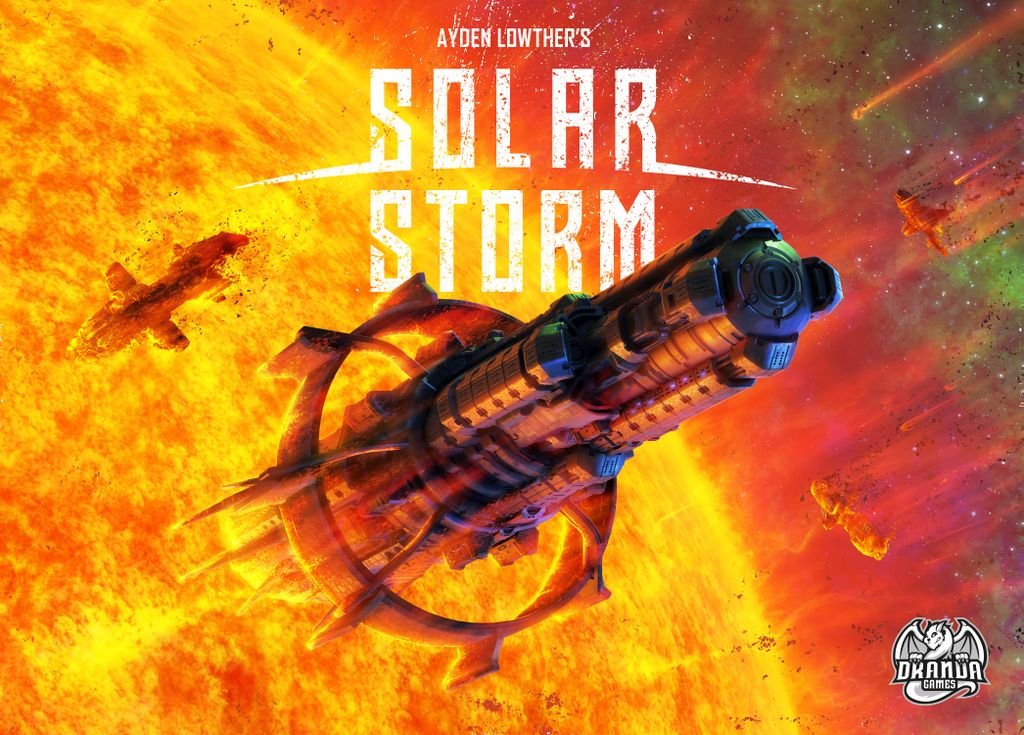 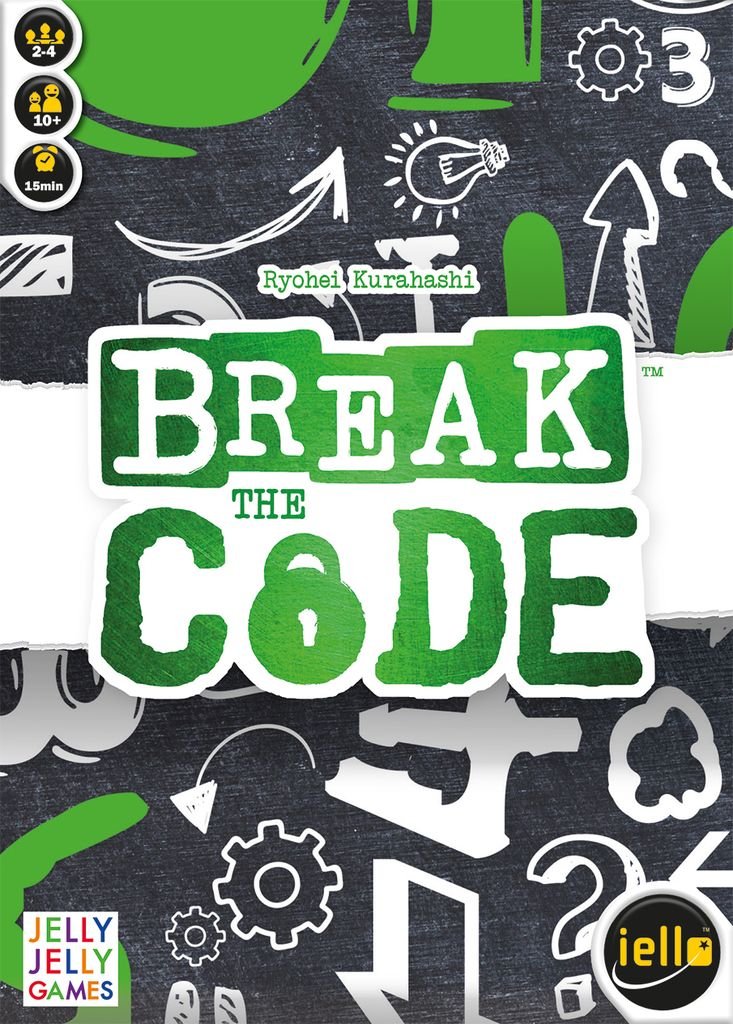 Break the Code is a logical deduction game played with number tiles and question cards. You win if you can guess all of your opponent's tiles in a two-player game or if you can guess the face-down tiles in the center for a three- or four-player game. Put on your thinking cap! Deduce all of your opponent's tiles (or the center tiles) and correctly guess their colors and numbers in order from left to right. 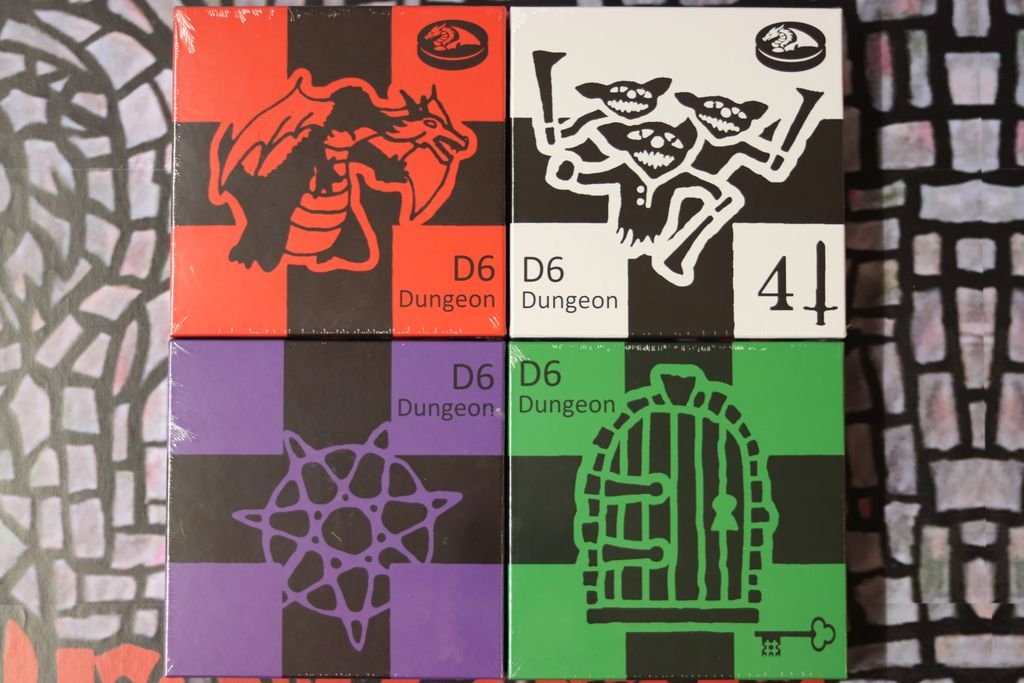 D6 Dungeon is a race to be the first to find a route through a perilous dungeon. A brave adventurer, you will encounter monsters from terrible dragons guarding hoards of gold to pesky little orcs, ancient, undiscovered treasure chambers, cursed glyphs. Lots of stuff.

As you explore you also come across the items you need to get through and learn spells that can alter the very corridors in front of you. But beware; you are not the only one in the dungeon and your opponent will have a very different view of what it looks like… 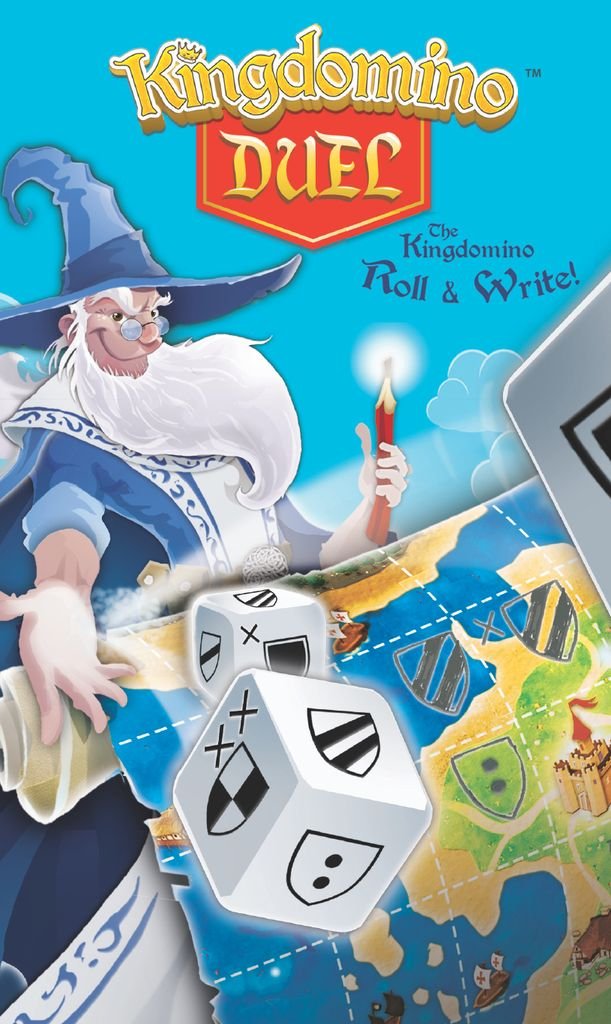 Roll the dice, choose the ones you want, and put them together in pairs to create your dominoes. Domino by domino, fill in your map while entrusting the territories of your kingdom to loyal dignitaries. Gather favors from wizards in order to cast powerful spells that will allow you to rule without having to share.

Kingdomino Duel is a standalone game that preserves the essence of the acclaimed original Kingdomino. In this game, instead of adding dominoes to your kingdom, you will choose two dice to combine into a single "domino" that must then be drawn into your kingdom. 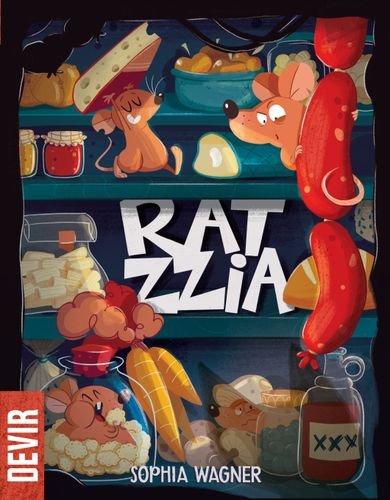 The pantry shelves are nearly overflowing with food and the mice are rushing to collect what they need to ensure their families have enough to eat through the harsh winter. Each family forages for themselves, trying to do the best for the wee offspring. The first to fill their little sack will be the envy of all mousedom.

Ratzzia is a game for two to five players. The dice represent the mice in each player’s family. Each time they roll the dice they must arrange the die results on the board in order to get as much food as possible. 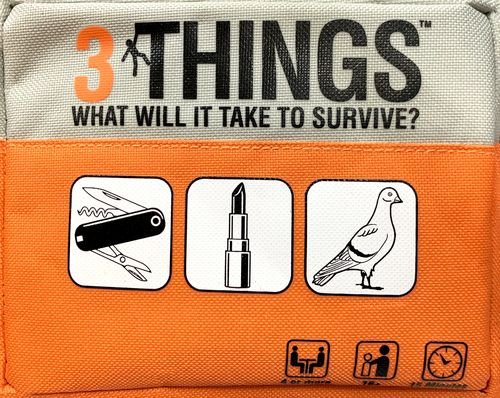 You’ve got 30 seconds and 80+ random objects to choose from. Can you figure out a way to get through a crazy survival scenario? Think quickly to piece together your plan before making your case to the judge. It better be good; there are only so many rations that you can win and you never know what your fellow competitors have up their sleeves. 3 Things is a witty game of ridiculous persuasion, perfect for your most creative group of friends.

The full list of award nominees is available here, as well as being the place where you can vote on your favourites!