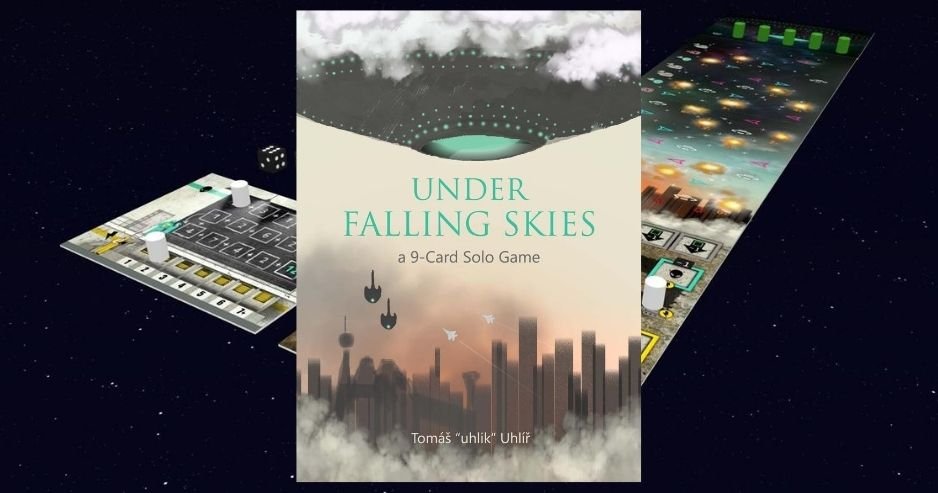 This is the print-and-play version of Under Falling Skies - multi-award winner of the 2019 BGG 9-Card Nanogame P&P Design Contest. Later, the game was adapted into a full-blown multi-mission campaign game created by CGE and releasing later this year!

The cards form a track with an alien mother ship accompanied with an army of smaller ships on the top and an underground base at the bottom.

Each round, you place dice on various rooms in your base, but when you do, you move all enemy ships in the corresponding column, therefore you must carefully consider where to place each die. While higher numbers mean better room effects, they also move enemy faster. There can be only one die in each column so you are restricting yourself with every placement.

Fortunately, thanks to the room effects, you can shoot down enemy ships or deploy robots to increase your workforce, but don't forget to work on the research as well and watch your energy supply.

The game gets more and more tense as the mother ship descends at the end of each round.

Will you be able to reach the end of the research track before your base suffers too much damage or the mother ship gets into the Earth atmosphere?