Lead the Uprising against The Empire and Chaos. 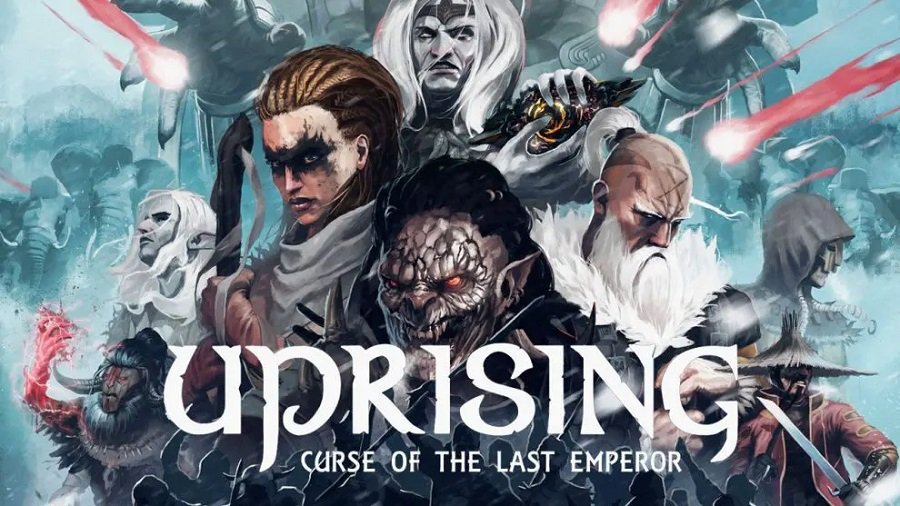 [BGG description] Uprising: Curse of the Last Emperor is a strategically challenging and fully cooperative board game for 1 to 4 players set in a deeply immersive post-apocalyptic dark fantasy setting. As the known world is about to end, the players take over the role of a great hero to lead their faction through these dark times.

Uprising is a 4X cooperative game played against two asymmetric enemy factions controlled by the game itself: Chaos and the Empire. Explore the wasteland, expand your dominion, exploit the resources of the liberated territories, and exterminate the Legions and Hordes around you.

Every game tells a completely different story due to a modular board, asymmetric factions and a huge variety of different events. The game ends after four chapters. If you have not collected more victory points than Chaos and the Empire, the world will truly end. 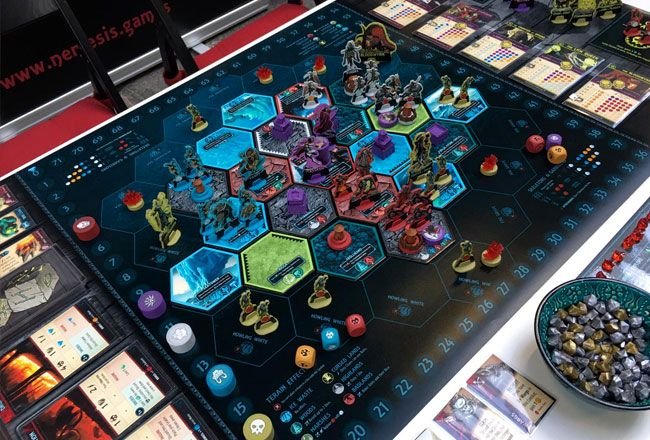