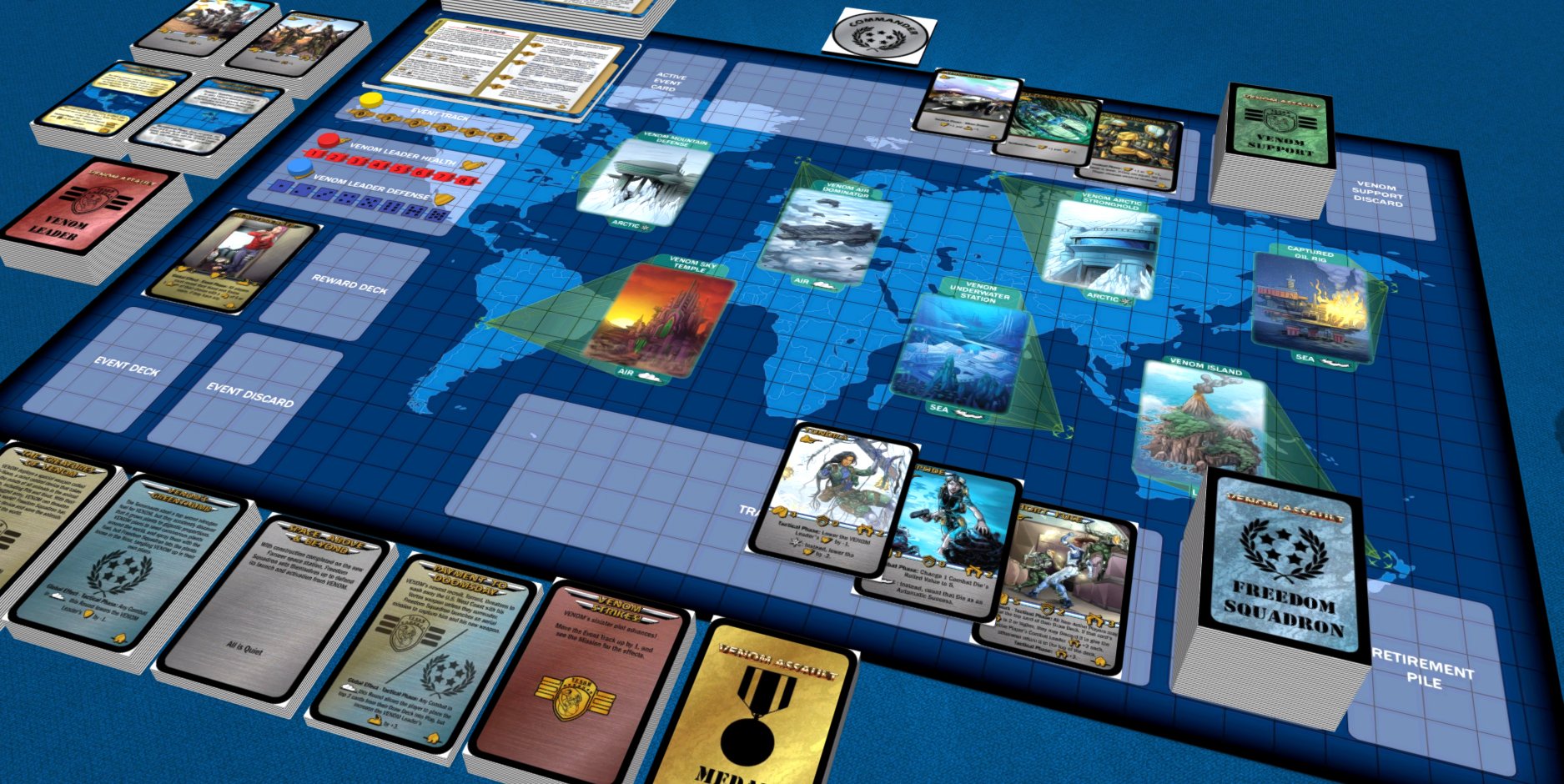 Defeat global terrorist organization VENOM before they unleash havoc upon the world! 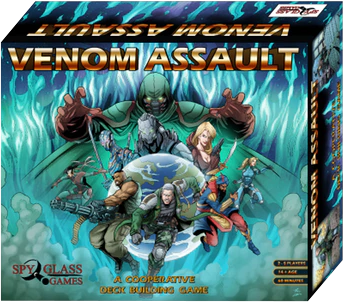 VENOM Assault is a cooperative deck building game with dice-based combat. Players will use their turns to recruit new Freedom Squadron Soldiers and Vehicles into their hands that they will use to challenge one of the seven VENOM leaders on the board. Each card will have set abilities that can help bring about victory, but VENOM can also call upon their own troops to help them out as well.