An evil plot is afoot in Victorian London! 🔎 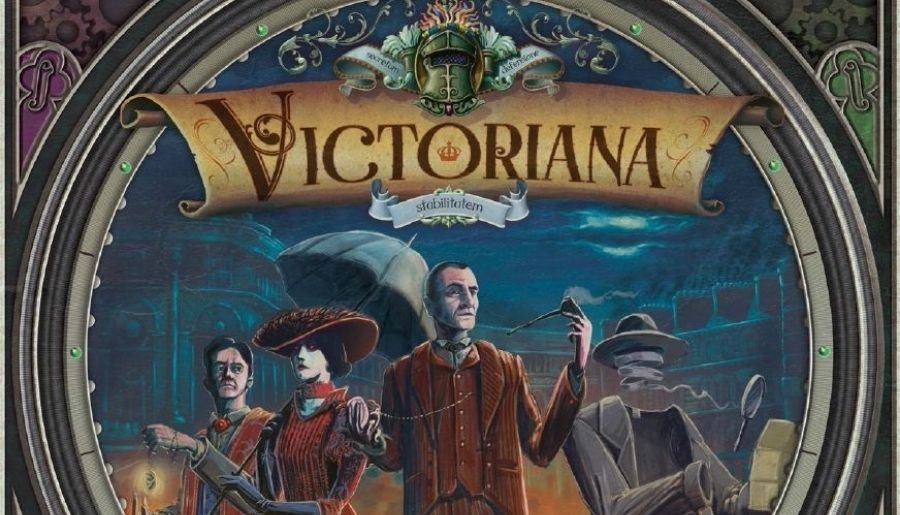 Somewhere in the heart of 19th century London, shadowy forces are hatching a dire conspiracy. Queen Victoria has enlisted the aid of exceptional individuals to investigate the impending plot and save her realm from its calamitous consequences.

Victoriana is a cooperative game for 1-4 players. Players move throughout London marshaling and managing resources, investigating leads, and thwarting the agents of an unknown mastermind before time runs out.

Players take the role of investigators that have influence within different realms of British society (politics, science, occult, and the underworld). The conspiracy's three elements (mastermind, plot, and locale) are represented by cards and tokens selected in secret before the game begins. Leads relating to the conspiracy are represented by facedown cards tied to notable London locations. Players move their figures throughout the city, revealing lead cards, expending their investigator's influence tokens to acquire those leads, and deciding how to apply them toward the conspiracy's hidden aspects. 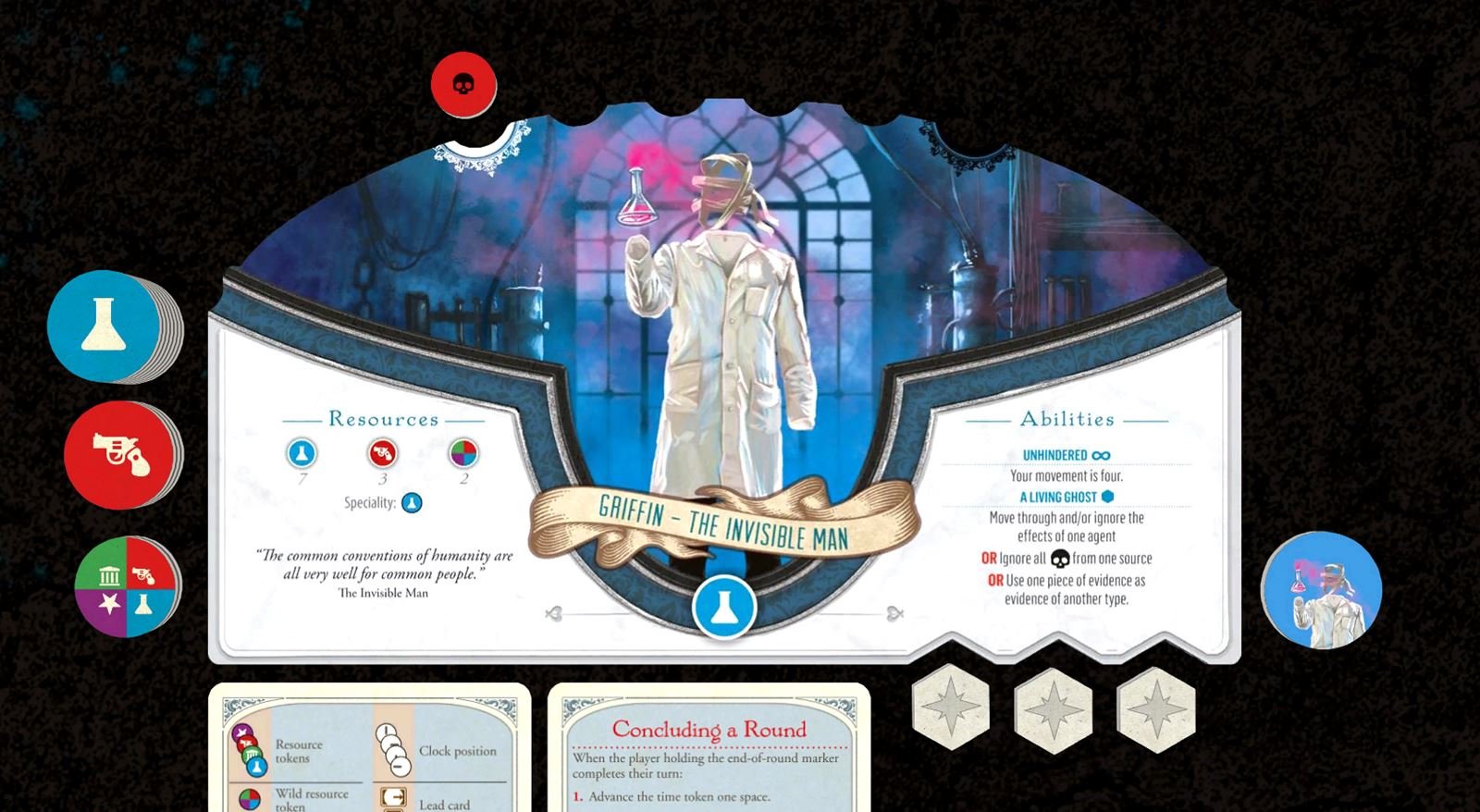 Time is not on their side. Mismanaging the clock or their influence tokens causes leads to go cold, traumatizing investigators and bringing the conspiracy closer to its dreadful realization. Worse, as the investigators come closer to the truth, the mastermind dispatches agents to stymie their movements, disrupt their efforts (by forcing them to discard influence tokens), and assassinate them (by causing trauma). 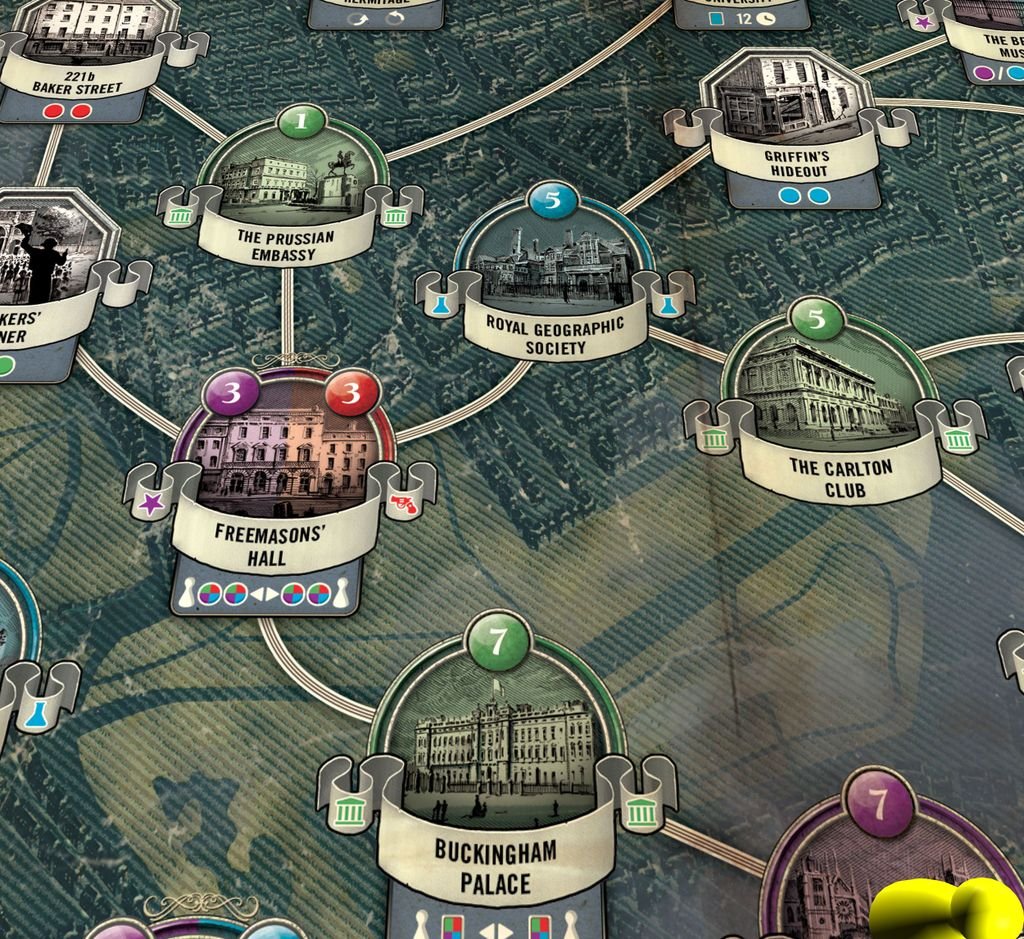 Identifying the elements of the conspiracy leads the players to a climactic confrontation. If the precise combination of influence is accrued and the investigators assemble at the correct locale, the queen is saved and the British Empire preserved; however, if too many leads go cold, Big Ben strikes midnight, or the investigators are too traumatized, a dire fate awaits.