With The Dice Tower and BGG 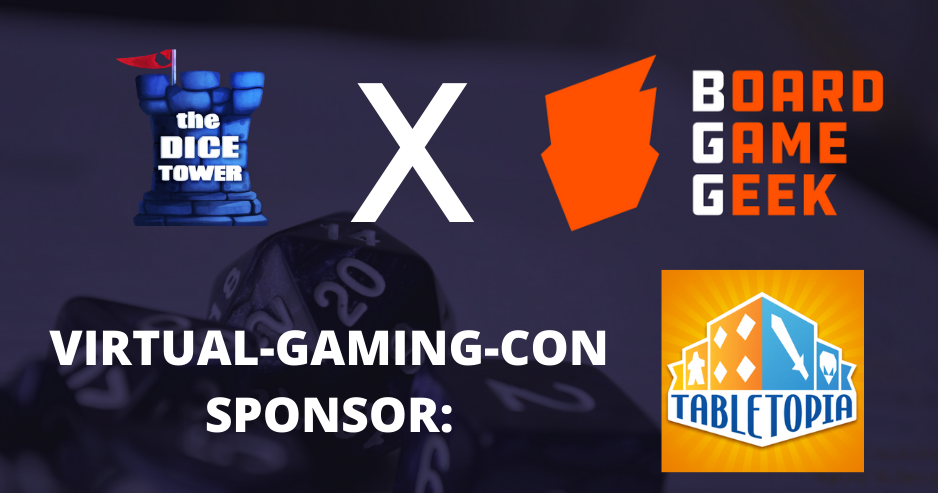 Tabletopia will be partnering with The Dice Tower and BoardGameGeek as a sponsor for their combined digital con: Virtual-Gaming-CON. The event will be held on June 24-28 from midnight GMT-5 (Dallas time).

As part of the event and for us to help gamers come together in a year where in-person cons are no longer possible, we will be making our ENTIRE games library free for anyone to play (including Premium games).

We will be working on a schedule for events, Learn & Play events, livestreams, and more which we'll be releasing closer to the event. More information about how to access the convention will also be released at a later time.

Additionally, as a way of supporting the people who make the games possible in the first place, any publishers with Premium games who would have normally recieved income share for the event period will still be paid accordingly.

We're really excited about this partnership and we hope to see you (digitally) there!