Conquer the legendary island of Myth 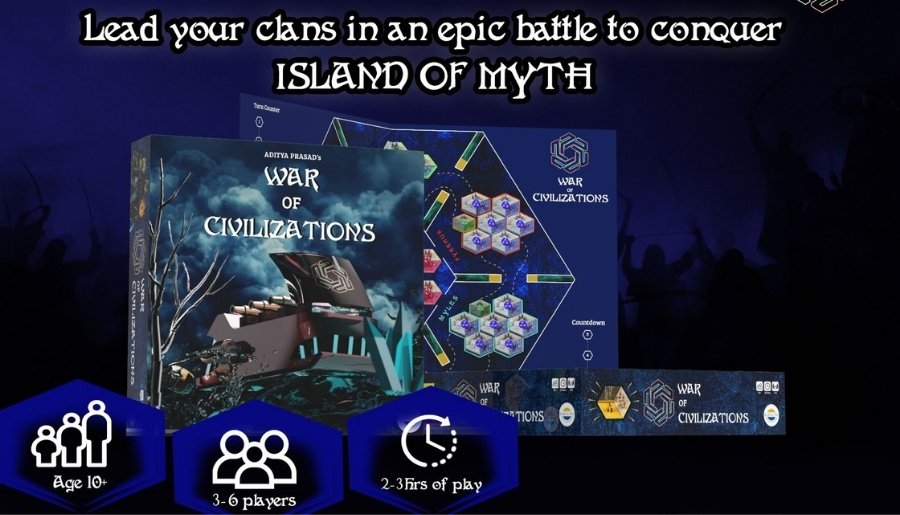 Welcome to earth 2050. Climate change has melted the polar ice caps much faster than expected. Most of the earth is now under water with continents shrinking to the size of islands. Helium rich water is now found on earth because of global warming and increased pressure in the atmosphere such as in other planets. A new energy source called the Ocean Crystal has been discovered in helium rich waters. Wars have been fought for this energy dense resource which powers everything. Trees have adapted and absorbed aluminum from the earth’s crust to survive the wildly unpredictable climate and aluminum wood is much in demand to build war machines.

You have heard of Island of Myth which is mentioned in legends as containing enough resources to last forever. Your ambition is to find and conquer the Island of Myth and crush your rivals once and for all.

In War of Civilizations, players move ships and collect resources from locations around the map with the aim of conquering the island of Myth. 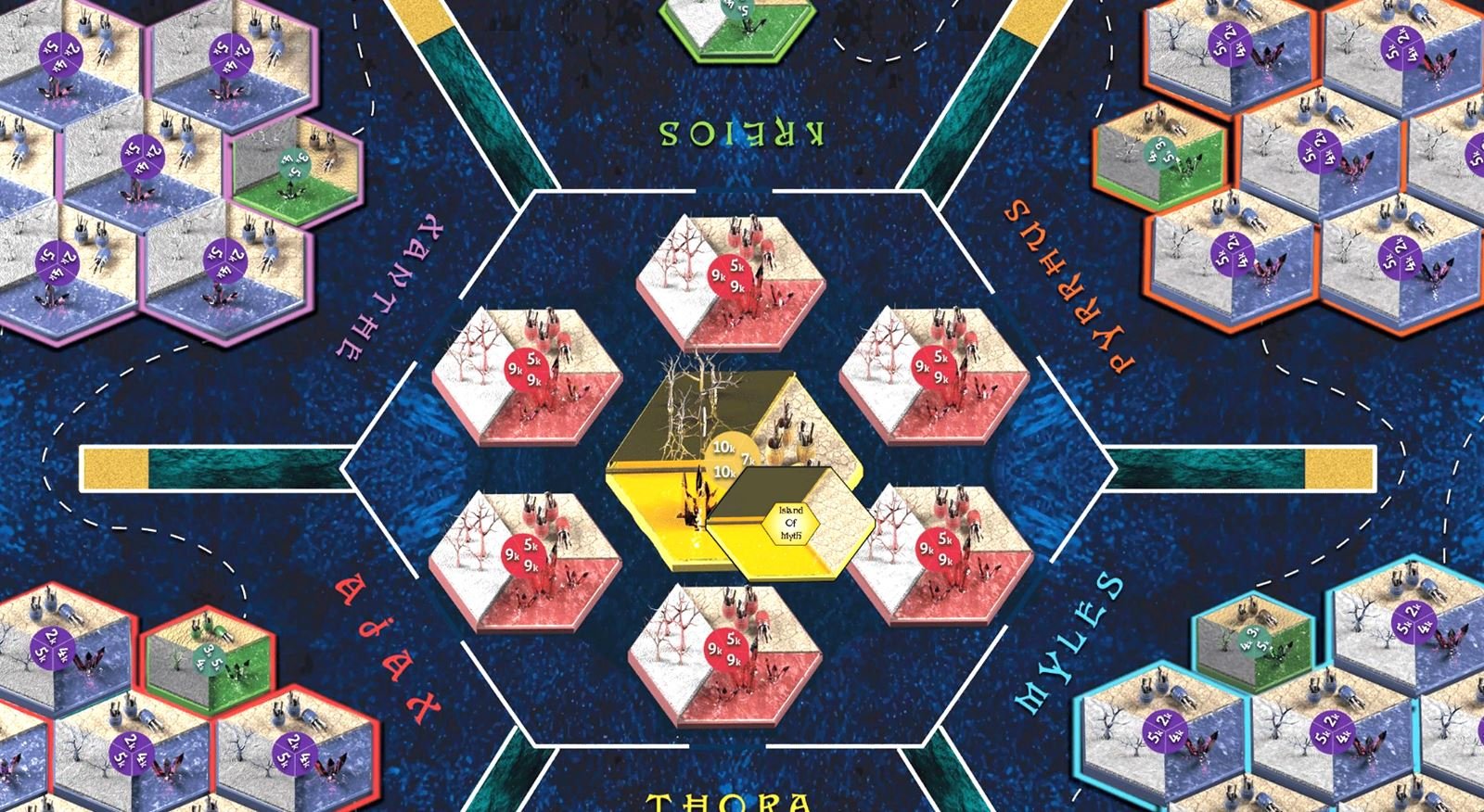 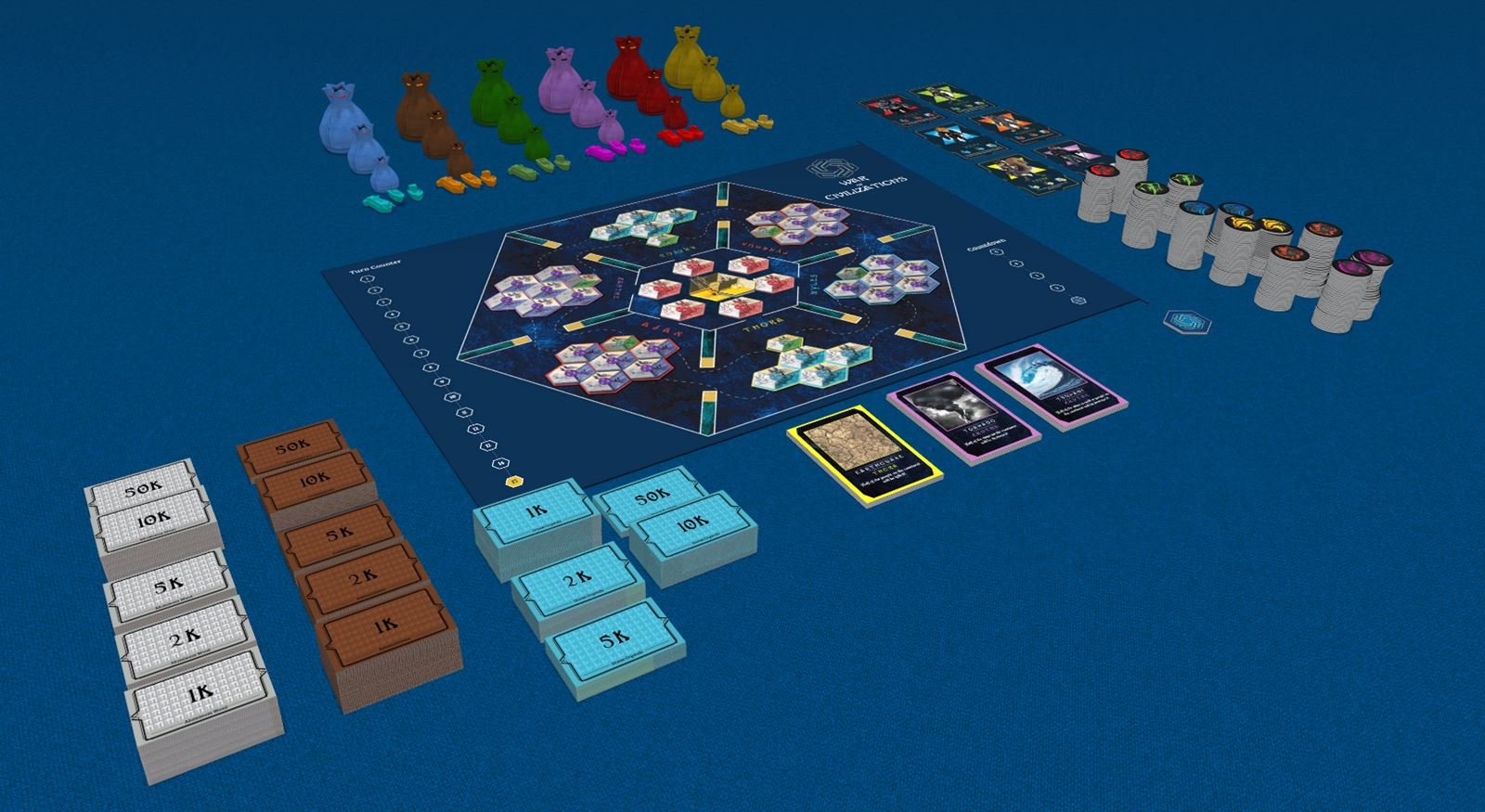