The Second Invasion from Mars

Announcing War of the Worlds

Fight against or lead the alien forces in War of the Worlds - an asymmetrical deck-building game by Grey Fox Games. 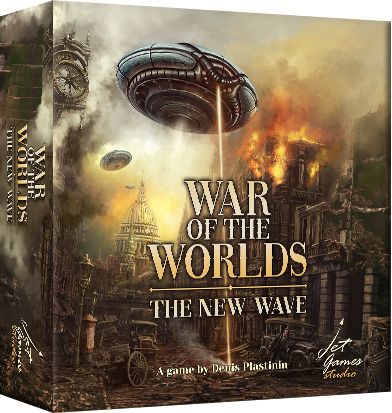 War of the Worlds

The game events unfold several years after the original "War of the Worlds" story be Herbert Wells. Extraterrestrial invasion occurs again, but this time the Martians arrived on a giant spaceship which lands in one of the backwater districts in Scotland. During the game, one player commands the alien forces, and the other one becomes a leader of UK self-defense units. The main objective of the invaders is to completely annihilate the population of Great Britain, while the opposite side needs to deal enough damage to the Martian army. The game is played with 2 asymmetrical decks of cards, a playing board, tokens and miniatures.

Pre-order your own physical copy of the game by supporting it on Kickstarter!