Play it exclusively on Tabletopia 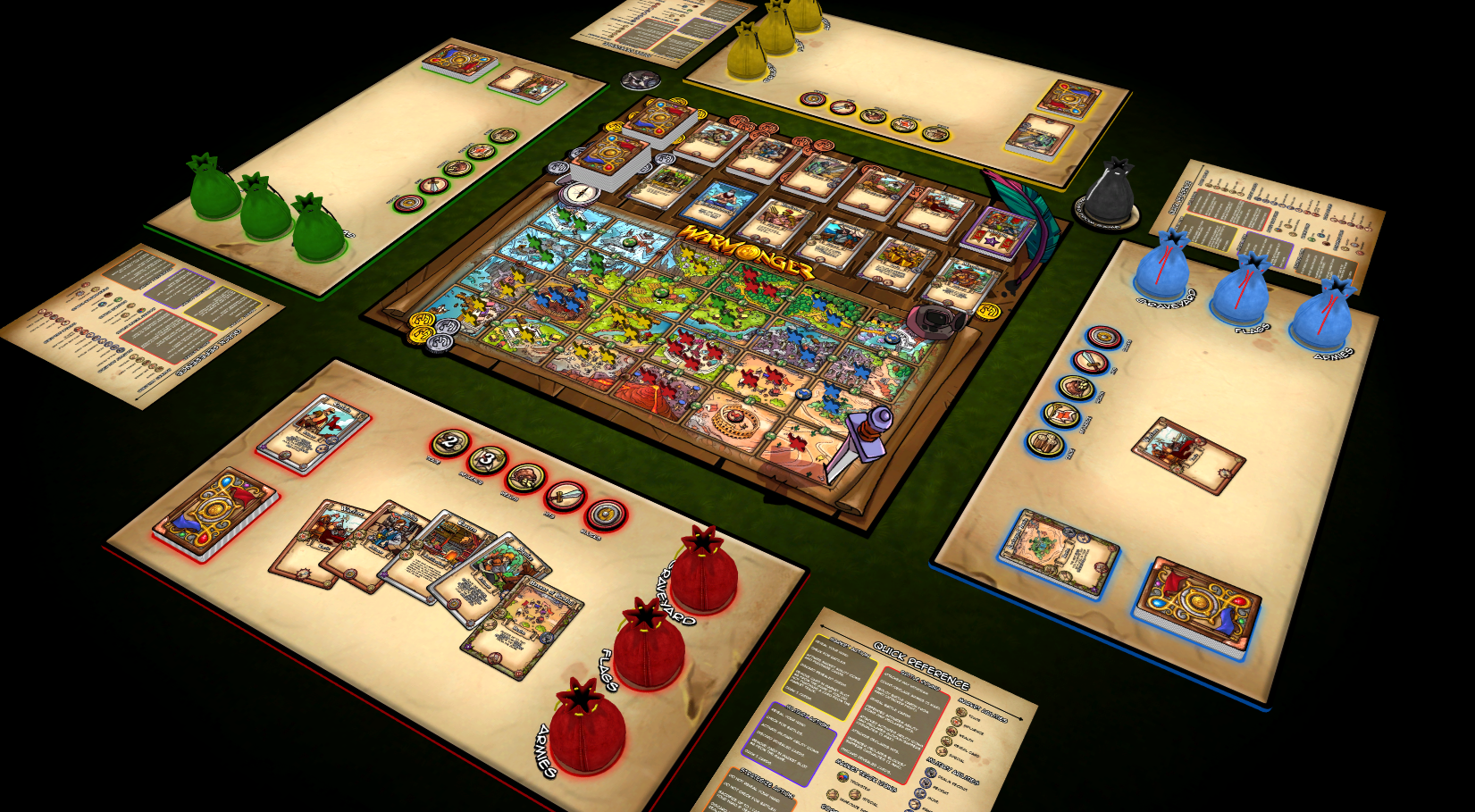 We're really proud to announce Warmonger, a deck-building direct interaction game that is available to play on Tabletopia only.

When I first discovered Tabletopia and saw what could be accomplished on your platform, it was actually the reason I decided to commission art and finally complete the game, which I have had in developmental stages for years. I added sound effects and even licensed music to use in the musicbox. It's a finished product, and Tabletopia is the only place to play it.

Dan May, the designer of Warmonger

The author has also promised to make a live demo of this game in the upcoming weeks, so stay tuned!

Warmonger is a simple yet strategic board game for 2-4 players, combining the structure of a deck building game with the direct player interaction of a war game.

As the crown's greatest Warlord, you must prove your worth by defeating the lesser Warlords contesting for the throne. You'll need to win the loyalty of many followers, build mighty fortifications, and devise cunning tactics to become the new ruler of the kingdom... May the best Warlord win!