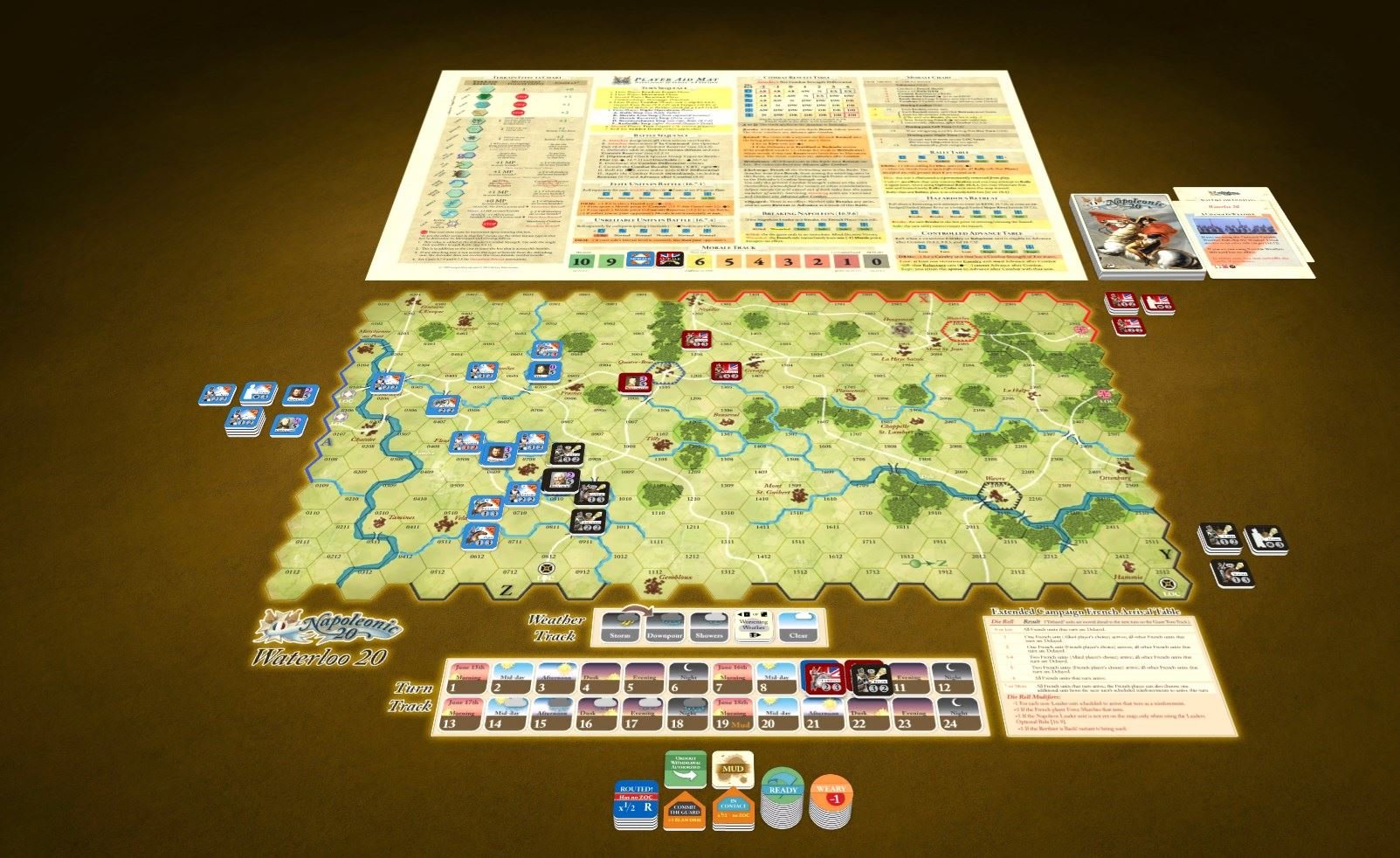 Relive the glorious battles of the past with wargames on Tabletopia! We introduce Waterloo 20 by Victory Point Games, a game based on the Waterloo campaign of 15-18 June 1815 between Emperor Napoleon and the Anti-French side.

The Napoleonic 20 Series features games of modest complexity, each with a focused scope and low unit density (typically fewer than twenty pieces per side).

Waterloo 20 is a historical wargame and the first in a series of games featuring low unit density on the map (20 pieces or less per side) and medium complexity.

"A great starter set of Napoleonic battle scenarios supported by an appealing game system where players truly feel like commanders on the battlegrounds of Waterloo." Board Game Quest