Firestorm has been unleashed on the town!

Build your Brigade and save Tinderbox from a magical fire. 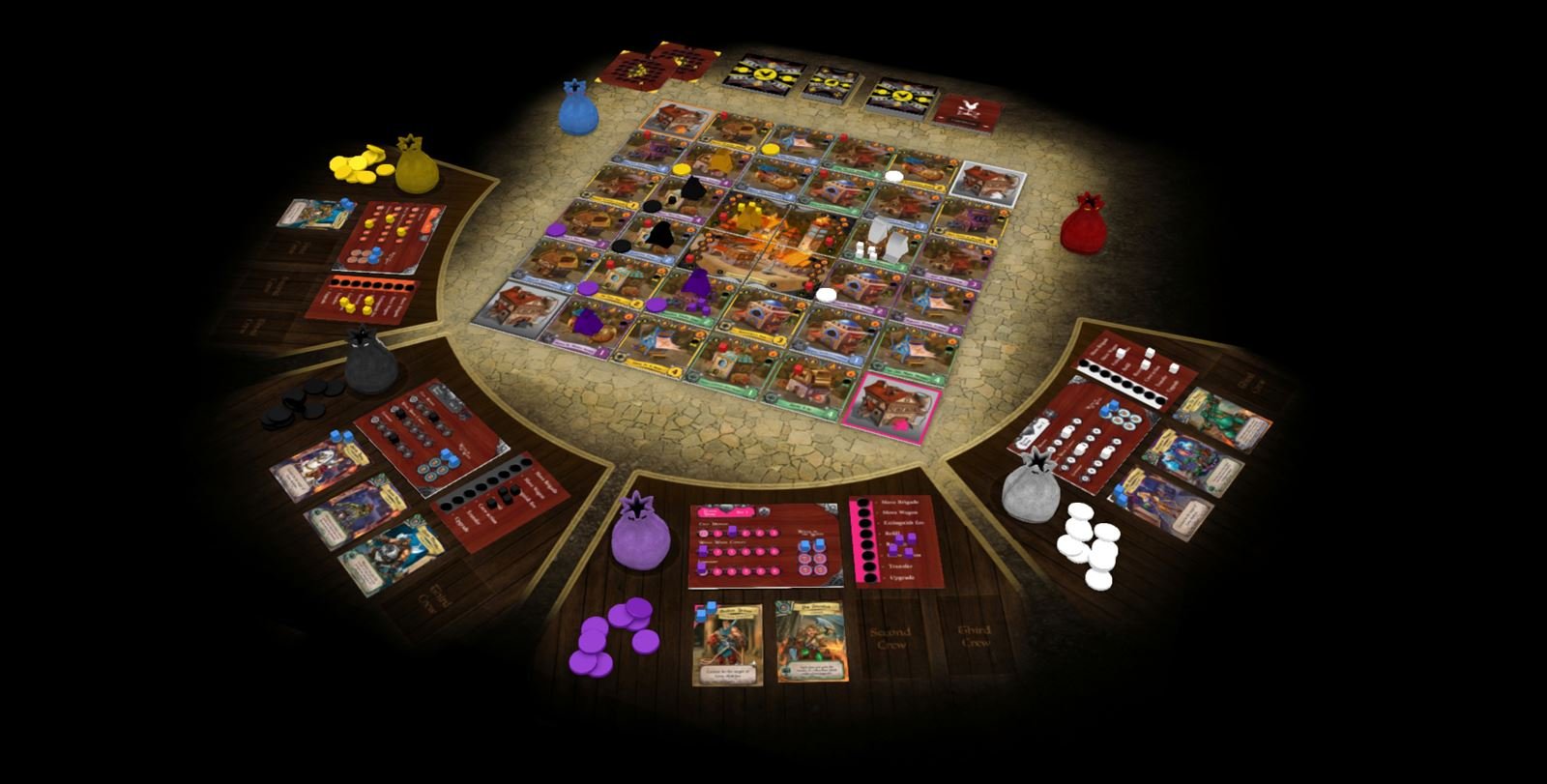 Magical fire storm has appeared above the Pyromancers University and fireballs are raining down on the city. Take control one of four rival fire wardens and build up your brigade to protect the citizens of Tinderbox. 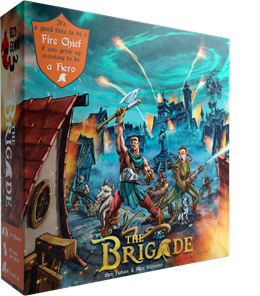 In The Brigade you control rival firehouses offering protection to the good citizens of Tinderbox. The aim of the game is to win the Loyalty of the people with acts of heroic fire fighting and earn the coveted position of Fire Chief.

The Brigade is an action point system game that allows players several different actions. Players must put out fires in order to gain loyalty, the more loyalty they have the more likely they are to become the fire chief. Players can also upgrade their firehouse, the amount of crew they can hire and their water wagon to put out stronger fires.

To win the loyalty of the people you must impress the enough that they will support you to become the Fire Chief, gaining the respect of 5 blocks or the same type, 5 blocks of different types will ensure your position. Alternatively, Earning respect from the highest and most prestigious people before one of the end game triggers will also get you that top spot.

You can support the game's development now via Kickstarter (the project is already funded)!

"I think it’s a great game – it’s got a nice mix of light strategy with a lot of tactical manoeuvring, plus some randomising mechanics that ramp up the urgency of the game for all the players. " — Games vs. Play