Games for this weekend №10 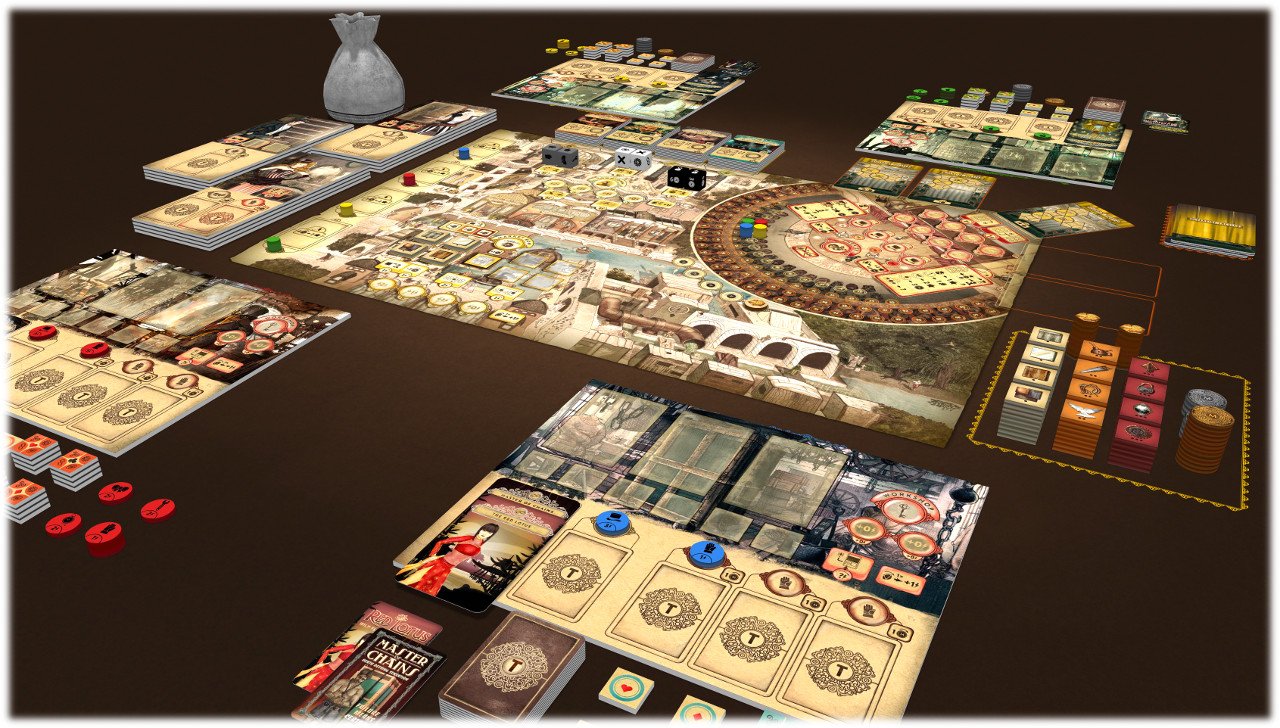 Steam Torpedo: First Contact is a game of underwater battle tactics for two players, with each game lasting 30 minutes on average.

Before facing his opponent, each player builds his or her own submarine by selecting ten tiles to outfit the different compartments. Shielding, faster engine or firepower: each submarine will thus be unique, and players will need to develop their own strategy! In Trickerion – Legends of Illusion, players take on the role of famous stage illusionists in the mystical city of Magoria. Their goal is to acquire the most Fame over the course of five weeks, thus winning a grand competition for the mighty Trickerion Stone.

Players will learn more and more breathtaking Magic Tricks, acquire Components for them, and extend their team to be able to take more Actions each turn. Tricks are stored and prepared in the Magicians’ own Workshop. At the end of every turn, each Magician can perform their own spectacular magic show for Fame, fortune and shards of the mysterious Trickerion Stone. The player who is the most famous after five weeks wins the game... A genuine Swintus always thinks about food and would never give up a chance to store up some! Prove that you are the best at hoarding food. Start chasing those calories now!

Each player has 7 dice of their own color. The players roll the dice and use the results to obtain food cards right before their opponents can do the same. The first player who collects 7 pieces of the same food wins the game.