Games for this weekend №2 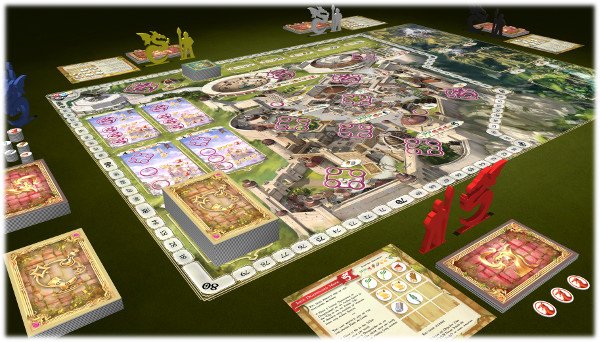 Simurgh is a game by NSKN Games for 2-5 players who become heads of powerful clans in a fantastical world where humans and dragons live, hunt and go to wars together. As a head of a powerful family, each player will breed mighty dragons, make use of their special abilities, gather resources and try to make their house the most powerful by gathering the most Power Points.

Lead one of the houses, build its might, train its dragons and be ready to rule over all humanity, as the Shattered stand against you and your mighty Simurgh. In Höyük, each player represents a clan that settles with other clans to erect a village. During the game, a replica of a Neolithic settlement will be built on the Höyük board using tiles that represent houses.

The goal of the game is to build the best settlement and score the most victory points, with multiple paths to victory and many choices along the way. The best clan will prevail in Höyük! Raid & Trade is a post apocalyptic game of negotiation and resource management for 3-5 players created by Mage Company. From the ashes of a devastating third World War, a precious few golden cities emerge offering hope to those who struggle for survival in the wastelands. Players explore the ruins of the modern world completing quests, honing their skills and maneuvering for social status in order to claim a precious spot as a citizen with a Golden City. Sky Dynasty by Robert Miedel is a deck builder game themed in a futuristic setting. Players compete for control over seven different locations which each offer unique advantages such as purchasing cards, gaining money, or earning influence (victory points).