Fill your pockets with pirate treasure or keep it light and escape! 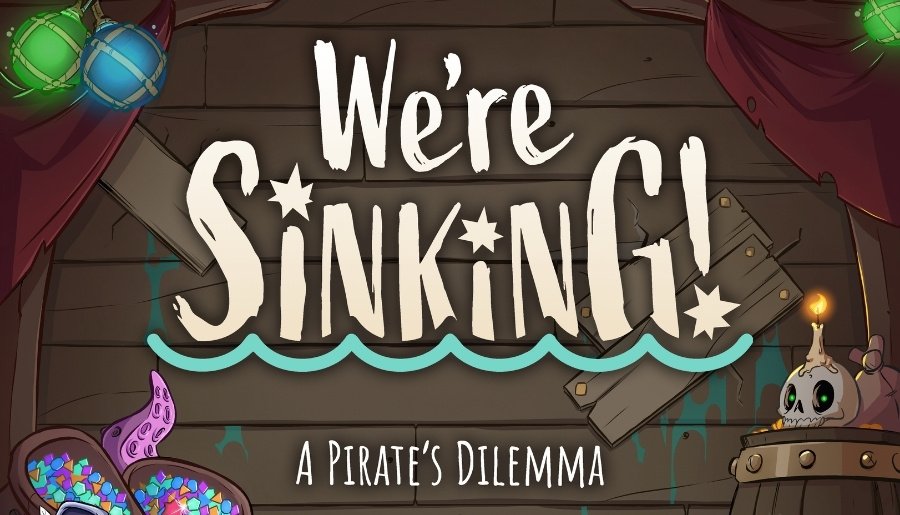 Players take on the roles of pirates on a ship under siege. As the ship takes damage, the crew must work together to repair the ship and defeat one of the threats,(Kraken, Skeleton Pirates, Megaladon, and Sirens) while keeping the ship from... well, Sinking! Will you or your fellow crew choose to selfishly pocket treasure instead as precious time runs out? The game is over if you can manage to take out the threat. You win if you have the largest total score of treasure. If the ship sinks before taking out the threat, you win by having the fewest cards in your hand so that you're light enough to escape on the lifeboat.

A pirate's life is all about the treasure, or surviving to tell the tale! Turn yourself into a legend by defeating the enemy, saving the ship, and having the most valuable loot in your hand. But if the ship sinks first, be the pirate who survived to tell the tale by having the fewest cards in your hand so you can be light enough to flee on the lifeboat. 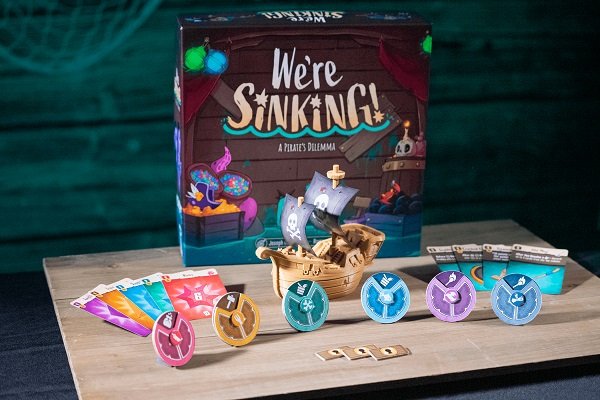 Players constantly make tough decisions as they change their strategies based on how close they think the ship is to sinking or how trustworthy their fellow mates ar(rrr)e. 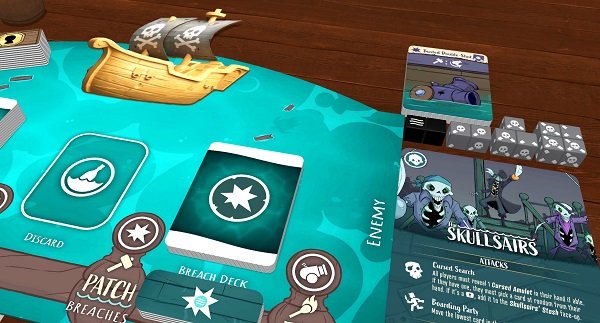