TOURNAMENT ANNOUNCEMENT: With A Smile & A Gun

Play the With A Smile & A Gun Tournament And Win! 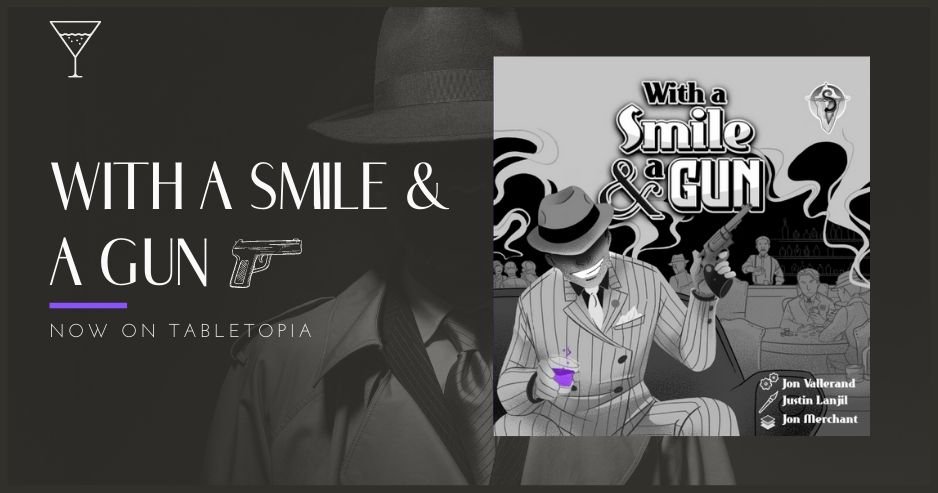 With a Smile & a Gun is a fist-clenching game of intrigue and sneakiness, where 2 Criminal Gang leaders fight over the domination of a City’s underground businesses during a very Noir Prohibition Era. They will have to out think their rival, send the Police in their business, use their Network’s abilities, and decide when to lay low and when to go all-out.

Here, this will get you in the mood:

Mechanically speaking, With a Smile & a Gun is a dice drafting, area majority game, about taking the last 4, not because you need it, but because your opponent does. Every round, 13 dice will be rolled into a pool. A player will draft two dice: one for their movement around the city, which will place influence, and one for an action.

After both players have gone three times, the Character (one of 5, which changes each game) will use the leftover die for their own movement, affecting the game in their own way. The player who attracted the least attention (lowest sum of Action dice) will get a special Scheming action, and then majorities will be scored for each district.

The player with the most points after 3 rounds wins the game!

Ahead of its Kickstarter launch, the creators are running a tournament right now, with the chance to win free Tabletopia Premium and a copy of the game! 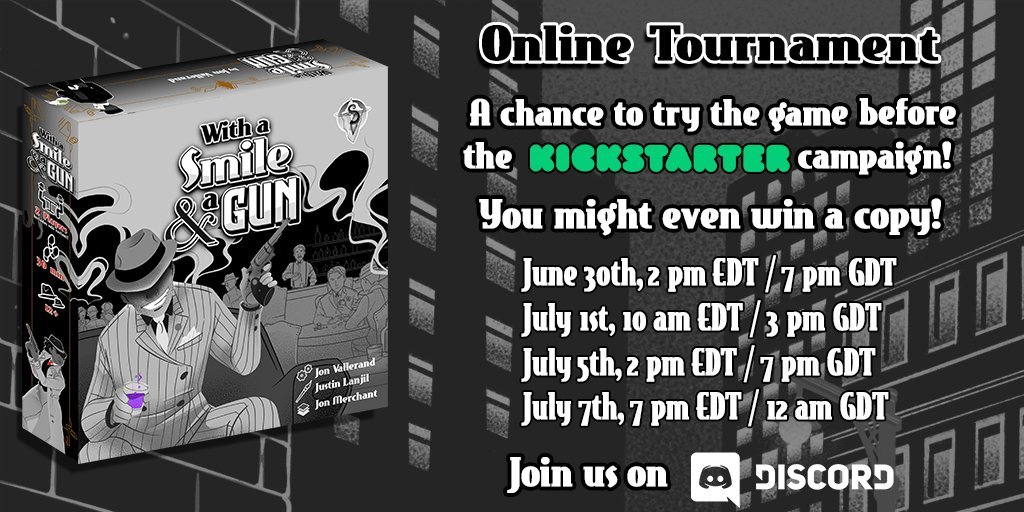 Play it for yourself on Tabletopia!