Collect the most poop by managing your wombats! 💩 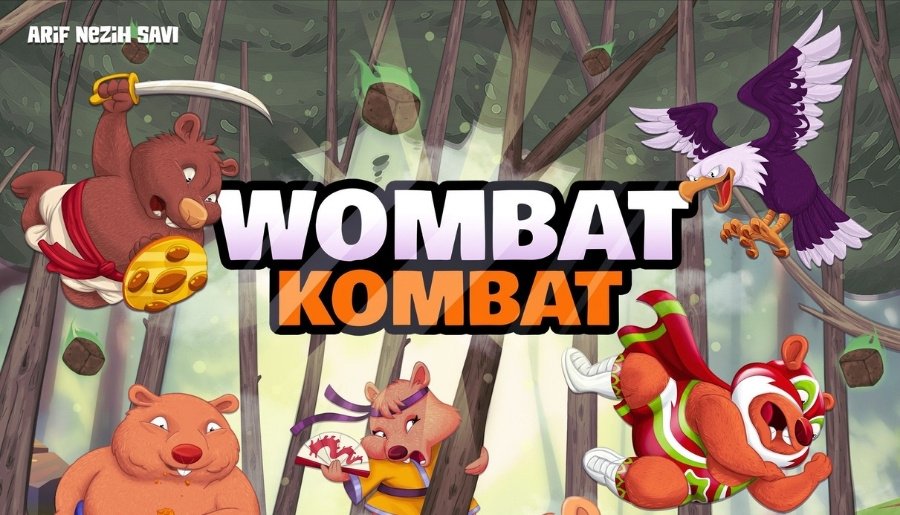 In Wombat Kombat, each player is a wombat general, managing their wombats. 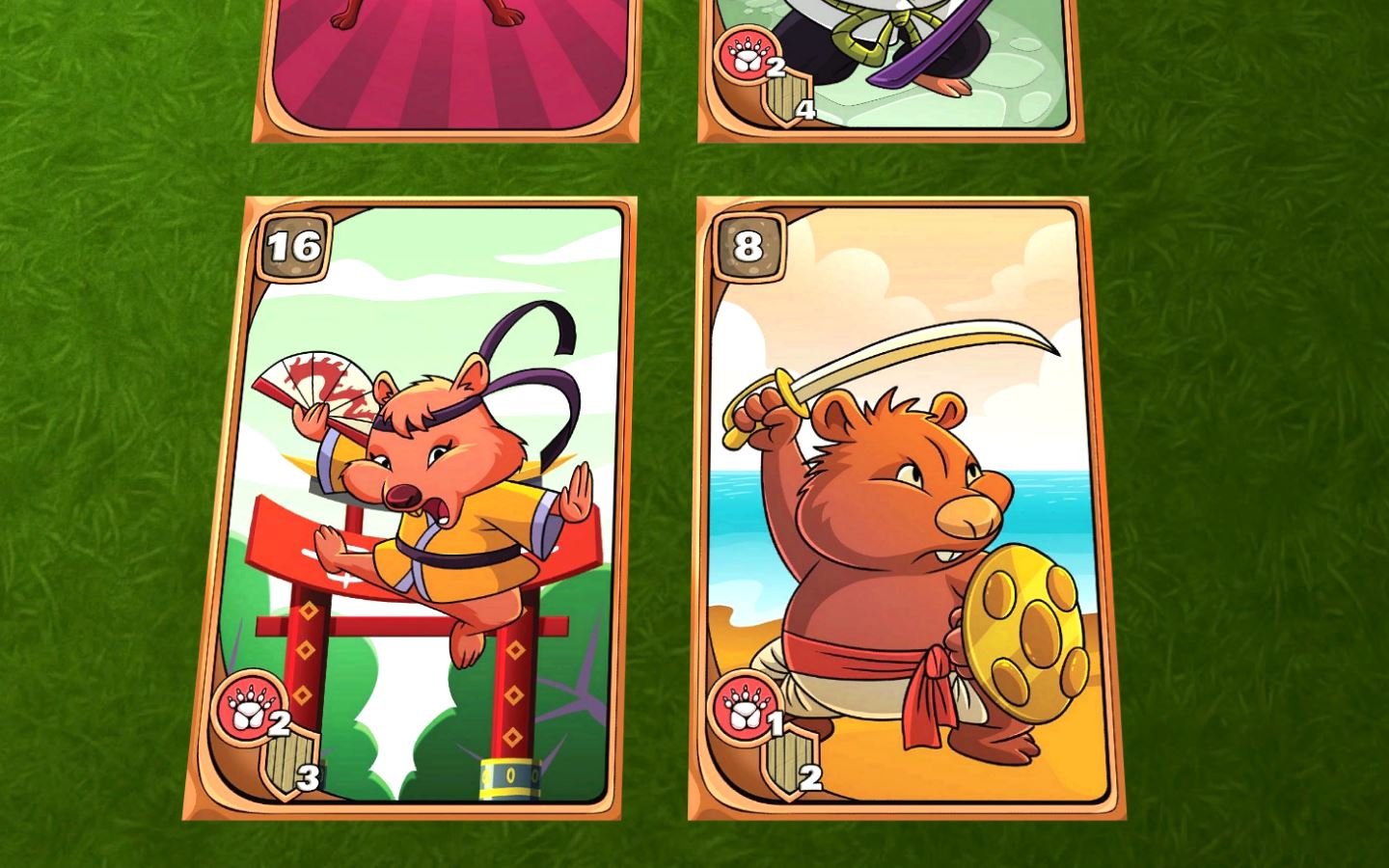 Players recruit fighting wombats with different amounts of Poo. When players have two or more cards of the same wombat in their hands, they can lay these cards on the table (if they want) to collect Poo at the end of the game. If, however, an opponent lays out more cards of the same type, then the wombats of that type already on the table are flipped and placed in the respective player’s burrow, face-down. The game ends when one player lays down five different wombats in front of him/her or the Draw Pile is exhausted, then players proceed to collect Poo. 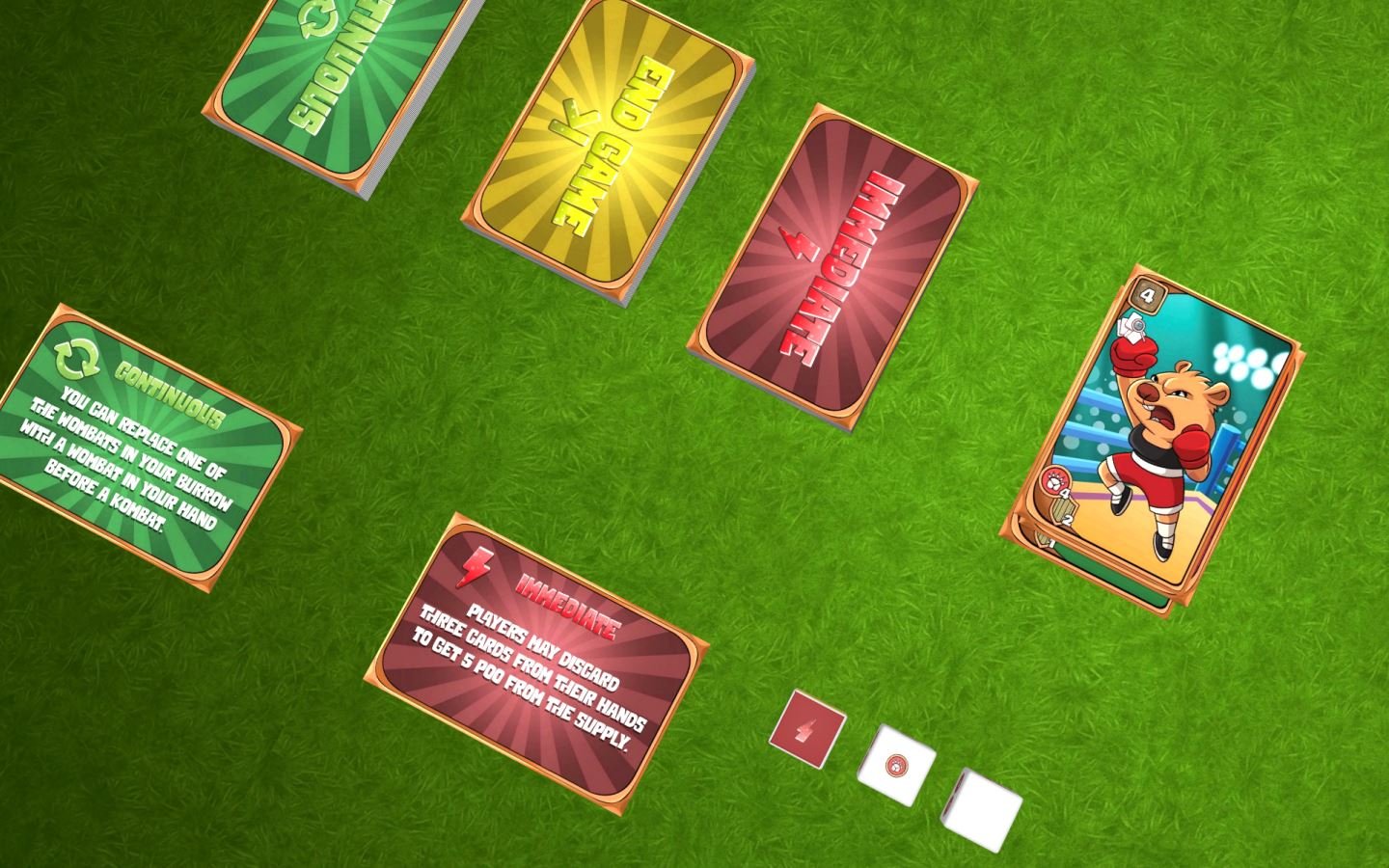 Each card depicts a wombat with a different fighting style. The number on a card indicates how many of that wombat is in the game – eighteen samurai wombats, for example, but only four boxer wombats. The number also indicates the amount of Poo that each type of wombat gives during scoring. Some cards have a special skill icon on the top left corner too, which only activates once (as you lay them down). It doesn’t matter how many cards with icons you have in one set of wombats. 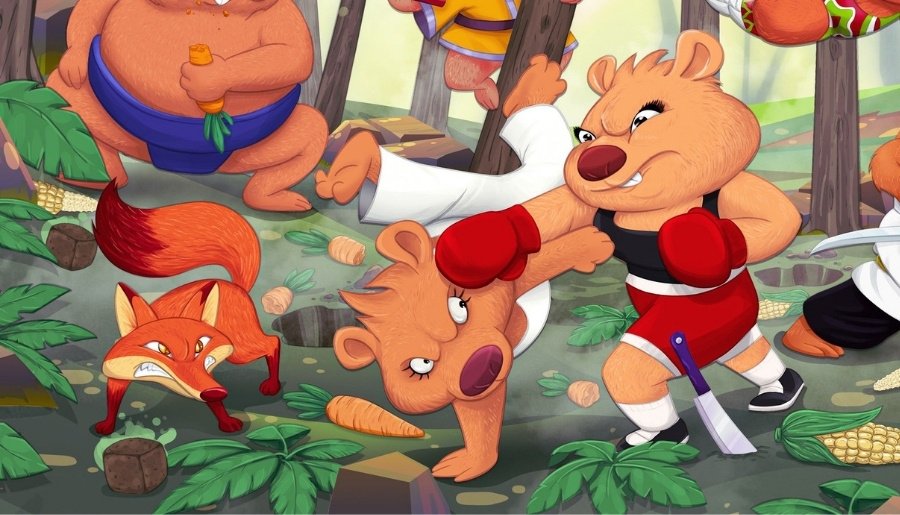 The player with the most Poo wins. In case of a tie, players should play another game to break the tie.